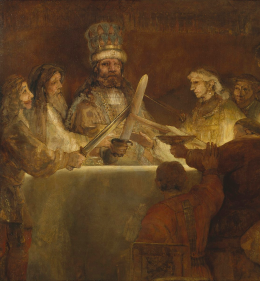 There has been a lot of talk lately about the mainstreaming of conspiracy theories. They are catching on among people who are not the usual conspiracy theory “type”: eccentric, slightly autistic, and with an overactive imagination. Now, conspiracy theories are beginning to catch on with normies and neurotypicals.

In three years, QAnon has gone from an obscure message board phenomenon to an unstoppable cultural juggernaut. QAnon videos continue to rack up massive numbers of views as Q devotees wait around for The Great Pumpkin to arrive. Before that, half the country spent a couple of years obsessing over Russiagate, a conspiracy theory promoted by our own elites about how Russia, essentially a Third World country with an economy the size of Spain, rigged the election of the most powerful nation in the world.

It’s not surprising that people took Russiagate seriously. “Respectable” people and ”legitimate” sources promoted the theory. QAnon, however, is a real enigma because it is so loopy, yet it has been embraced by an extraordinary number of normal people — some of them even quite intelligent people. Lin Wood may be a goofball, but the guy made it through law school, which requires a few brain cells. But that’s what makes this all the more surprising. You would think that a lawyer would understand the concept of evidence and know how to scrutinize claims.

I’ve heard some people say that Donald Trump appearing on the Alex Jones show was a significant turning point because it lent credibility to people like him, bringing them into the national conversation.

That said, America has a long tradition of conspiracy theorizing. The American Revolution wasn’t all about taxes and the principles of the Enlightenment. Before and during the Revolution, all sorts of conspiracy theories circulated regarding nefarious plots the British government was cooking up that we now know were never going to happen. One rumor suggested that the Church of England was scheming to have other denominations outlawed. The first major third party in American history was The Anti-Masonic party, which was entirely dedicated to ending the influence of secret societies that they believed were controlling the country.

And of course, all governments will promote conspiracy theories about their enemies during wartime as propaganda. During WWII, the government promoted a conspiracy theory about the Axis powers’ plan to take over the entire world. Once Hitler was done conquering Europe, he was going to conquer Africa, then South America, and then North America until they controlled the planet. 60 years before the Iraq War, the elites were playing the “We have to fight them over there so we don’t have to fight them over here” card.

During the 2020 Black Lives Matter riots, the Left claimed that widespread Antifa violence were false flags by white nationalist infiltrators in the crowds who caused mayhem in order to discredit the movement. I saw several social media posts from people claiming to have seen busloads of Nazis and white militias arrive at BLM rallies. “And they were like ‘Alright guys! Let’s get out there and start a civil war.’”

Similarly, after the January 6 Capitol riots, the knee-jerk response from normie conservatives was to claim that the people who stormed the Capitol were actually Antifa trying to make them look bad.

Now, I do not dismiss conspiracy theories on principle. Conspiracies do sometimes happen. Our institutions lie to us, and everything they say should be scrutinized. Sometimes things happen to leave loose ends and unanswered questions, and you have no choice but to engage in a little conspiracy theorizing. Even if you believe the establishment explanation that Lee Harvey Oswald acted alone, we still don’t know why he shot JFK. We still don’t know who he was meeting on his trip to Mexico City. We don’t know the answers to a lot of questions, and so in that regard, theorizing is all you can do.

But “conspiracy” should not be your default assumption. You should assume that any event is exactly what it looks like and only entertain alternative explanations when the facts don’t add up or if anomalies emerge.

For example, there are good reasons to think there might have been a conspiracy behind the January 6 Capitol storming; that it was something the establishment wanted to happen. There are videos of cops waving people in, et cetera. But that theory did not gain traction until a few days later when more evidence emerged.

The disturbing trend is that of people going straight to conspiracy without passing go and collecting $200. There has always been a small class of people who did that — now a lot more of them are doing it. This is what is new.

People are also beginning to turn to conspiracy theories as a coping mechanism. Before, I think many people approached conspiracy theories as entertainment. You’ve got a couple of hours to kill, so you watch a 9/11 Truth video. It was just a way to kill time. I was never a 9/11 truther, but I still enjoyed watching the videos. Some of them were very well done. There was some really good storytelling. It was bullshit, but it was very entertaining bullshit.

But those videos didn’t make you feel better about the fact that 9/11 happened or that the Iraq War was going on. That was never their intent or their appeal. If anything, they might have made you angrier. If there was any emotional reward, it was that they made the world you live in a more interesting place.

This is happening all across the political spectrum. Democrat conspiracy theories tend to not be as loopy as hologram Presidents or Satanic pedophiles drinking baby blood, but they are more paranoid. The Left is currently obsessed with the idea that our government, police, and military are riddled with white supremacist infiltrators.

I don’t doubt that there may be some closet Daily Stormer readers in the government, but that’s not what most people think when they see the word “infiltration,” which connotes espionage. It suggests these people signed up for the specific purpose of advancing the cause of white supremacy and are regularly reporting back to KKK Headquarters, sending top-secret government documents to the Grand Wizard.

It’s odd that the more repression and censorship white nationalists get, the more paranoid the Left gets about it. The Left seems more paranoid about white nationalism now than they were in 2016-17, when the Alt-Right was spreading all over the internet like a virus. Back then it was all “small penis,” “mom’s basement,” and “can’t get a girlfriend.” Now they think that we have this elaborate network of spies throughout all levels of government. Prior to the mass censorship, Leftists were at least able to keep an eye on us. Now that white nationalism has been pushed more underground, they don’t know what we’re up to anymore and have let their imaginations run wild.

It’s a shame. Our country — indeed, our entire civilization — is heading into the abyss. Now more than ever, people need to be sober, level-headed, and willing to look reality in the eye. And yet people are sprinting in the opposite direction of reality as fast as they can.

I wish I could end this on a more upbeat note, but I can’t find an upside. I have no answer to this problem. It’s depressing. We’ve always hoped that once things started getting worse, people would have no choice but to confront reality. Well, things are getting worse, and people are retreating deeper and deeper into fantasy land. They want to believe that anything other than what is happening is actually happening.

I’d like to believe that, too. I wish I could. But I’m too autistic for that kind of self-deception.