The Mere Thought of Racism 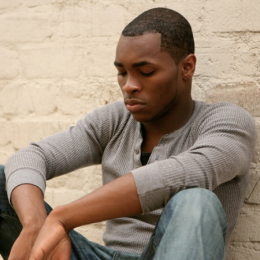 For the better part of the last 60 years, social engineers have been conducting a rigorous sociopolitical campaign in which they have attempted to merge biology with ideology. More precisely, they’ve conducted a successful experiment that has amalgamated the tangible traits of race with the abstract ideological concepts of –isms.

The result is a demonized, Frankenstein-like creation known as racism that does the bidding of its virtuous masters.

Oddly enough, this tyrannical creature can only exist with any sort of relevance in a neo-progressive society, where the eradication of physical struggle creates a vacuum that is inevitably filled by ideological struggle. For a society to be progressive, there must be a continuum of struggle, as struggle is the essence of the progressive condition. It is this very struggle that motivates social “progress” in the never-ending, futile quest of utopianism. A vicious philosophical cycle of master-slave morality is thus created, centered on perception (subjectivity), and not truth (objectivity).

As with our Frankenstein-like creation, social engineers have usurped science as a way of homogenizing truth with perception using propagated philosophy, where the terms definitively become synonymous (i.e., “truth is perception”). Or, more specifically stated: absolute truth doesn’t implicitly exist independent of the observer; rather, absolute truth is an explicit manifestation of the observer’s artificially programmed worldview.

To cite an example of this phenomenon, a recent study determined that just the mere thought of racism is a major contributor to the disproportionate levels of poor health among non-whites in the United States:

A new study by researchers from the University of Nebraska–Lincoln and University of Texas at Austin provides more evidence that the stress of racism contributes to health problems among people of color.

Published Monday by the Proceedings of the National Academy of Sciences, the study employed wearable sensors and daily surveys to measure college students’ stress response to instances of race-based micro-aggression; when they ruminated upon racism; or when they were vicariously exposed to racism. [Emphasis added]

It’s important to analyze the above text and then rationally process the study by asking an important question: is it actual racism that is causing these stressors, or is it the conditioned thought of racism that is the culprit? Allow me to pose an analogous question: is it the boogeyman hiding in the closet that is causing stress to the child at night, or is it the thought of the boogeyman in the closet? Once that question is answered, then the question ultimately becomes: who put the thought of the boogeyman in the child’s mind? And why?

The story of a protracted struggle, which will never end, against the inertia of superstition and ignorance, against the liars and hypocrites, and the deceivers and the self-deceived, against all the forces of darkness and nonsense.

Science isn’t the study of how people feel when they think about socially engineered concepts that are the equivalent to the boogeyman. Obviously, if you’ve been told every day that the boogeyman is both real and the source of all your problems, it’s going to create stressors (psychological and physical) when you contemplate it. That isn’t scientific reason, that’s just common sense.

Digressing, the study goes on to draw a direct correlation between the stress caused by “ruminating upon racism” and the disproportionate amount of chronic health problems among non-whites:

“When people experience an incident of racism, their bodies respond to that as a stressor,” said Bridget Goosby, a University of Texas sociology professor who co-led the study while at Nebraska. “This is the initial physiological response that is the beginning of a cascade of symptoms in the body. That continual cascade can lead to wear and tear on the body and to health conditions we see prominently in the African-American community and in some cases the Latinx community.”

Previous studies based largely on self-reporting have found connections between exposure to racism and chronic ailments such as obesity, high blood pressure, diabetes, and heart disease, many of which occur disproportionately among minority groups.

This particular study has a major methodological problem. There isn’t any clarification or documentation of what an “incident of racism” consists of nor any examples of a “race-based micro-aggression.” It would only seem to make sense that if you’re going to present a theory that the thought of racism causes obesity in non-Whites, then the data should also include a precise understanding of what a “thought of racism” actually is (in the same way there should be a clear understanding of what obesity is). For data to be logically processed, it’s essential to define terminology. Otherwise, it’s just an apples and oranges discussion.

For example, a “microaggression” is defined as “a comment or action that subtly and often unconsciously or unintentionally expresses a prejudiced attitude toward a member of a marginalized group.”

The Nebraska study appears to be one of the first to confirm the stress reaction when it happens. It involved 100 racially diverse students — 31 African-American, 24 Latinx, 25 international students from Africa, and 30 students from refugee communities, primarily Sudanese. For two weeks in fall 2016 and another week in spring 2017, they wore wristbands that measured electrical characteristics of their skin, a marker for sympathetic nervous system activity. They were also sent text messages each morning and each evening providing links to surveys where participants reported stress-triggering events.

Findings were mixed with refugee students and international students. The African students showed arousal when they deeply thought about racism, perhaps reflecting that they didn’t recognize discrimination until they thought about it later. Refugee students were less likely to report negative emotion and race-related stress in general, possibly because their membership in a close-knit, highly cohesive community was protective. [Emphasis added]

While it’s somewhat confusing why a study focused on the adverse effects of racism didn’t include white people, their research did reveal some interesting findings that we can decipher using deductive reasoning:

Perhaps at some point, there will be a comprehensive study on the effects that diversity has had on white people. If “microaggressions” and experiencing racism “vicariously” cause non-whites to have heart disease and diabetes, it will be fascinating to see what demographic replacement, systemic discrimination, dehumanization, and historical erasure causes white people.