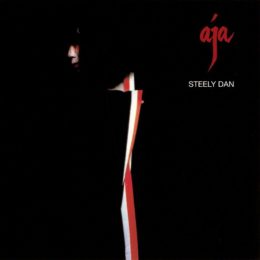 Steely Dan, I would argue, is less of a “band” in the sense that we think of one in the West. Steely Dan was actually surprisingly non “band-like” for their time period, in which the trappings of fame increasingly began to focus on the personalities of band members and their stage presence as a kind of celebrity unto itself. No, Steely Dan as Becker and Fagen is more of a compositional outlet, an idea. Criticism has been leveled against the two for their habit of hiring small armies of session musicians to perform their work in the studio and enrolling a similarly motley crew of touring musicians to recreate their work on the stage, a supposed sign of being ingenuine in the heyday of band culture. Their studio antics, slick experimentation, and refusal to be rockstars made them anti-heroes of their day, a rebel status that lends them sustained appeal.

But is this really inauthentic? If anything, such a situation reminds me more of famous composers of yesteryear, who were never expected to perform their own pieces, nor were those who recreated them considered original artists. Becker and Fagen are men of ideas and great musical talent who played the studio and their session musicians like instruments themselves. Their ability to organize men and produce music in-studio shines with equal radiance as their musical talent does.

Aja, released in 1977, is another entry in this Dan tradition. Take the list of personnel they enlisted for the album:

You could sack a town with a crew that big!

Aside from the creative advantages that such an arrangement affords, the band’s studio prowess is unmatched from any other rock-forward group of the era. Aja makes for a fantastic test recording; its production is positively immaculate. One can get an immediate sense for how well your headphones are working with the first bass slides that open up “Black Cow.” Aja’s crystalline master quality and demanding studio trickery landed it the award for Best Engineered Recording at the 1977 Grammys.

Aside from the band’s anti-band status, Steely Dan incorporates another sizeable element into their repertoire: their wealth of cultural touchstones and historical references wrapped in a kind of sincere Americana that could only be accomplished by the band’s healthy wink of irony. The Oddysean open road of “Home at Last” fits perfectly alongside the content loserdom of “Deacon Blues,” a track that acknowledges the sillier and darker sides of American life, but decides that they’re just as worthy of celebration as anything else. The patchwork of songs on this album are all about very personal experiences, a slice-of-life perspective that sends a compelling, and heartwarming message: all of these vignettes fit as parts into a fantastic whole.

Despite the great deal of influences and sentiments that went into making Aja whole, the album never overwhelms, as is frequently a risk for jazz-influenced albums. At times, in fact, Aja feels remarkably sparse, such as in the clean plucks of the aforementioned “Black Cow,” in the simple, yet energetic backbone of “Peg,” or in the tender interludes that break up more complex tracks, like “Josie.” What may be Aja’s greatest strength is its chameleon-like ability to avoid interrupting the listener when they are hearing the album passively, as its arrangements are never overly daring nor necessarily unconventional. But when one gives Aja your full attention, you can be pleasantly surprised by just how much variety and intrigue can be packed into such a trim album, all without interrupting its infectious groove and logical track order.

It would be dishonest, of course, not to mention “The Jew” Fagen. It is not improbable that a great part of the band’s irony and witticisms come from Fagen, in line with the attitudes and outlooks of his people. But Fagen also serves as an interesting example of what Jews are capable of doing when they’re not set out to do harm. As musicians, they often rank among the best, even in our circles. I won’t waste time trying to explain why, as that’s not really relevant — what is more important is what we can learn from these observations. Not all Jews are bad, sure, but Fagen is an obvious example of a person doing what he’s good at in a context in which he won’t cause much damage. As a musical puppet master of sorts, he is exceptionally talented. But the key word is exception. Fagen’s contribution to our music is a happy accident, one that can be explained with our dialectic with a massive disclaimer looming over the top: but what if he wasn’t making music?

The Right isn’t in the business of writing off people, necessarily, but deciding that observable behavior among groups is a useful tool for determining whom we associate with and whom we let into our societies. Those who build straw men could cite Fagen as an example of a Jew we like, or a Jew who does good, and believe they have blown a hole in our worldview. But they haven’t, because Fagen still behaves Jewishly, just in ways palatable to us; the missing piece of this “not all X are like that” argument is the fact that non-subversive Jews still behave in predictable ways. We can’t have every Jew be a Donald Fagen, or a Geddy Lee, or an Itzhak Perlman. There’s no reason to hate them, sure — but I would prefer we not have to think about it at all.

For the time being, however, we do have to think about it, and Donald Fagen was a member of Steely Dan.

You would be silly to let that ruin your yacht rock party, though.

« I’d Rather Have the Klan Than This