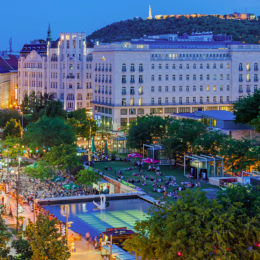 What makes a place? Perhaps the best definition is simply where one feels they can linger. A “place” is a location that can be both a destination and a path. When we consider places, they invariably have a few attributes that make stopping there or passing through there a memorable experience. The opposite of a “place,” as it where, would be “nowhere,” the parts of a journey that lack distinction and are therefore forgettable when we pass by them. When forced to linger “nowhere,” the experience is tinged by boredom, or even uneasiness or the sense of the uncanny. When we pass by a city, a national park, or a gorgeous vista on a road trip, we remember that “place.” Passing through the suburbs or through indistinct prairie on that same trip usually does not stick in our minds.

So, what makes a place? More specifically, what causes us to either remember a place or to linger there? It is easy to get caught up in specifics with a definition like this. A “place” is not necessarily defined by cafes, stores, natural features, or people, though these are all part of what contributes to a place’s value. The term place carries with it a useful, but often forgotten, subtext: one could easily say that a “place” is simply shorthand for “a public place,” area where it is expected that members of the public will congregate, and are therefore built to make such a thing both feasible and enjoyable. Shops, restaurants, greenery, and most importantly, other human beings, are all part of that. Public spaces are inherently democratic in nature, as they are a reflection of the societal norms that govern the civilization they are found in. In the West, our public spaces are defined by a struck balance between respite and recreation; we don’t take kindly to shouting or drunken shenanigans in city parks, but conversation between friends and strangers or solitary activities such as reading are both considered hallmarks of the experience.

A place must be accessible, either on a micro-mobile basis — such as a park within walking distance — or on a grander scale, such as the nature reserve next to a train station, or the hot spring tucked away at the end of an arduous hike, the hike itself being a part of the place as a whole. A place must have some defining characteristic, whether that is its simple and useful location (“the park next to the university”), the presence of a built feature (“the plaza with the statue of Ferdinand”), what someone can do there specifically (“the marina with the paddleboats”), historical or memorable significance (“the building where the Constitution was signed”) or anything that can immediately set itself apart from any other geographical location on Earth. A place also lacks pretenses and is open to both activity and rest at once. One can go to the tennis courts and play tennis, or simply sit and watch games happen before you.

In the modern age, what may be the critical attribute of the public space is the absence of commercialization. This does not mean that commerce, as a rule, doesn’t occur here. Rather, this means that use of the space is not contingent upon a transaction; an entry fee, the expectation that one orders drinks or buys trinkets, or any other number of nickel-and-dime tactics that dominate modern life. A place demands nothing of those who go there but their abidance by societal norms, a prerequisite to any constructive interaction with people or things in a nation.

The West used to build and protect some of the most envied places in the world. The scenery that graces postcards sent from Europe, North America, and Australia feature some of the most photographed places on Earth — plazas, forests, harbors, and castles — and have been host to both pleasant mundanity and major historical events.

What do the places of the West look like today?

They’re populated by foreigners. The homeless and panhandlers. Tent cities. Aggressive drunks. Brain-poisoning propaganda pieces, like the various Black Lives Matter graffiti, both spraypainted and state-sanctioned. The public spaces of our countries are now defined, in a cruel inversion of their original meaning, by a rejection of social norms. They are unpleasant spaces, areas in which one fears harassment, assault, or theft. In the multicultural, atomized West, public spaces are nothing more than contests to see who can most effectively colonize the area. Far from being a “victimless crime,” rap music blaring from speakers and littered heroin needles signal to polite society that you are not welcome here.

As a result of this sorry state of affairs, the peoples of the West have no place for them. They have exactly nowhere, and not just “nowhere” in the absolute sense of the word. White people still inhabit space and they still move around. But the spaces we do this in are the “nowhere” of forgettable landscapes, the spaces that lack soul or distinction. The unremarkable hellscape of suburbia that we pass through on freeways at speeds quick enough to get the ordeal over with are where we reside. Our workplaces are either dreary, sullen, post-industrial pillboxes or hopeless crystalline shards jutting into the air as monuments to banks, television stations, or insurance companies.

The philosophy of modern built spaces is that of nowhereism, the insistence upon environments that can be replicated across time and space with little to no change made in accordance with when and where they are found. These nowheres are hollow husks, carved-out holes to be filled with hubris and consumption. This development is not unprecedented. Nowhereism is simply liberalism applied to the physical environment. Nowhereism is the direct consequence of a philosophy that rejects the very idea of a collective public sphere. Instead, nowhereism enshrines the supremacy of retreat, ghettoization, and one’s own personal space at the expense of literally everyone else. Noise pollution, commuting, and endless concrete sprawl are the externalities of affirming each man’s right to disturb the peace as he sees fit.

After all, it is impossible for the public space to exist in a multicultural society. The only reason that grand parks, agoras, and trails existed in the first place is that everyone was in agreement on how to use them. In a homogeneous society, it can be reasonably expected that when you go out in public, you will encounter people who generally behave like you. When a foreign element is introduced into your society, this delicate social contract is breached. You can no longer expect your own kind to behave in the ways that suits your society outdoors. Far from simply tolerating the presence of alien norms and public behavior, however, the end result is a proxy war between incongruous groups for the right to public space. White people have a unique predisposition to politeness and order, which are ineffective weapons against the rude and entitled. Of all the humiliations that the West has suffered so far, perhaps the cruelest is the legal protection afforded to those who robbed us of the cities we built.

Sometimes, it seems like the entire country has become nowhere.

The apparent solution is, then, to walk away from public spaces and take up shelter in the private domain. This is the innate appeal of the “quiet” suburbs; it allows man to exercise sovereignty over his own little fiefdom, to practice the norms of his society, ironically enough, in the comfort of his individual bubble. Far from a revolt or rejection of the ills that plague the outside world, this is also a symptom of liberalism as it applies to physical space. It is difficult to criticize on an individual level, as no person actually wishes to suffer the indignities and danger present in the public sphere. Even the urbanite petit bourgeoisie who take great pride in their decision to live in the cultured city take great pains to insulate themselves from the consequences of their ideology by living in guarded condo blocks, or through the macro-process of gentrification. The end result is the same, however; every man for himself, residing nowhere.

When we look upon that which we have lost, we do not have just foreign enemies to lay the blame upon. The dissolution of the public sphere is a symptom of decay, not the cause. You’re not to blame on an individual basis for wishing to get away from it all, but that is just the problem with the calculus of liberalism; it’s not your fault, but on a grander scale, it becomes our problem.