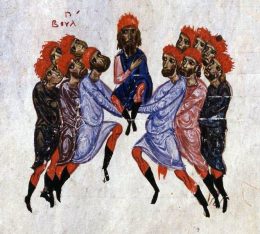 Peter Delyan was a famous Balkan hero who led an uprising in 1040 against the Byzantine Empire. Comparisons to William Wallace or Braveheart wouldn’t be out of place, as Delyan was a larger-than-life character that was able to lead ordinary peasants into battle and revolt against a larger, occupying force. I’ve spent the last week learning a lot about Delyan while visiting one of my best friends in the Balkans. Each day, we’ve been sightseeing around his hometown, all while having guy talk about history, politics, and the importance of male friendships.

By the 11th century, the Byzantine Empire was a multi-ethnic empire that controlled most of the Mediterranean and the Balkans. With imposing taxes and increasing control over the church, the subjugated people of the Balkans quickly began to resent their oppressors. Delyan, who claimed to be the grandson of the Bulgarian emperor Samuel, was able to both inspire and command various rebellions throughout the areas of what we now know today as Macedonia, Bulgaria, and Greece. While his uprising was ultimately suppressed by the Byzantines in 1041 (with the help of Harald Hadrada and his Varangian Guard), Peter’s memory and legacy still live on today, particularly with current events and demographic issues.

Just yesterday my Balkan friend and I were discussing two major issues facing the region. We talked about the recent statement Erdogan made, explaining that Turkey would no longer stop migrants and refugees making their way through Turkey into Europe. This despite all the money and funds that European countries give to Turkey each year in the hopes that they might maintain their borders. Once again, Erdogan is all but threatening to unleash another wave of invaders into Europe. While most of these invaders make their way to Western Europe and Scandinavia, the Balkans are left to deal with the garbage, pollution and property damage caused during their travels. While one could somewhat expect such actions from Turkey, our Western governments and the European Union are just as bad, if not worse.

The other issue we talked about was how local Greeks were protesting the building and expansion of more refugee resettlement camps on the Greek Islands. You would think that the Greek government, military, and police would be protecting Greece and the Greek people from foreign invaders. Yet instead of listening to the concerns and will of the Greek people, the government sent in police and military forces to arrest the Greek protestors. Thankfully, many of them have stood their ground and have continued their protests.

Being two guys, we didn’t just talk politics and current events. We had guy talk. We talked about our favorite movies and TV shows. Both my friend and I are huge fans of Mafia films. We both quoted our favorite lines from The Godfather I and II. We also compared our favorite characters from The Sopranos, mine being Phil Leotardo, a character that many fans forget served 20 years in prison. It’s been explained in other articles, but organized crime dramas appeal to guys as they portray men dealing with power, loyalty, honor, and betrayal, all while being outlaws in their societies. This is something that modern nationalists can definitely relate to. 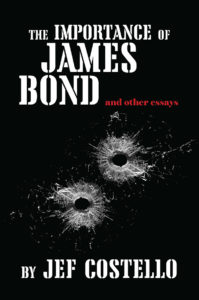 We also talked about music and video games of our teen years. Both of us grew up listening to heavy metal, so we talked about our first albums and the best concerts we ever attended. My friend was a little jealous that my mom took me to see Metallica, Megadeth, and Iron Maiden as a kid. We also debated which Final Fantasy game was the best of the series. His choice went to Final Fantasy XII, where I gave the stereotypical answer of Final Fantasy VI, with the caveat that I thought Dragon Quest was a better series overall.

Regardless of the topic, guy talk is important as it allows men to communicate, share advice, and most importantly, build friendships and communities. These are things that white men throughout the world lack in regards to other racial groups. When you see non-white men, you often see them in groups. Yet how often do you see a group of white men walking down the street or congregating in public? While white people are becoming minorities in their own countries, white male friendships seem to be close to extinction.

Others have discussed this issue before, but suffice to say, I want white men to form Männerbunde. Each of our guys should have a group of white male friends that they can socialize with and help each other become the best versions of themselves. This is what I’ve felt the last two weeks, being around fellow nationalists in the Baltic and the Balkans. Helping and supporting my friends in their events has been one of the best times of my life, along with being one of the most productive.

Despite the many things my friends and I have in common, we still have our differences. For example, I think Europeans have a stronger sense of ethnicity whereas Americans have a stronger sense of race. This is natural, as each group has dealt with different challenges at different rates. While I think that both groups can help each other maintain a balance between ethnic and racial identity, some groups may have a harder time than others. This week alone has been an eye-opener, as my Balkan friend elaborated on the details of the Yugoslav Wars and the US-led NATO bombings of Serbia.

In regards to the Yugoslav wars of the early 90s, neighbors who were friends one day found themselves in a position where they had to pick sides between Serbian or Croatian identity and nationality. Sometimes overnight, people who were once neighbors and friends were burning each other’s houses and raping each other’s wives and daughters.

Growing up in the US, this concept of white people killing each other is very foreign to me. While there are often rivalries and stereotypes between neighboring US states, I wouldn’t expect white Texans and white Oklahomans to kill each other if the US dissolved tomorrow. Perhaps this is a testament to the importance of having an ethnic identity with racial solidarity. While I don’t want Serbs and Croats to lose their nations and sovereignty, I also don’t want to see Slavic Europeans killing each other.

My Balkan friend also gave me a different perspective on the US-led NATO bombings of Serbia. The “official” story given by American media was that Serbia was persecuting the ethnic Albanian minority in the disputed area in Kosovo. Yet many Balkan people that I spoke to have explained that it was a certain ethnic and religious minority that was invading and expanding into Serbian territory first. And it was only after numerous rapes and murders by this ethnic minority that the Serbian military decided to step in and protect Serbian land and the Serbian people.

There were also a lot of details that the American government and media didn’t spend much time reporting on, if at all. In April 1999, the US launched airstrikes on various Serbian cities, including Belgrade, Novi Sad, Aleksinac, and Vranje. There were numerous civilian casualties as hospitals, schools, and apartments were heavily impacted. On April 12th, 1999 a US aircraft shot two missiles at a passenger train crossing a bridge near Grdelica, where approximately 60 people on the train either died on impact or were burned alive. On April 23rd of the same year, NATO bombed the Radio Television of Serbia building, where the civilian casualties are still disputed.

So why would the US and NATO support an ethnic minority encroaching onto other people’s land and territory? The nice thing about guy talk is that you can discuss various rumors and theories, regardless of their validity. Some say that the protection of a persecuted minority was just an excuse for US companies to get access to the area’s natural resources. Another theory is that a certain ethnic group was protected by the US because this group’s criminal operations in drug trafficking were funding many of the CIA’s clandestine operations. Of course, these are all just conspiracy theories and silly stuff that guys like to talk about, like the conversation my Balkan friend and I had on who would win in a battle: Godzilla vs. King Kong? (My vote went to Godzilla.)

The Balkans are often ignored by many people in our community, which is a shame, considering that we can learn so much from the history and resilience of our Southern European brothers. They have withstood countless invasions from foreign hordes, and in many cases, they have often been on the front lines defending Europe from destruction. The various Balkan groups have also lived hundreds of years under the control of foreign empires, from the Byzantines to the Ottoman Empire. Yet time and again, they have revolted and fought against their oppressors, with countless heroes risking their lives to protect their people, homelands, and sovereignty. From Peter Delyan to the Greek protestors in Lesbos, I support our Balkan and Mediterranean brothers in their continuous struggle for independence.

Until then, I hope you can make friends with other guys in our community. Choose your friends wisely and always be a positive influence on each other’s lives. Perhaps you and your friends will meet up and hold events just like the ones I’ve been lucky enough to participate in. It all starts with a few good men, discussing the issues of the day. Having guy talk, Balkan style.