What Can We Learn from the BDS Movement? 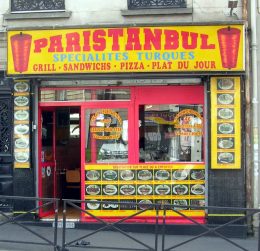 There has been a lot of talk recently about Boycott, Divestment, and Sanctions (BDS), a Leftist movement which aims to hurt the Israeli economy in support of the Palestinian cause through the boycotting of Israeli businesses and products. They also call for sanctions against the Israel government, and attempt to persuade institutions of all kinds to end any sort of dealings with Israel. The stated reason is that Israel is an apartheid state. The BDS even claims to be inspired by the boycott of apartheid South Africa during the 1980s. The response by Israel, NGOs, and lobbyists sympathetic to Israel has been surprisingly harsh and far-reaching, ranging from depicting BDS members as terrorists to attempting to ruin its adherents’ careers. (For more information on the Israeli reaction, see the documentary The Lobby.)

Quite honestly, I don’t particularly care about the Arab-Israeli conflict one way or the other. It occasionally crops up in Dutch politics, where people generally take a position on it along the Left/Right divide: Leftists tend to see Palestine as an oppressed, colonized state being subjected to racism, whereas Right-wing populists tend to be very anti-Islam and pro-Zionist, viewing the latter as a form of nationalism akin to their own. But none of that matters to me. What I find interesting about BDS is its concept of economic warfare. Seeing how such warfare played a huge role in forcing apartheid to its knees, and given the scale of the response to BDS, this seems to be an effective strategy.

I therefore want to suggest a BDS strategy for Rightists: We should boycott and divest ourselves from foreign-owned businesses in our own nations and communities, and push for legislation that sanctions businesses that openly side with Leftist causes. I mean this in terms of both large and small businesses. When a megacorporation like Coca-Cola promotes Pride, boycott them. Do not buy Coca-Cola anymore. The same should go with any other “woke capital” virtue-signaling to Leftists. In terms of small businesses, simply do not patronize businesses owned by foreigners. Avoid that kebab shop, and don’t go to that café if there’s an immigrant behind the counter. These are all perfectly legal ways to hurt both immigrants and Leftist megacorps. Vote with your dollar.

Of course, at present there are far too few of us to actually impact a megacorps’ bottom line. But raising awareness of this strategy in your area could at least put that kebab shop out of business, if you can convince conservatives and populists in your area not to frequent it. If there are enough of them, it could have a ripple effect and cause even those who are not activists to avoid the shop in question. And that’s one down. Talk to your neighbor who expressed an anti-immigration opinion. Try and convince him that patronizing that kebab shop down the street only makes the situation worse.

Against megacorps, just make a lot of noise. There aren’t so many Leftists who openly support BDS; certainly not in sufficient numbers to impact the bottom line of a large business. Nor do most of them have enough money to make corporations worry. But nevertheless, they know how to create enough of a stir in the public eye in order to persuade at least some corporations to stop doing business with Israel. BDS’ power is in their cultural clout. Granted, as of now, our little political corner does not even have the same level of influence that the fringe Left has, but what we can perhaps get megacorps to do is to accelerate their woke capital virtue-signaling. If we can attract attention about boycotting businesses because they endorse the transgender and homosexual agenda, their natural response will be to double down. And they will be supported in this by a stream of praise in the mainstream media.

What this may get for us is a further alienation of ordinary consumers from the businesses in question. Normal people do not respond well when they actually see the filth at Pride parades, or are confronted by 9-year-old transgenders and “drag kids.” Take, for example, race-mixing propaganda in advertising: It’s so obvious now that even typically race-blind conservatives in The Netherlands have noticed it and are complaining about it. These companies have pushed too hard in their advertising, and ordinary people are picking up on it. Thus, our strategy must be to provoke a response by loudly denouncing them as harshly and on as big a platform as we can.

That’s our version of divest and boycott. What about sanctions? We don’t have the power to impose sanctions on anyone. But what we can do is to try and push for legislation that impairs the functioning of foreign-owned and Leftist businesses. Banning halal slaughter on the grounds of animal protection would significantly impair Muslim-owned businesses in the food sector, for example. The resulting loss of halal butcher shops would force them to either resort to non-halal meat, which would cost them many of their Muslim customers, or else to incur extra costs to import the meat, which might be too expensive for many such business to handle.

The best way to accomplish these things is by piggybacking on Leftist causes. Animal rights activism could be used to promote the banning of halal butchers. Feminists aren’t too fond of gender mutilation; this disgust could be harnessed to get legislation passed that would ban foreign customs. Usurious financial institutions could be attacked by protesting against capitalism gone wild; one could push for restrictions on derivatives, for example. Back the Left when they push for restrictions on tax havens for megacorps – particularly for woke megacorps. For example, Starbucks is notoriously Leftist. Aside from not buying their coffee, we should support any politicians who agitate for laws that would inhibit their ability to avoid taxes through profit-laundering schemes. At the same time, start a campaign calling them Marxist sodomites and anti-white bigots so that they double down and start advertising their coffee exclusively with mixed-race couples and transgender models to alienate them from their regular consumers. These things together could very well force even a megacorp to go out of business.

Legislation can be used against all levels of the problem: advocate for laws and support parties, whether Left or Right, that propose policies that would hurt the interests of megacorps and foreigners alike. Advocate a ban on remittances. Ban owning more than one passport. Ban bringing pensions and other social benefits across borders.

But most importantly, start with your local small businesses, where you have greater power to influence what happens. Don’t buy that kebab, and report the shop for anything you can find: health code violations, the hiring of illegal immigrants, tax evasion, anything. Malicious compliance. And push for laws that make their operations harder. The goal is to create as difficult an environment for them as possible so that they leave, and hopefully so that others don’t come in the first place.

« Can a New Elite Save Us?
Martin Gurri’s The Revolt of the Public & the Crisis of Authority in the New Millennium