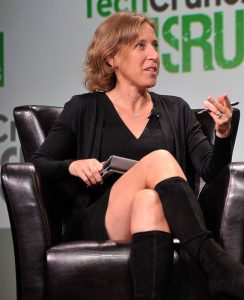 As many of you already know, YouTube has recently embarked on a campaign to purge dissident voices from its platform. As expected, the Dissident Right was the hardest hit, with such luminaries as Dr. Patrick Slattery and my fellow contributor here at Counter-Currents, Jared George, losing their channels outright. Many others have had their videos removed or demonetized. It’s all anyone’s been able to talk about on YouTube, and it is a cause for concern. YouTube gives our movement a link directly to Generation Z’s hindbrain. The kids have no time to read stodgy ol’ uncle Nick Jeelvy’s two-thousand-word diatribes on Counter-Currents, but they will faithfully glue themselves to their screens and watch the talking heads stream for hours on end.

Social media censorship is a gigantic problem which needs addressing, and indeed, bigger brains than mine have tackled this issue. But there’s a teachable moment here, and I’d like to use it to demonstrate the motivations behind the corporation’s actions.

The usual way of thinking about them is that corporations are for-profit businesses. They are what we in the continental legal tradition call legal persons – yes, Mitt Romney was right when he told the Occupy kids that “corporations are people, my friend.” Traditionally, they exist so that people may pool their resources for common business ventures, share the dividends of those ventures, and share responsibility for the business’ liabilities.” The modern corporate/legal person, specifically the limited liability company – the LLC, or its German equivalent, GmbH – and publicly traded companies (AG, Aktionengesellschaft) add a further layer of protection for the business owner, insofar as he is only liable to the extent of his investment in the company. Whereas before the invention of such entities – specifically, the GmbH in the Imperial German Reich – business owners were personally liable for any debts their enterprise might have incurred, and their personal property could be seized and auctioned off in order to cover said debts, they could now choose the extent of their involvement. Investing one hundred dollars only comes with a maximum possible loss of one hundred dollars. A pretty good deal, no?

However, in dealing with large companies, and especially in large, publicly-traded companies, we come to a serious problem. It was identified by James Burnham as the Managerial Revolution: the alienation of business owners from their capital leads to the rise of the managerial class – a class of men (and increasingly, women) who run companies without owning them. Sam Francis and Paul Gottfried expanded on this idea, demonstrating that the managerial class is broader than simply the managerial teams of large corporations, but rather permeates the state and other important areas of society.

The very existence of men of this class poses the agency problem: namely, the problem of trusting someone else to run your affairs. The agency problem is what makes a modern corporation so dangerous, economically speaking. We know that it is possible for the managerial class to prioritize short-term profit while concealing long- and mid-term fragilities which could bankrupt the company in the long run. Furthermore, modern managerial ethics prefer doing this through a combination of dishonest business practices and collusion with the government, which drain the aforementioned profit out of the smaller competitors; think of Walmart using a combination of price gouging and corruption/lobbyist clout to destroy local companies until it becomes the only option in a certain locale. This, per Nassim Taleb, accumulates fragilities in every community, as the supply chain in that particular locale has a single point of failure: Walmart. But until a catastrophic and unpredictable event – which Nassim Taleb calls a black swan event – destroys Walmart, it can run infinite profits, right? Well, it can, but it doesn’t necessarily follow that it will.

Burnham predicted that the managerial class would overrun the state and become its de facto ruling class. Sam Francis devoted his entire life to expounding the horrors that the managerial class has inflicted upon the West. But what makes this class so exceptional is the fact that they know how to run things – it’s right in the name. But this isn’t necessarily the case. Coming from the perspective of economics, Burnham failed to see that the managerial class has a common fount of ideas, a common religion that preceded it, that religion being American-style progressivism and the fount being Harvard University. For historical and status reasons, entry into the managerial class is secured by going to college (preferably Harvard) to learn the shibboleths of progressivism (which were invented by Harvard), to put on airs (as they do in Harvard), to hate Middle Americans (who didn’t go to Harvard), and to learn the latest in bullshit managerial techniques (concocted by half-mad Jewish feminists at Harvard). And then they go into business and manage the great banks and corporations, implementing the Harvard program. Enter Woke Capital.

But surely, the Right protests, working in this manner will bankrupt the companies! Go woke, go broke, as the saying goes. Yes, it will ruin them, but there’s a company can absorb a lot of ruination. That’s the first thing. The second thing is, the managerial class controls both the state and the corporations. There’s a revolving door between the regulatory apparatus of the state and the entities it is supposed to be regulating. It’s the same people on the inside as on the outside. So, naturally, they do favors for each other, and no matter how crappy or insane the latest woke management trend is, the government helps these corporations out.

The much deeper problem is that the managerial class does not share the fate of the companies it manages. They can run these things into the ground and get off lightly, as they have no skin in the game. Nassim Taleb will underscore the importance of managers not only being rewarded for success, but also punished for failure, and sharing the fate of the company, as otherwise they’ll be motivated to maximize short-term profit and hide fragilities in the far future. His analogy is that of a bridge-builder who is forced to live in a house under the bridge with his family, as happened in ancient Rome. It is interesting that Roman bridges are still standing, some two thousand years later.

No, what the managerial class does is to burn away the social and actual capital of the companies it is tasked with managing in order to signal loyalty to progressive orthodoxy. Pride Month is Woke Capital’s busy time of the year, as every megacorp tries to outdo the others in screaming loudly that they approve of sodomy. It’s not just playing along to get along; the people running these companies have Harvard’s insane ideology implanted in their brains, and they have the degrees to prove it. They’ll take their companies apart if it means positioning themselves further to the Left than their friends. And they won’t be punished for it. The company will burn while they get a cushy government or NGO job, especially if they’re fired for bankrupting the company through excessive wokeness. Can you even imagine the spectacle of some strahng independant whaman CEO whining to the world about how those mean ole shareholders expected her to put business before poopdick? In this day and age, it is wrong to assume that a corporation will act in a way most conductive to profit, because the people running those corporations are protected from the consequences of not running their corporations for profit; indeed, they are rewarded when they run a corporation according to the tenets of the progressive faith and virtue-signal. This is what is called a free option – they pay no cost for this whatsoever. They may ruin a company and put thousands out of business, but they’ll suffer no consequences.

We’ve come to a rather advanced stage of capitalism, when companies are no longer formed in order to do business, when owners have no control over the people managing their companies, and when they and the managers are insulated from loss. Those companies which, at one point, were seen as creations to maintain and cherish; which provided the livelihoods of many families; who were seen as monuments to success by the men who founded, owned, and operated them are now nothing but vehicles for personal success for the managerial class, who seek to fill their portfolios while signalling wokeness and holiness to their college friends.

Susan Wojcicki, the CEO of YouTube, is a dreadfully dull woman. She has also recently decided to signal her Leftism by purging the YouTube Right at the behest of Carlos Maza, a homosexual reporter for Vox who wanted Steven Crowder banned after Crowder imitated his effeminate way of speaking. Numerous commentators have quipped that she’ll ruin YouTube and make the highly unprofitable video-streaming service even less profitable. This is true. What’s also true is that it’s unlikely that the immigrant Brahmin in charge of Google will send her packing. More likely, she’ll be given a standing ovation at Google’s next TGIF meeting. But even if she’s forced to step down, or, God willing, YouTube crashes in flames and takes Google down with it, you can bet that Wojcicki, Pichai, Brin, and the whole stinking lot of them will be taken care of; the Left takes care of their own. In the meantime, our message will be obstructed at every juncture, and every morning, I’ll open YouTube with a sense of dread, fearing that my favorite programs have been nuked from orbit.