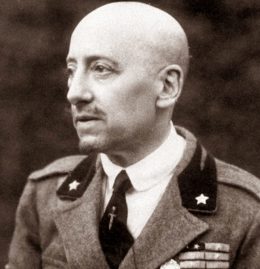 « Video of the Day
D’Annunzio in Fiume