Events Have Been Set in Motion 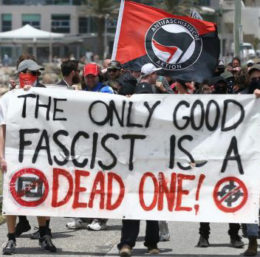 Very few people today remember Colonel-General Gotthard Heinrici (1886–1971). Considered by many experts to be one of the greatest defensive military strategists of all time, General Heinrici was given the unenviable task in the closing months of World War II of organizing the retreat of German forces on the Eastern Front. Outgunned, outmanned, and threatened almost daily with execution by Hitler, who desired constant offense and rigid defenses, Heinrici nevertheless managed an orderly retreat that is credited with saving the lives of more than a million German soldiers. Heinrici’s genius as a military strategist was to take the enemy’s offensive advantage and either mitigate its effects, or in the best of circumstances force the enemy into making strategic errors and thereby turn the defense into an offensive opportunity. Heinrici delivered some notable blows to the advancing Soviet forces, but he had the bad luck to have been given command when the war was essentially lost.

In many ways the events of 2017 culminating in the Unite the Right Rally in Charlottesville can be understood as a premature foray by the Alt Right into the offensive when a defensive posture was probably the more prudent course of action. However, while General Heinrici had the bad luck of inheriting a lost cause in which the catalyzing events had already been set in motion, the Alt Right has actually been the recipient of good fortune since the debacle of Charlottesville.

In August of 2017, the Left thought that it would only be a matter of a few months until President Trump would be impeached. Never having encountered a Republican politician who actually fought back, the Left was completely unprepared when the Mueller probe began to fall apart, the economy recovered, the Trump-Kim meeting took place in Singapore, and the obstructionist lower court rulings against Trump’s immigration initiatives began to be overturned by the Supreme Court. Then the Democrats’ prospects in the Fall elections began to nosedive, and Justice Kennedy delivered the coup de grâce by announcing his retirement.

Predictably, the Left became increasingly enraged as the events of the past year unfolded. The high time preference reptilian brains of the Left are almost entirely reactive in nature. The Left cannot control itself; indeed, self-control is probably viewed by the Left as a fascistic characteristic. Needing to physically (as well as verbally) lash out at their opponents, the Left had to attack the Alt Lite and Normies since the Alt-Right forces were no longer engaging in public actions in the aftermath of Charlottesville. In other words, the Alt Right was finally in the right place at the right time, that is, at home. An offensive stance by the Alt Right would have been disastrous in this instance.

The Left has set in motion events that cannot be reversed. The Left’s lack of control is pushing the Overton Window in the direction of the Alt Right. Every time Antifa attacks some guy who only wants to recite the Pledge of Allegiance and say a prayer in a public park there are many Normies who begin to make the journey to the Alt Right. Every time a politician of the Left makes an anti-White utterance the beliefs of the Alt Right are normalized a thousand-fold. And every time the Left makes excuses for the bad behavior of aspiring rappers, third-world miscreants, and European-style socialists, the closer we get to having the 14 Words enshrined as the First Amendment of a New Bill of Rights.

While the Left is rapidly accelerating into a madness that far exceeds that experienced during the French Revolution, the sidelining of the Alt Right allows it the opportunity to get its act together before rejoining the battle in an offensive capacity. There are a number of issues that need to be tackled and a number of hard truths that need to be acknowledged before the Alt Right can proceed in an offensive capacity.

First of all, if you cannot organize a conference and bring it to a successful conclusion, you are not going to be able to bring about a political revolution. The logistical incompetence of the Alt Right is staggering, to put it bluntly.

Secondly, for a movement driven in large part by young people who were born during the computer age, it is more than mildly amusing at how many of them continue to ignore the inherent security risks of internet-based communications and fund-raising.

Thirdly, Boomers are not the enemy. The idea that all Boomers are squandering their children’s inheritances and living it up in their second and third vacation homes is a canard. Many Boomers have been fighting the battle against the Left and degeneracy in general since the 1960s when this nonsense first started. More than a few prominent young members of the Alt-Right seem to be afflicted with “Daddy” issues and have transferred their parental animus to their fathers’ generation. Yes, it must be hard to take if Dad is a libtard, but we all have our crosses to bear and some of us on the Alt Right have been bearing those crosses for decades.

Meme-making is important in any revolution, but meme-makers do not a revolution make. I seriously doubt that we would remember Betsy Ross today if George Washington had decided to remain a loyal British subject. For the Alt Right to succeed it needs political leadership and it needs structure. Since it is in our interest to allow the Left to continue to become ever more radical and to keep on attacking normies, we have a period of probably a year in which to reorganize and develop political leaders who can appeal to Generations X, Y, and Z, the Millennials, and yes, even the dreaded Boomers. Only then will the Alt Right be able to convert its defensive posture to one of offense and put into practice Sun Tzu’s principle that “Attack is the secret of defense; defense is the planning of an attack.”