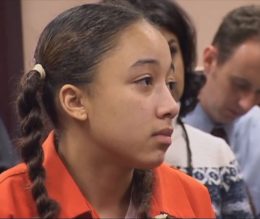 The subject of this discussion was sentenced to 51 years in jail 16 years ago.

So why are you just now hearing about it? Well, because—for whatever reason—Rihanna, Kim Kardashian West, LeBron James, and Snoop Dogg have all just now decided to take up the cause with posts on social media, re-igniting the discussion. Excited yet?

The headlines claim that this is a story about a “Sex trafficking victim . . . sentenced to life after killing man who bought her.” Other headlines describe her as being “Jailed As A Teen For Killing Her Rapist.” The image shared by Snoop Dogg describes her as “gaining the courage to kill the pedophile she was sold to.”

These summaries all paint a black-and-white-picture of a girl trafficked against her will to rapist after rapist, fighting simply to make her way to freedom—and then being imprisoned for it. As usual, almost every single point of this narrative is wrong.

Johnny Allen, a 43-year old real estate agent, met the 16-year old Cyntoia Brown in a Sonic Drive-Through on the night of August 5, 2004 and agreed to take her home and have sex with her for $150. Cross-investigation confirmed that the two did not know each other before that day, and in video recorded statements at the time of her arrest, Cyntoia admitted to lying to Allen about her age. Allen did not even know that Cyntoia was underage. There is no evidence he had any prior history of pedophilia, and by definition he did not “rape” her. The two met and mutually agreed to an exchange of sex for money.

Most of the popular articles about this case repeat the claim that a man named “Cut-throat,” her pimp, forced her to take to the streets to prostitute herself that night because she wasn’t bringing him enough money. While “Cut-throat” did “force” Cyntoia to do cocaine and have her “leav[e] with other men,” a statement whose meaning isn’t altogether clear, Cyntoia willingly returned back home to him even after she killed Johnny Allen. If “Cut-throat” was her real abuser, and she was walking around with her own firearm and willing to kill Johnny Allen, it doesn’t make much sense why she wouldn’t kill “Cut-throat” first—much less why she would return straight home to him afterwards.

In reality, she described “Cut-throat” as her boyfriend. The court documents tell us that in 2004, when police arrived at Cyntoia’s apartment, the man she called “Cut”—Gary McGlothen—opened the door. When policemen pulled him out, Cyntoia ran out shouting that “Cut had nothing to do with this! I’ll tell you all everything!” Nonetheless, McGlothen was arrested at the motel—and he was later released because the defendant did not “implicate him in any kind of way in this incident.”

So much for the claims of sex trafficking. For all the media hoopla portraying rebellion against sex trafficking as the center of this story, you might be surprised to learn that this is it. But this really is it. She dated a man who she swore had nothing to do with any of it, who was arrested and released only after it turned out there was still nothing at all to link him to the event. And she met a man who was technically a pedophile by virtue of the fact that he negotiated to pay the 16-year-old Cyntoia for sex (the age of consent in Tennessee is 18) but who had no known prior record of pedophilia, and was lied to by Cyntoia about her age and therefore did not know she was underage anyway.
This is everything that these grand claims about sex trafficking were supposed to have hinged upon. And it all falls apart under the slightest whiff of a real investigation. The most damning thing here is that Cyntoia chose to stay with a drug-addled, degenerate excuse for a boyfriend. But the second she thought the police might arrest him, she rushed out to defend him. That’s some behavior to see from someone who has just proven capable of shooting a man point blank in the back of the head, if she were really some innocent victim of his behavior. Again, why didn’t she shoot and kill him?

And why did Cyntoia shoot Johnny Allen?

Well, her original claim was that at a certain point, he seemed to be reaching under the bed for something. Given his bragging about his marksmanship earlier in the evening, she thought he might be reaching for a gun, so she pre-emptively shot him in panic. However, she later admitted on a note passed across a hole in the wall to her cell-mate Shayla Bryant that this was a lie. And the forensic evidence proved that Allen died face-down, with his hands clasped together under his head.

Note also that Cyntoia shot Allen with a .40 caliber weapon she had stored in her handbag on the nightstand right next to her. Some of the other fake news reports claim that she used one of the victim’s weapons against him, and this is entirely false. In reality, she entered Allen’s home already packing her own heat. And then she shot him point blank in the back of the head during his sleep.

Afterwards, Cyntoia took off with Allen’s guns and $173. She later got a ride to Walmart from a man named Richard Reed, after knocking on his apartment door and telling him that she had stored a car key taken from Allen’s home in his car through his broken back window. Reed testified that Cyntoia told him she had just “shot somebody in the head for fifty thousand dollars and some guns.” She found Allen’s car and opened it, but was apparently was unable to start it, as she asked Reed if he had any jumper cables. Reed had no jumper cables, so she took Allen’s phone from his car and returned home to “Cut.”

Nine days after the killing, while being held in the Western Mental Health Institute on August 14, Cyntoia asked if she could use the phone. A nurse, Kathy Franz, told her that she wasn’t allowed to. Cyntoia grabbed Franz by the hair and face, and said “I’m going to do you like I did him, but I’m not going to shoot you once in the back of the head. I’m going to shoot you three times and listen while your blood splatters on the wall.” It took multiple employees to intervene and physically restrain Cyntoia. One of these employees, Sheila Campbell, testified at trial to corroborate Kathy Franz’ account.

Shayla Bryant, the previously mentioned cell-mate to whom Cyntoia admitted that her claims about thinking Allen was reaching under the bed for a gun were a fabricated lie, testified that she overheard discussion between Cyntoia and another inmate in which Cyntoia “basically said this guy that she was talking to used to send her out to prostitute . . . and the man tried to rape her, so she shot him.” Bryant told Cyntoia that she did not believe this account because the story “just seemed too perfect.” In response to this, Cyntoia “started laughing.” Through notes passed through the hole between their cell, Bryant claims Cyntoia “basically said she shot the man just to see how it feel[s] to kill somebody.” 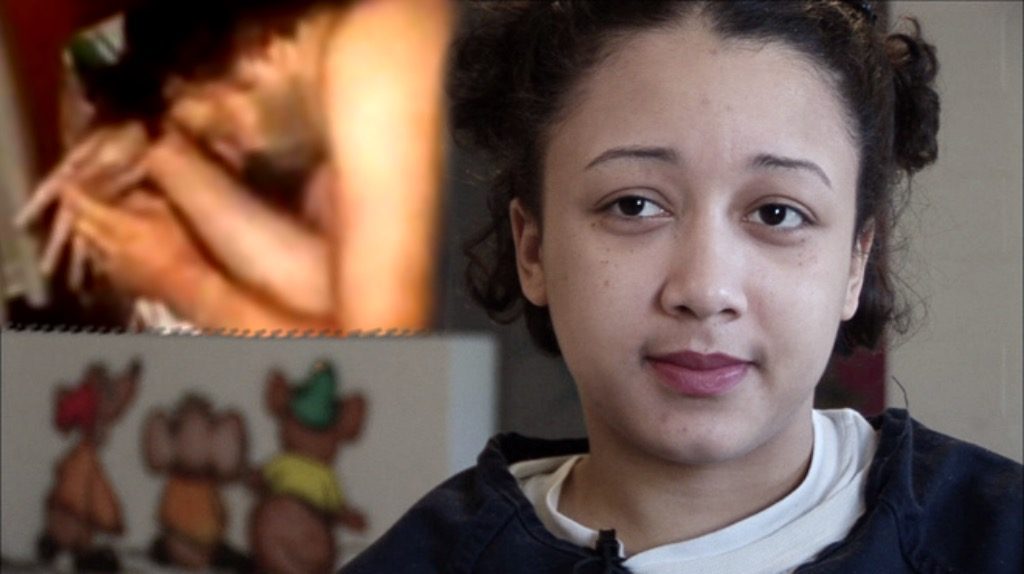 Even if the documentary about her case doesn’t dispute the concrete facts I’ve listed here, they still place the emphasis on asking: “Who is responsible when family and society so fail a promising child that she turns to prostitution and murder in her teens?”

Know who else had a difficult childhood that almost certainly involved extensive sexual abuse?

Stefan Molyneux’s recent video details just how shockingly brutal and horrific it really was. But Charles Manson was a white male with a swastika carved into his forehead, so a difficult childhood doesn’t give him a get out of jail free card among the liberal crowd. And it shouldn’t.

But the difference is that you aren’t going to see high-profile white male celebrities publicizing documentaries that talk about how rough Charles Manson’s life was to argue for setting him free.

In sum, what we have here is just another case of Black Woman Privilege. Thanks to the “women are wonderful” effect, we have a built-in tendency to see women as victims even when they’re shoving metal rods up mens’ assholes (as an accomplice of Donna Hylton, a leader of the Women’s March on Washington, did to the man they worked together to kidnap for ransom) or killing men they’ve just agreed to fuck for money “just to see how it feels” before returning home to their cocaine-rattled degenerate boyfriends.

Want to encourage more writing like this? Become a Patron at Hatreon.