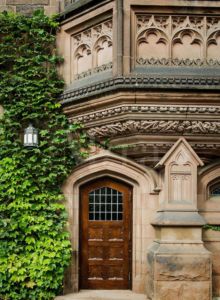 This year, Counter-Currents is raising $300,000. Thus far our grand total is $188,211.94. That puts us at 63% of our goal. We have also received $870 so far toward our matching grant of $3,700 for the translation of Alain de Benoist’s The Populist Moment. Thanks so much to all our donors for their support. Complete information on how you can help appears below. But first, Thomas Steuben explains why your support is so crucial right now.

Liberals have infested academia for decades, like termites in rotting wood. Conservatives, however, being the perpetual losers that they are, did nothing about it except complain and crack jokes about underwater basket-weaving. In the meantime, the liberals used academia to train a dedicated cadre of commissars for their globohomo empire, while excluding strong white men as best they could through affirmative action, diversity-based scholarships, and softer forms of pressure.

One of the more sinister outcomes of this liberal infestation of academia was that conservatives came to associate higher learning with Leftism. They wholeheartedly adopted the negative stereotype that their liberal enemies projected onto them of being dumb and uncultured. Heidegger warned against accepting others’ projections because they are inauthentic and a betrayal of our true selves. As Dr. Greg Johnson explains in Graduate School with Heidegger:

Long before we are mature enough to reflect upon who we really are, people tell us who we are. These external spectators (the crowd) look upon us as actual, present beings and ascribe traits to us: jock, bimbo, nerd, preacher’s kid, etc. Because we don’t know better, we actually come to internalize these traits.

Tricking the broader Right into internalizing the idea that they are stupid and uncultured is probably one of the most Talmudic tricks the Jews and their allies have ever pulled off, and especially since we Europeans are some of the most intellectual and cultured people in history. The stereotypes that the average Republican has come to embrace are little better than those found in rap music. Ending praise of these stereotypes with a “darn tootin’” instead of a “das rite” does not change this.

The most galling aspect of this phenomenon for me, though, is that the liberal academics who push these negative projections are entirely pseudo-intellectuals instead of real intellectuals. White people should not allow the likes of Jewish professors who flee from rigorous debate like cockroaches from light, hood rats who got into college via affirmative action, or irrational thots with purple hair to tell them that they are stupid. If you look past their circular citations and class snobbery, you will find little substance.

Some may question why we should care about higher learning while our civilization is in an existential crisis. In any crisis, it is natural to prioritize whatever is immediately useful for concrete ends. Education is one of those things which is more noted when it is absent than when it is present, however. How many Right-wing leaders, whether dissident or mainstream, have been hamstrung by a lack of learning? Trump epitomizes this problem the most. It is no wonder that Trump choose safety and comfort instead of crossing the Rubicon when he has probably never read Caesar’s Gallic Wars.

A lack of higher learning has also hamstrung the rank and file. RINO traitors know that too many of their constituents lack critical thinking skills and are easily fooled with platitudes about “Demonrats” and socialism. Furthermore, if normie conservatives are alienated from their own culture, they of course won’t complain when symbols of their culture are destroyed in Judeo-African iconoclasm, such as happened with the General Lee statue in Charlottesville. They will lack heroes to provide inspiration, hope, and concrete examples of honorable conduct.

Contrast all of this with Captain Corneliu Codreanu. His father was a teacher who encouraged his son to study at a strict military high school. Later he attended the University of Iasi until he was expelled due to his aggressive activism. He then enrolled at the Iasi Law School, which selectively ignored the main campus’ kvetching. A. C. Cuza, a professor there, had a strong influence on Codreanu. This extensive education helped cultivate Codreanu’s sharp reason and persuasive skills. He put them to great use in guiding Romanian nationalism, and especially in the writing of his book For My Legionnaires, which to this day continues to influence nationalism not just in Romania, but worldwide. No doubt, Captain Codreanu’s knowledge of Romanian history and culture allowed him to meet his martyrdom with dignity instead of selling out.

Whoever the next nationalist leader is, he will need to be well-learned. At the very least, he will need advisors who are. Otherwise we risk yet another clown show, and time is running out.

But how is our leader supposed to become learned in the current era? Even if he goes to college, he won’t learn much due to the liberal infestation there. There is of course the Internet, but it has changed drastically over the years. A combination of soft search engine censorship and an inundation by normies via smart phones has turned the Internet into a wasteland.

I remember years ago when the Internet was wide open like a mountain meadow. It was possible to discover many different forums while researching esoteric historical matters to supplement my expensive, but meager, college education. This was how I first learned about Julius Evola and Tradition, among other matters. But most of those forums were deplatformed after Charlottesville, or else are now difficult to find. 4chan survived and is important, but it remains a lowbrow mess. Our future leader and his officers will need more than edgy memes.

Thankfully, we have oases of learning within that Internet wasteland, and I count Counter-Currents as the most refreshing among them. I admit that part of why I write is for my own amusement. But I also do it to pay forward the blessings that I received as an anonymous lurker from my old forum days. I want the nationalists of today to have the same opportunities to pursue independent learning that I had.

This is why I would like to humbly ask you to consider donating to Counter-Currents during this season of giving. In doing so, you will help to forge a better movement. We all want both leaders and rank-and-file nationalists who are bright and learned. Donating is one way to help make that dream a reality — or as Heidegger might say, transform absence into presence. You will be keeping the flame of European culture burning bright. Most importantly, you will help ensure that our next leader is more of a Captain Codreanu than a vapid real estate merchant from New York.

I fully understand that things are getting tough due to inflation. However, a little bit from many people can become a lot. This might be a culture war, but it is still a war, and one of war’s few upsides is that it is a group effort. You don’t have to fight it alone, and no one expects you to. Donating is a lot like buying a war bond, and I have every expectation that it will pay dividends. Together we can vanquish the projected stereotypes about the Right and arm nationalism with the knowledge that it needs to prevail. We can provide our people with an inspiring alternative to the tiresome, low-IQ takes such as “Demonrats are the REAL racists!”

Alternatively, one of the many books Counter-Currents publishes would make a fine Christmas gift for a fellow nationalist. I can personally assure you that, unlike Trump, they actually have the “best words.”

» The Populist Moment, Chapter 5, Part 1:
The Theses of Jean-Claude Michéa