On the Heels of Tragedy 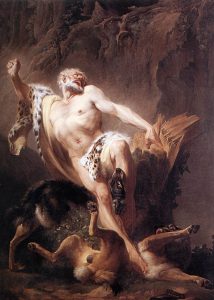 I often find myself rooting for villains.

Villains always seemed more interesting — they discussed certain truths about life that heroes could not accept or admit. Tony “Ludvig Borga” Halme was a wrestler who played one of these villains that got me interested in wrestling in the 90s. Halme lived an exciting but inevitably tragic life — but his memory lives on and continues to inspire those willing to play the role of the outsider, the rebel, and the dissident.

I had an intense disdain for sports during most of my youth. I hated the concept of watching strangers (who did not look like me) chase a ball around a court or a field. I also hated playing them — I did not want to chase a ball with kids I did not get along with. I wanted to be at home reading books, listening to heavy metal, and playing video games. As a compromise, my parents took me to Blockbuster to rent a sports-related video game. I selected WWF Super WrestleMania. Although it was fun to play as The Undertaker, I felt that the mechanics of the game were boring compared to the role-playing video games that had various quests and an overarching story.

After wrestling for three years in Japan, Ludvig “the Viking” Borga entered the WWF in 1993. He portrayed himself as a Finnish wrestler with outspoken anti-American sentiments. Before his matches, Borga would film promotional videos where he would criticize the outsourcing of American factories, the poor quality of American schools, and the welfare culture that was popular with non-white minorities. Since these were the issues that my family often discussed at the dinner table, Borga immediately became my favorite wrestler. After a few major injuries, Borga left the WWF in 1994 and continued wrestling in Europe until 1997. Although unknown at the time, Borga’s persona and attitude during his short WWF career would inspire a new era in American TV wrestling.

The “WWF Attitude” era was a period from 1997 to 2002 where the WWF incorporated more adult-oriented content in their shows. Due to competition with the WCW, WWF Chairman Vince McMahon and head writer Vince Russo decided to turn their family-friendly wrestling show into a Jerry Springer-like soap opera for mature audiences. In between the wrestling matches were wrestler monologues, backstage skits, and shocking storylines. While I am certainly not a prude or a puritan, even I felt that some of these plot lines were degenerate. But with this degeneracy came a lot of politically incorrect content that kept me watching their shows and going to their live events when they came to my area. Some of my best memories as a teenager were when my parents took me to the local arena to see The Undertaker, Kane, D-generation X, and “Stone Cold” Steve Austin. While many of these wrestlers became big-name celebrities, Tony Halme made a career for himself outside of the wrestling world.

After appearing in several movies and some martial-arts competitions, Halme recorded a pop-rock album called Mestarit Salilla (Master in the Gym) which included the popular single “Viikinki.” After writing about his wrestling career in a few autobiographical books, Halme was elected as a member of the Finnish Parliament for The True Finns Party in 2003. As a writer, musician, and politician, Halme always spoke his mind and never backed away from controversy or criticism. Sadly, Halme’s life would undergo several pitfalls and tragedies within the next four years. After battling substance abuse, divorce, and several health issues, Halme died from a self-inflicted gunshot wound on January 8th, 2010. His final book Testamentti was published posthumously later that year. Despite the controversies that occurred during the last years of his life, his numerous accomplishments are a testament to the fighting spirit that Halme had in and out of the ring.

Wrestling entertainment has always gotten a bad wrap for being fake or staged. Even as a teenager, I thought that the footage and storylines of the WWF Attitude Era were real events. In my defense, this was right before the rise of reality TV in the 2000s (and the storyline of Stephanie McMahon marrying Triple H did come true in real life). Regardless, wrestling was one of the few mediums where white men were celebrated for being masculine. During the 90s, most of the wrestlers and the people in the audience were white. The storylines and monologues mixed action with drama, tragedy, and comedy.

Following these characters and storylines sometimes made me feel like I was watching a Greek tragedy, where humans perform the most popular stories from the ancient myths and legends. Aeschylus, Sophocles, and Euripides wrote these plays to explore various aspects of life and human nature while entertaining their audiences. In Aeschylus’ Seven Against Thebes, the audience watched the drama unfold as two brothers fought over the throne of Thebes. In Antigone by Sophocles, the audience followed the suspense as the protagonist buried her brother. In Medea by Euripides, the crowd probably had fun determining whether Jason or Medea was the real villain. For over two thousand years, people have been cheering for the popular heroes and rooting for their favorite villains.

Throughout my life, white people of European descent have been portrayed as the villains of history. With each passing year, it seems that the anti-white propaganda becomes more overt and explicit. In 2021, every opinion is considered hate speech. Every aspect of society is deemed racist. Every white person is accused of being a white supremacist. Every Trump supporter is now being called a domestic terrorist. But as an old proverb explains, one man’s villain is another man’s hero. As our enemies make every white person out to be an evil villain, more people are going to start supporting the rebels and the outcasts. The content creators and activists of the Dissident Right are going to be the heroes that the average white guy is going to start cheering and rooting for.

Another proverb explains that comedy is tragedy plus time. All the great plays of Ancient Greece have entertained people throughout the centuries with tragedy and comedy. Kingdoms and empires have come and gone, but the stories and ideas of these plays have survived. Although we face unprecedented challenges, we have the creativity, the humor, and the truths of life on our side. As difficult as these times are, they will not last forever. We just need to be smart and patient now to survive. When these times pass, we will have the last laugh. We will tell the tales of our heroic deeds.

My father was a hero, but I was too much of a rebellious teenager to appreciate most of the time I spent with him. The only times we got along during that period was when we watched wrestling together and attended live wrestling events. Tony Halme was the person that got me interested in wrestling. Thanks to him, I still have some great teenage memories with my dad. Although I do not watch wrestling now, I look forward to being in a large audience and cheering for our speakers at the next conference. I also look forward to being in a large crowd and supporting our artists at the next concert. Until the lockdowns and travel restrictions ease up, I will take the time to rediscover Halme’s books, music, and interviews. Even as a villain, Tony “Ludvig Borga” Halme was always a hero on the heels of greatness.