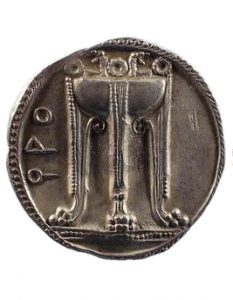 It is easy to understand why kinship alone is not a sufficient foundation for a harmonious society. Studies of identical twins raised in different environments give remarkable evidence of how fine-grained genetic determinism really is.

But imagine identical twins raised in really different environments: one in Yemen, the other in New York City. They might look the same, have the same favorite color, and gravitate toward the same hobbies and careers. But with radically different languages, religions, and value systems, they are hardly interchangeable. They would be completely lost if they switched places, and they would also be more capable of working and living with any random Yemeni or New Yorker than with one another.

In short, culture matters. Biology is our first nature, culture our second nature. Biology provides the hardware of consciousness, culture the software. Both are components of identity, so both matter to identity politics.

Indeed, culture matters so much to identity politics that it frequently trumps considerations of kinship. Thus peoples who are closely related genetically — like the Irish and the English or the Serbs, Croatians, and Bosnians — nurse ancient enmities because of differences of culture. (I include religion in the category of culture.)

A people is not just a group bound together by kinship. They also need to understand one another, which means they must share a common language. They also need to share a common history, values, and goals, or they won’t work well together. It is also best if they don’t belong to competing religious sects that teach people that their neighbors, classmates, and even their own kin are evil and deserve to be tortured for eternity.

In sum, a people is not just a collection of individuals who happen to be related to one another. They also must think of themselves as a people. Peoplehood = kinship + a common consciousness. Which means a common culture.

This is why the human race as a whole is not a people. Yes, all men are more or less cousins. But aside from the fact that there are enormous genetic differences between the races, there are enormous cultural chasms as well. We don’t share a common language, culture, religion, and way of life. Thus we don’t think of ourselves as a people.

Of course, there are a few committed cosmopolitans proclaiming the brotherhood of man. But they can’t really mean it. They can’t understand or relate to the vast majority of the human race. In fact, they can really relate only to fellow cosmopolitans. Beyond that, they feel no real affection for all of mankind. For one thing, they passionately hate nationalists like us. Thus, for the most part, cosmopolitanism is just empty high-minded talk, mere social signaling. But predators also use it as a battering ram to breach the borders of countries they wish to plunder.

If the human race as a whole is not a people, neither is the white race, for the same basic reasons. We may be genetically closer to one another than to the Papuans. But we do not share a common mother language. We have a common culture, but it includes dramatic cultural and religious polarities like Athens versus Jerusalem. We have a common history, but it is largely a record of political division and passionate enmities.

Culture is so prominent in identity politics that it is easy to think that biology plays no role at all. Furthermore, there is such a strong cultural taboo against “racism” that people are tempted to downplay biology or deny it altogether. Maybe we can simply say, “France is for the French. These other people don’t belong here.” Who needs to say anything about race?

The weakness of a purely cultural approach to identity is that it is too inclusive. It lets in people that the identitarians wish to exclude. If being French is a culture, you don’t have to be born French. People can become French as well. People migrate and intermarry all the time. Cultural assimilation may be rare and difficult, but it is real. Of course, for an immigrant, French is not his mother language. But there are now blacks and Asians for whom French is their mother language. If people from around the globe can become culturally French, then French identitarians have to talk about who are the best candidates for assimilation, which requires that we talk about race.

If one of the necessary conditions of peoplehood is group consciousness, how does this differ from the ideas of civic nationalism and the “social construction” of identity? The simple answer is that real communities require both kinship and consciousness.

There are, of course, communities that are pure social constructs, like the Dr. Who Fan Club. But nations, at their core, are kinship groups that share a common consciousness and are dedicated to the tasks of civilized life. That’s what makes them stronger, deeper, and more important than fan clubs and other fake identities concocted by consumer culture.

The idea that a nation is a pure social construct means that kinship is not an essential characteristic of nationhood. In concrete terms, that implies that the French people are no longer essential to the enterprise known as France. The French people are replaceable by foreigners, as long as their replacements pay lip-service to the designs of the ruling elite.

Cultural and credal forms of nationalism are organically connected to race replacement. If being American is simply a matter of a culture or a creed, then immigrants who learn English as adults and can pass a civics test are just as American as those who are born and bred to be Americans.

The next step is to argue that they are even better Americans. After all, immigrants choose to be Americans; they weren’t merely born to it, and liberalism makes a fetish of choice. How many Americans who were merely born there could pass a civics test, anyway? And isn’t it far easier to learn English as a child than as an adult? Perhaps these lazy, entitled Americans deserve to be replaced by hard-working immigrants, who will be grateful to their employers and to the government who hands them their papers.

A real homeland is yours simply by birthright: You belong to it, and it belongs to you. A homeland does not define its citizens as replaceable. Indeed, it defines them as irreplaceable, because its entire purpose is to be their home. A country where you are replaceable is merely an economic zone, and when your borders are open to the clamoring billions of the global South, your days are numbered.

I have argued elsewhere that the idea of the social construction of race is baseless and really rather dumb. [1] But even if it were true, it is not an impediment to white identity politics.

First of all, the idea of the social construction of race does not deter the identity politics of non-whites. Indeed, non-white identitarians are often the very people who use the concept against whites. If it does not deter them, why should it deter us?

Whether race is a biological reality or merely a social construct, whites still know who we are (we’re the ones who are supposed to bear white guilt), we still have interests, and we can still collectivize to pursue our interests in the political realm. Quibbling about the metaphysical status of whiteness changes nothing from a political point of view.

Second, if race is a social construct, why shouldn’t whites seek to construct whiter nations? Indeed, it would make our task easier, because all questions of who is white can be simply answered by fiat.

Third, there is a sense in which race is shaped by laws and customs, insofar as they institute eugenic and dysgenic breeding policies. For instance, the vast mestizo populations of Latin America came about due to social policies. However, that does not imply that such peoples don’t have identities and interests of their own that might lead them to resist further social engineering. Just because they were socially constructed in the past does not mean that they should welcome the designs of elites that wish to transform or replace them.

As for the idea of the social construction of culture: I guess there’s nothing society can’t construct if it can even construct itself.

There were, of course, animal species (races) before there were cultures. Cultures, therefore, are the “constructs” of various races. Once cultures emerged, however, they influenced the subsequent evolution of races by encouraging dysgenic or eugenic breeding patterns. But races came first.

The amazing variety of cultures within the same race shows, however, that race does not determine every aspect of culture. Biology provides outer boundaries for the range of cultural variations. But within those boundaries, a great deal of culture arises from the free play of the human imagination.

When people speak of culture as a social construct, they mean that cultures are contingent — they didn’t have to happen, and they could have been otherwise — and that they persist because they are shared by many people.

To speak of culture as a “construct” or “convention,” however, is highly misleading, for these are conscious human creations. People do, of course, create conventions and other social constructs, e.g., red means stop, green means go. But creating such conventions already presupposes a background of other meaningful cultural practices. But if such practices are presupposed by conventions, then they can’t themselves be conventions.

Culture is also shaped by political power. Critics of ethnonationalism are fond of pointing out that many of today’s nations, such as France, were constructed by tyrants. But this in no way implies that the French today should not resist the ambitions of tyrants who wish to replace them with blacks and Muslims. All human affairs are infected by contingency. None of our nations had to be. None of them are guaranteed to last forever. But that is simply all the more reason to fight against those who would replace us.

[1] Greg Johnson, “Why Race Is Not a Social Construct,” in In Defense of Prejudice (San Francisco: Counter-Currents, 2017) and It’s Okay to Be White.

[2] Here I am indebted to the anti-constructivist and conservative tradition in social theory that includes David Hume, Adam Smith, Edmund Burke, and Michael Polanyi.

» Yes, We are Headed for Violent Civil War