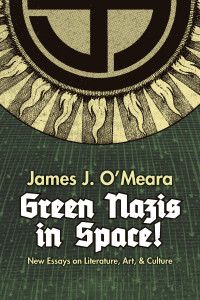 There are three formats for Green Nazis in Space!

How to order Green Nazis in Space!