Video of the Day: Greg Johnson & Fróði Midjord on The Concept of the Political 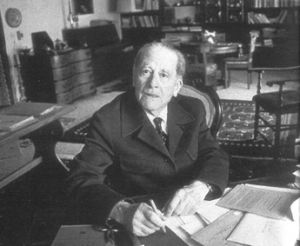 Greg Johnson joined Fróði Midjord on Guide to Kulchur for the first installment of a new series, First Principles, to discuss Carl Schmitt’s classic work The Concept of the Political. The episode is archived on BitChute (video) and Spreaker (audio only).

First Principles is a series dedicated to the discussion of the books that are central to understanding a Right-wing worldview.

To make sure you never miss an episode of Guide to Kulchur, make sure to follow them on Twitter and Telegram for regular updates about upcoming shows and guests. An archive of previous shows can now be found on Bitchute.

» The Lightning & the Sun