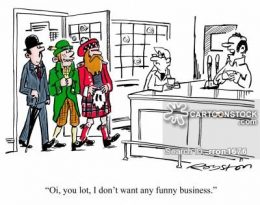 My 4-part series on the recent Kevin MacDonald-Nathan Cofnas debate garnered quite a few comments at Counter-Currents and on social media. This was one of the most challenging and rewarding piece I have ever worked on at Counter-Currents, and I was gratified that it got so much attention (including from Cofnas himself). There were 28 comments altogether, and all of them I found interesting or useful in some way. I wish however to address a number of comments from one commenter in particular because I believe this commenter touched upon something crucial about our movement and the mindset one needs to be a part of it.

The comment was in response to Part 2, and I was basically taken to task for attempting to engage Cofnas in a fair debate to begin with. The commenter said quite a bit, and I have distilled what I think are the most characteristic parts below to give everyone a feel for them:

One of the reasons why debating Jews is generally unadvisable is that Jews do not think like Europeans do. They are able to ape objectivity and appeal to science and rationality but ultimately these are European creations not Jewish ones.

How tiresome … such weak sauce

Let me break it down for those people who might be new to the problem of the Jews. Very simply, Jews are a Levantine people whose social structure is corporate.

Tribal solidarity comes first, and it is through this lens that the left/right dichotomy is seen along with all other political attitudes/opinions. Jews might fight about what they consider is best for the Jews but this is not the same as a self-sufficient population arguing about political principals. When white people look at Jews arguing left/right politics what they are really doing is reading themselves into the other and not seeing Jews as what they are — a middle-eastern tribe who have chosen to live parasitically off of other nations, chiefly by employing a dual moral code and using usury.

I should hope that this would be the last time I will have to remind people in this movement that Jews are not Europeans, but knowing what I have come to know over the last 10 years I really doubt it. *sigh*

So the impression I am getting from this commenter is: Why bother arguing with a Jew like Cofnas? He’s incapable of being objective. I also sense a lack of patience with writers like myself who have the naiveté to even try. And you know what? I empathize with this lack of patience. I know how it feels to see a clear and direct answer to a problem and yet be forced to witness others take circuitous paths to it.

And you know what else? I empathize with this commenter in general. Yes, I know that sweeping comments about Jews or any racial group is dangerous since it overlooks the natural range of feeling within that group as well as ignores individuals who buck major trends. (Solzhenitsyn makes this clear in 200 Years Together when he lists by name the Jews who fought and in some cases died in World War II because they felt greater loyalty to their gentile countrymen than to members of their own tribe.) Yet when you compare the above comments with entire books written by mainstream Jewish scholars like Bernard Lewis (Semites and Anti-Semites) and Robert Wistrich (Antisemitism: The Longest Hatred) which characterize Jews largely as innocent victims and smear gentiles as irrational if they happen to disagree, then you can begin to see the sense behind them. That neither Lewis nor Wistrich even suggest there could be rational reasons for anti-Semitism or even mention the atrocities committed by Jews in the upper and lower echelons of the Soviet Union during the 1920s and 1930s in these books is frankly insulting. And if lauded Jewish scholars like these two can lack objectivity about the Jewish Question, maybe our commenter above makes a legitimate point?

But this article isn’t so much about making legitimate points about Jews. It’s about asking how the cynical approach of writing off Jewish interlocutors before putting pen to paper could further our goals as white nationalists or identitarians? I don’t think it would for two main reasons. One, it would be resorting to racial ad hominems. As we all know, the ad hominem argument is a fallacy and a pretty obvious one at that. As such, they tend not to be persuasive. The following fanciful debate between an Englishman and an Irishman illustrates how:

Englishman: The world is round, more or less like a sphere.

Irishman: No, I say the world is flat, more or less like a board.

Englishman: But you’re an Irishman. Your people have not achieved the same level of civilization as mine. Therefore, you could not possibly grasp the counter-intuitive fact that the world is round.

Irishman: Ah, but I have performed scientific experiments and amassed a body of empirical evidence to support my position. I have forged beams of metal which are perfectly straight according to two different kinds of levels. I then laid them on the ground end-to-end for many miles. I have done this in many different places to control for climate and other geographic differences. And while I have found variation on the height and depth of the ground on a local level, I have found no evidence of an overall curvature of the ground as demonstrated by Euclid. Therefore, the data forces me to conclude that the world is flat, more or less like a board.

In this scenario, the person who is right argues poorly, and the person who is wrong argues well. To someone who knows nothing about whether the Earth is round or flat, the Irishman wins the debate hands down. This is because, unlike the Englishman, he relies upon logic rather than a racial ad hominem over which his opponent has no control. This is the ultimate effect of using racial ad hominems of any type in a public forum: in the eyes of the uninitiated, you lose the argument. Whether or not you’re right doesn’t matter.

Second, resorting to racial ad hominems opens one up to charges of cowardice. Disinterested observers will view such a tactic as an excuse to avoid one’s opponent rather than engage him. Therefore, ad hominems of any type not only diminish one’s persuasiveness but also make one’s opponent look good in comparison. After all, at least he’s willing to fight. I don’t think any dissident political movement can afford bad optics like this. For me, part of charm of the Dissident Right is its penchant to be willing to debate anyone anywhere at any time like a prizefighter anxious to prove to the world that he is the best. The recent ‘Internet Bloodsports’ on YouTube are excellent examples. Sargon of Akkad, Styxenhammer666, and other well-known centrist types have attempted to engage the Dissident Right on equal terms and ended up crawling back to where they came from, licking their wounds. This is all because of the power of skillful debate. And when one side not only argues well but has Truth on its side, that’s a pretty unstoppable combination. It’s also a necessary one for a movement like ours which aims to change the world.

Nearly everything I write at Counter-Currents I want to be a red-pill of some sort. I am always thinking about normies. They’re the ones I try to convince. They’re the ones I’d like to bring into the movement. And while preaching to the choir has its place and is certainly good for morale, it has a completely different goal in mind. With my take on the MacDonald-Cofnas debate, I hoped to clarify an extremely complicated conversation on an extremely important topic: the Jewish Question as coalesced in MacDonald’s classic The Culture of Critique. I wanted to demonstrate how Nathan Cofnas, as a guardian of the left-wing status quo in academia today, either ignored MacDonald’s critical points or attempted to refute them dishonestly. If I were to do this by calling into question Cofnas’ competence based on his race, then the normies of the world could accuse me of being just as dishonest. They would then be focusing on what’s unimportant (i.e., me) and not doing what is important, which is taking an honest look at the Jewish Question. And isn’t that what Kevin MacDonald intended for us to do in the first place?