Why? And Who’s Next? 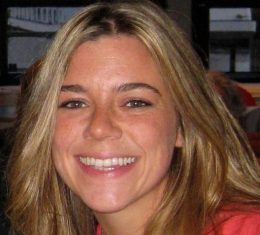 The Kate Steinle verdict has angered anyone with an ounce of decency across the country, and it has certainly enraged all racially-conscious whites around the globe, but it has probably not actually surprised many of us. We already know the score. The right criminal committed the right crime in the right city at the right time. It could hardly have gone any other way. It is a familiar pattern: Jews and their collaborator class create conditions which lead to dead whites, whites get mad, and the Jews and their collaborators pretend to feel deeply concerned and horrified, of course while reminding everyone, sometimes only subtly but always firmly, that whites as a collective have no right to be upset, since the conditions which caused the killing of whites are simply inevitable and not actually a result of the actions of the Jews and their collaborators, but rather of something entirely unrelated — usually something whites did.

But for white liberals, even those who claim otherwise, this verdict is surely unnerving. It taps them on the shoulder and whispers to them that they just might be wrong about something and, although they have long grown used to coping with this problem through deflection, bad analogies, euphemisms, pejoratives, and burying their heads in the sand, this time their error was actually fatal — that is to say, publicly and embarrassingly fatal — to someone who looked a lot like one of them. And it even took place in San Francisco, one of their cities; a city which, if their beliefs were sound, would run like clockwork, and would be the cleanest, happiest, most prosperous, and safest city imaginable. In San Francisco everyone has the correct opinions. Indeed, the only political battles are over who is more correct. San Francisco is just. And it goes without saying that diversity is San Francisco’s greatest strength — until a white woman gets a bullet in her heart from a feral mestizo invader and a jury full of non-whites decides “meh.”

No, the liberals of San Francisco will not speak about this. Nor will the liberals anywhere else. They will continue to outwardly ignore such things, and continue to chant “Drumpf and Russia” until normal Americans’ ears bleed. But in the silence of their inner selves, in those small spaces in their souls that remain healthy and free of Jewish sickness, there is a nagging doubt, a voice telling them that maybe we White Nationalists — their mortal enemies! — are right about this. Because what they cannot do is alter their biology: humans learn based on pattern recognition. Despite the wildly successful efforts by Jews to make the application of this essential skill to human populations taboo so that they can continue to stealthily plunder and pervert their way across the globe with hand-rubbing glee, liberals will eventually notice the things in front of their faces. They did not really care about Kate Steinle’s murder (it is a cardinal liberal sin to mesh harsh facts with public policy), but they will secretly care about the verdict. Murder, like “welcoming refugees” and open borders, is something that happens to other people. The law happens to everyone.

Liberals tend to be far removed from the fruits of their labor. In California they are often wealthy and able to hole up in secure, elevated compounds — either on hills or in high-rises — descending into the flatlands only to sample the latest trendy ethnic cuisine, to attend performances of whichever terrible musical act is being shoved down their throats that month, or just to show up to work in a secured building after an hour or two stuck on the freeway. But they don’t have to live on and with the “street,” interact with its people, breathe the same pungent air day after day, hear the same voices, feel the same Babylonian vibrations, experience the flea market insecurities, and suffer the routine primordial violence as do less well-off white Californians, those without the means to escape the nu-world sustained by liberals who feel good about themselves by blindly conforming to imposed Jewish social codes. And because they don’t have to live in the environments they create, they can maintain their smugness, their faux worldliness, and roll their eyes at the people in the trenches who are screaming truths at them, warning them day and night about what is actually happening on the ground and what is in store for them if they do not listen now. But, strictly speaking, we all live under the same set of laws and we are all contained within one legal system. Murder is an escapable fact; the law is not. When this all-encompassing system becomes racialized against whites in such an obvious way, even liberals have no choice but to notice. A white woman was murdered by a Third World savage and got away with it. There is no other reasonable interpretation of this verdict, barring disgusting Talmudic mental gymnastics. We know it and they know it.

Kate Steinle could be any one of us or any one of them. As our country continues to import non-whites, as these non-whites continue to breed like rabbits, and as their Jew handlers continue to urge them towards hatred of their hosts and to indoctrinate them into the panoply of liberal fictions, they will continue to act against us at every turn. Nature on its own would have dictated a high degree of interracial tension in this context regardless, but add a bunch of well-funded professional Jewish grievance organizations and the hostile American culture-producing apparatus into the mix, and disaster was inevitable. Race is both the old and the new frontier. And for some, this realization is going to come as a surprise — but come it will. Reality can only be denied temporarily. Upon hearing of the murderer’s acquittal, whites of all political persuasions had to ask themselves why.

Following the “why” — a question to which most whites undoubtedly know the answer — must come a second and equally important question: who is next? Another white woman is indeed going to be hurt or killed by someone who would not have been here had liberals resisted the right things. Someone will never again get to see his children because some drunken fruit-picker hit them with his rusty pickup truck because liberals thought that he was good for the economy (and also it would have been mean to deport him; after all, it is just not who we are!). But it is not only murders, rapes, robberies, and such ordinary crimes to which Americans have grown accustomed. The “who’s next” list will include twice-killed victims like Kate Steinle through the voodoo magic of show trials. Increasingly, such trials will be decided solely on race and as sociopolitical punishment, and justice as understood by whites will take a back seat to race-based revenge and tribal cohesion. They will be like the O. J. Simpson verdict, but instead of blacks freeing blacks, we will have mestizos freeing mestizos, Arabs freeing Arabs, Chinese freeing Chinese — everyone screwing whitey and Jew lawyers continuing to rake in heaps of cash. It will start in places like San Francisco and spread. Every liberal must understand that his beliefs have consequences and that those consequences are bloody, painful, deadly, spreading virulently, and will only get worse. The next Kate Steinle might not be far enough away from them to be merely a comfortable abstraction. Nor is there likely to be justice in the inevitable next analogous case, either. A precedent has been set. It’s open season on whites.

Everything that liberals claim to cherish will die, along with everything else, if nothing changes. They will not be spared from the reality of race simply because they refuse to acknowledge it. Fortunately, it is not too late. As awful as it is that Kate Steinle is dead, and as awful as it is that many more will die before anything is done, each incident must be used to grow those seeds of doubt in the minds of white liberals, to stoke those embers of white vitality, of white will, and of whatever white fight they still possess. They are still us. And we are here and fighting for them, whether they like it or not.

Let us hope that Kate Steinle’s entirely preventable death and this sickeningly obvious anti-white verdict will be a milestone in the beginning of our journey to reclaim our countries and our destinies.

« Unshackling the Shekel:
or, How I Learned to Fight

» Why I Write
Putting the Pieces Back Together