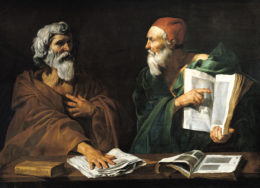 When it comes to politics, there are four categories of people.

3. There are people who agree with your understanding of the facts, but come to a different political conclusion than you because they are driven by different values.

For example, let’s take a liberal who values eliminating the suffering of those in poverty and understands the facts to entail that increased welfare spending would achieve this goal. There are three general categories of people who will disagree with him.

But the omnipresent feature of political “discussion” that entails so much disingenuous bickering is this: when we see that someone disagrees with our conclusions, we completely forget that category 2 even exists. We assume that categories 3 and/or 4 are all that exist. If someone doesn’t share our bottom-line conclusion, it must be because he has “bad” (from our point of view) values. It couldn’t possibly be because he sincerely has a different understanding of cause and effect, and sincerely thinks different policies are therefore the best way to realize the values we both share.

Well, to massively oversimplify the situation to make it far easier to see the basic principles at play in the conversation, the conservative reasons like this:

When either the liberal or the conservative encounters someone who disagrees with (C), his conclusion, what does he do? They assume that anyone who would disagree with (C) conclusion could only get there by denying their (P1) value-claim. The fact that sincere and well-meaning dispute of their (P2) is even possible gets lost completely to the wayside.

What the conservative needs to realize in this situation is that even if he did understand economics so thoroughly that he really did know it to be an indisputable fact that all socialist policies ever do is make a country weaker, someone who supports those policies because they believe otherwise is still disputing his fact-claims, not disagreeing with his values. And it would therefore be appropriate to at least treat him as if he is misguided, rather than as if he is evil.

Likewise, what the liberal needs to realize in this situation is that even if there were in fact no actual room for serious scientific or philosophical dispute over when the fetus becomes “a human life” in the morally relevant sense, someone who believes that the fetus is a life is still at least being motivated by a sincere concern for human life. Even more to the point, if it were true that the fetus is a morally relevant life from the moment of conception, then it would follow that opposing abortion is the most pro-woman position a person could possibly take, for the precise reason that approximately half of all aborted fetuses are female.

In fact, we actually can imagine what category 4 would look like—that is, someone who both disagrees with the facts put forward by his debate partner, and opposes his values. In such cases, they could actually end up supporting their actual conclusions! We could imagine someone who supports the Right-wing policies endorsed by that conservative precisely because (unlike that conservative) he wants to hasten the destruction of the United States, and he also (unlike that conservative) believes that supporting such policies would be a viable way to hasten its destruction.

Quite similarly, we could imagine someone who actually does “hate women,” and therefore wants to see abortion spread precisely because he wants to know that women are being slaughtered before they can even be born, or that abortion agencies are exploiting women, and so on.

In both of these cases, what should become immediately apparent is that these two individuals would actually be less likely to be accused of “hating America” or of “hating women” than the person who shares their debate partner’s values but disagrees with their conclusions because they disagree with their analysis of the facts and think other strategies would be necessary to realize those values effectively!

In general, this really is the single most significant reason for the across the board decay of political discussion in the United States. Studies have shown very clearly that social media, which allows people to select and exclude friends and media sources, has increased our separation into isolated echo chambers.[1, 2] But this isn’t some inevitable effect of social media in and of itself, and it doesn’t happen because people are simply predisposed to pursue echo chambers for their own sake. If that were true, then social media would have been built around echo chambers all along. And we wouldn’t see the trend we’ve seen where this stratification grows worse over time.

« Hit Me with Your Best Shot

» Percy Grainger:
Artist of the Right