I’m working on a Simple White Advocacy Guide that will help activists in the movement with the basics of persuasion and discourse. Its primary inspiration was the Israel Project’s Global Language Dictionary, but it will include a set of Appendices that will serve to aggregate our community’s tribal knowledge on these topics. For example, those of us who’ve put a lot of time into persuasion and discourse know that West Virginia’s relative lack of crime is good to bring up if the persuadable suggests that Black criminality is caused by Black poverty. That will be included as an item in the “Challenge/Response” appendix.

Chapter 2 of the guide is Six Rules of Discourse. It’s an attempt to boil what people need to know about conversational discourse down to a handful of memorable rules. I’ve pasted the first draft below and would appreciate feedback. Am I missing anything? Are any of the rules tangential? Is there a better way to sum up the rule? If you are thinking of suggesting an additional rule, go for it, but keep in mind that the total number of rules needs to remain as low as possible.

When cowboys are playing poker in the saloon and they realize that the deck has been stacked against them, they flip the table over. Be a cowboy. The words and phrases people learn to describe racial issues in America are stacked against us, loaded with false assumptions, blatant biases, and the Marxist worldview. If you don’t learn how to hijack the discourse, an intelligent debate opponent can easily redirect you into arguing in favor of the KKK, declaring that you’re “a racist,” and supporting “the continued oppression of minorities.”

When you forfeit the language battle, you’ve lost the debate before you say a word

Don’t take language and terms for granted. Ask the persuadable to define loaded terms. If he declares that he rejects “racism,” ask him to define racism. If he calls them minorities, point out that they outnumber us globally and will outnumber us at home in a couple decades. If he brings up academic terms like “White Privilege,” “institutional discrimination,” or “historical oppression”, then you’re not dealing with a persuadable. Don’t waste your time with him unless there’s an audience to influence.

Our people have a right to exist. We don’t need to fight forgotten wars, defend dead people, or associate ourselves with any historical movements. There’s nothing to gain here and everything to lose. Don’t dwell on the problems other races have, either. Even if Black criminality were cured tomorrow, our people would still have a right to exist as a separate people.

Don’t let yourself get sidetracked from the objective of persuading the persuadable to become aware of and supportive of White American interests. The typical person can only be expected to learn and consider a finite amount in one conversation, so it’s important to keep that conversation focused on the core concern: our people have a right to exist. This simple and positive assertion can serve as a seed, growing over time in the persuadable’s mind as he considers whether his people are being allowed to exist as a separate people by today’s political and social environment.

Nobody likes to be preached at, but many people enjoy having a conversational exchange of ideas. It’s hard to pretend like you’re not passionate when so much is at stake. It’s hard to pretend like you’re not angry when people are so naive about what’s going on. But when you come at a persuadable with passion or anger, he’s going to become defensive, combative, and unwilling to give your ideas a fair hearing.

Additionally, we’ve been slandered by our opponents as “haters,” so passion and anger — no matter how righteous — will usually be perceived as “hate.” The tone of your voice and your body language should encourage a frank and friendly conversation. Even if the persuadable says something that offends you, smile warmly and explain why the statement was offensive. Don’t cross your arms, furrow your brow, or bug your eyes out in exasperation.

There’s no such thing as objectivity, but most Americans don’t know that. Feign objectivity. Be very careful about statements of fact, particularly sweeping statements, so you establish credibility as an unbiased expert on the subject. Even if you don’t change their mind right away, you may be able to establish enough credibility that they may want your opinion on racial issues in the future.

Most people love to talk. Let them. Ask them open-ended questions then find things they said in their answers that can lead to further questions. If you ask the right questions (see Appendix II – Conversation Starters), you can lure a talkative persuadable into changing his own mind while you sit there and listen intently. This is called the Socratic Method, and it can be a very effective way to lure the persuadable into examining the minefield of ridiculous beliefs and assumptions that have been planted in his head.

Ask the kinds of open-ended questions that help you figure out how knowledgeable a persuadable is and speak at that level. Don’t lay a bunch of heavy information about the Federal Reserve system on your apolitical aunt. It’s imperative that you figure out what your audience’s position is before you attempt to persuade them.

Don’t skip any steps. If you haven’t convinced them that our people exist and have a right to do so, then they won’t really care if another group of people is threatening our existence. If they don’t know that a certain group of people moving into the neighborhood will have a predictable and negative effect, then they won’t really care if those people are moving into the neighborhood.

Some people are deathly afraid of disagreement, and other people are itching for a debate, use an appropriate style for your audience. But know who your audience is. This isn’t always obvious. For example, your cousin is in for Christmas from his freshman year at college and is openly explaining to the extended family that all the jobs went to Asia because Asians are smarter and work harder. In this case, the audience isn’t your cousin. The audience is the extended family. Reply to him but in their language and at their concerns.

People don’t change their worldview that often, and rarely do so right in front of the person who got the ball rolling. The work of advocating for our people isn’t very rewarding work, but it’s important work. The seeds we plant take time to grow and often require some sort of trigger event that causes the persuadable to reconsider his worldview.

Even a failed attempt to persuade may help the persuadable realize that we’re not frothing hatemongers. There may also be some unforeseen event happen in the future which awakens millions in a short period of time. If you’ve established credibility with friends and relatives as a fair and sensible advocate of White interests, they’ll turn to you for answers and guidance at that time.

Most lively discussions contain at least one assertion of fact which is either contested or not entirely accepted. Use that as an opportunity to follow up with the person after a couple days. Even if you were incorrect about the fact, follow up with the correct answer. It will help protect your credibility. If you’ve shown yourself to be sloppy with facts, you’ll be incapable of persuading anybody. 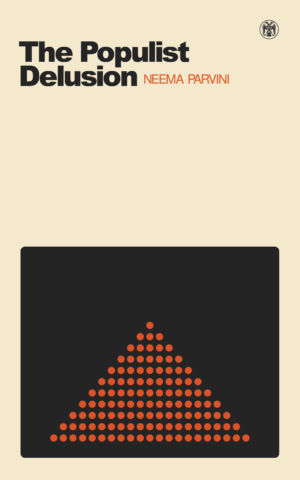