Waking Up from the American Dream 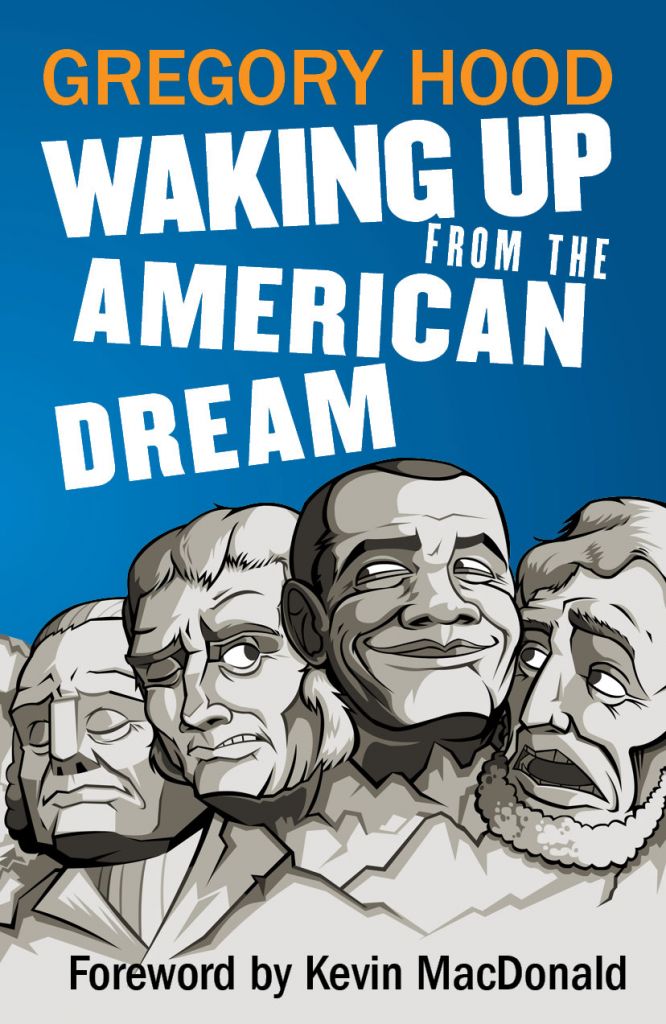 Waking Up from the American Dream

About Waking Up from the American Dream

It’s a time of transition for the American Right. The old ideas are failing. The conservative movement is disintegrating. And the European Americans who defined and created the United States are rising in defense of their own identity and interests.

Gregory Hood is one of the most eloquent and insightful of the writers defining and promoting this transition. Waking Up from the American Dream, his first book, collects some of his most important work, including the legendary “A White Nationalist Memo to White Male Republicans,” and a new essay, “Trump: The Last American,” on the meaning of Donald Trump’s nationalist-populist insurgency.

The target of Hood’s withering critique is “Americanism” itself, the classical liberal ideology that is dissolving America’s white ethnic and cultural core. Hood explains his intellectual path from conservatism to White Nationalism—and why you should follow. For those seeking to understand the emerging White Right, Gregory Hood is one voice you can’t afford to ignore.

Praise for Waking Up from the American Dream

“Gregory Hood is a brilliant stylist with a great sense of humor as well as a firm grasp of the issues facing white America. I found these essays a pleasure to read, and I was impressed again and again by the depth of his insight into complex issues.”

“Political theater in America is usually insufferably boring and smarmy, if occasionally comical and sometimes absurd. But when Gregory Hood weighs in, I pay attention. He has an insider’s grasp of the political scene and a talent for teasing the farce out of the most dismal current affairs. But he’s no mere heckler. He’s got a dream for America and the West, too, and he employs humor and insight to reveal what is wrong and what could very well be the New Right.”

“Gregory Hood is quite simply the best political columnist to have emerged on the authentic Right since the death of Sam Francis. He is free of illusions concerning not only the regime under which we live but also the confidence tricksters of the ‘conservative movement’ who makes such a comfortable living shadow-boxing with it. For countless European-descended Americans gradually coming to realize they have been lied to since birth, but unsure what to do next, Hood will be an invaluable guide.”

“Reading Gregory Hood’s Waking Up from the American Dream has reawakened the pain of an old wound. For I am old enough to remember the old America. The America that sent a man to the Moon. The America of endless possibilities. And, yes, the America that was 90% white. And that America is gone. The new America is based on anti-white envy and sexual degeneracy pushed on our smallest children. The flag may still be the same, but the old America, the Dream, is dead. Gregory Hood has written a powerful and poignant book about what we have lost. I highly recommend this book.”

“Calling Mr. Hood’s work ‘must read’ doesn’t quite do it justice. Perhaps no voice has been as prescient in detailing the crisis unfolding in America for its historic majority population, and in noting the proposition nation is irredeemable. This is the seminal political work for understanding the situation white people face in America.”

“Prolific. Punchy. Powerful. Gregory Hood is one of the most insightful and entertaining writers in the Alt Right.”

White Nationalism
2. Waking Up from the American Dream
3. For Others & Their Prosperity
4. Dinesh D’Souza’s America
5. Race: The First Principle

The Failure of Conservatism
6. What Makes Republicans Tick?
7. Why Romney Must Lose
8. A White Nationalist Memo to White Male Republicans
9. How to Destroy the Republican Party

Religion & Guns
10. Why Christianity Can’t Save Us
11. No Separate Peace
12. Why Liberals Hate Guns
13. Beltway Rambos

Gregory Hood is a San Francisco-based writer on politics, religion, and culture. His essays and reviews have been published at Counter-Currents Publishing/North American New Right, Alternative Right, Radix Journal, and American Renaissance. This is his first book.