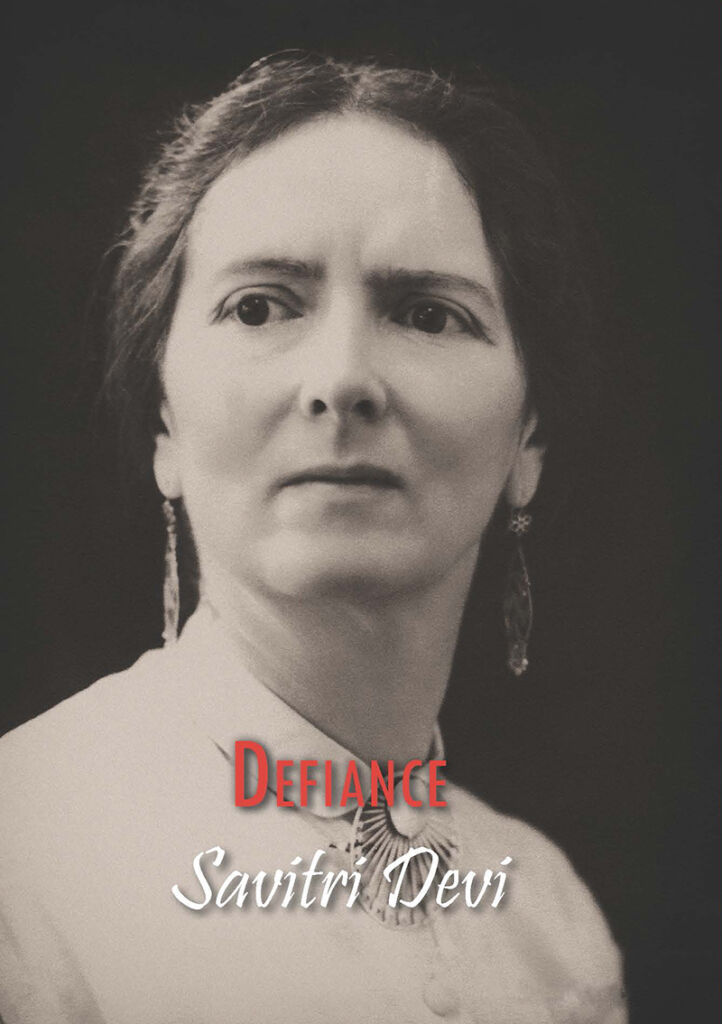 The Savitri Devi Archive’s 2008 edition of Defiance, long out of print, has been reprinted in hardcover & paperback by Counter-Currents!

On 7 September 1948, Savitri Devi entered Germany with eleven thousand propaganda posters and leaflets condemning the Allies, proclaiming that Adolf Hitler was still alive (which she believed to be true at the time), and urging Germans to resist the occupation and to hope and wait for Hitler’s return.