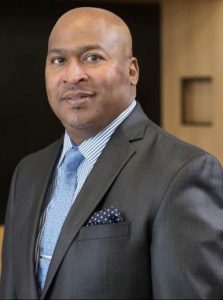 Moldering in this “new normal” we have been so roughly thrust into, it may help to think of every new day as a personal challenge to your powers of imagination: How will the ruling class elites make today even worse than yesterday? On any given day you may be tempted to say to yourself: “Okay, we’re approaching peak-stupidity and the collapse is near.” But then you click on “the news” and it’s painfully obvious that we are nowhere near the summit.

That happened to me several days ago. I was humming to myself a couple of lines of a song from the old Bolshie, Pete Seeger, “We’re waist-deep in the Big Muddy. And the big fool says to push on.” Somehow, “Big Muddy” made me think about the state of today’s universities run by regiments of cowardly, little fools. So, I clicked on the website of a state university (“a public research university,” as it describes itself), Wright State University in Dayton, Ohio. I have more than a passing interest in this institution because I worked there for many years. In the breaking news section was this gem:

Well, “thank God,” you say, “another vice president is just what they need.” Fine, but what does a “vice president for inclusive excellence” do — exactly? Sounds mysterious. It’s supposed to be. To answer that question, you must give the “diversity” hermeneutical ring on your pinky finger a couple of twists, and it will tell you that the job title is a ruse (explained further down) and the bottom-line “skinny” is that Matthew C. Chaney is going to be the latest and greatest “Diversity” Big Cheese at WSU. Every university now must have one. His appearance — he is black — fulfills the most important of his job responsibilities, which is to raise WSU’s virtue signaling profile. He will be WSU’s “official” black guy, hired to make everyone on campus go weak-kneed when he drops by the office to ask: “What is your commitment to diversity?” Slapping a VP title on him is to signal just how important he is and give that question its menacing tone and consequential import. This appointment is a function of the protection racket commerce that WSU, just like every other university these days, must engage in. His salary is a kind of “insurance policy” that is supposed to make the black folks there think that the administration cares about them more than anything and to keep the more aggressive race-grievance hucksters at bay like a lion tamer with a whip and a chair.

There are so many ways to heap ridicule on this insult to the intelligence of Ohio citizens who attend and support this university. But I want to forego that pleasure at least for the moment and explain why this hire is noteworthy and egregious.

To begin with: WSU for the past several years has been in deep financial distress — hemorrhaging enrollment, slashing services, budget-cutting, laying off staff and faculty. The University administration recently announced that it will be terminating 113 full-time tenured faculty. When a university is heaving the tenured professor baggage overboard, you know that the crew members on the ship of learning are feeling like they are standing on the deck of the Titanic.

Let me add that WSU is not a rich kid college like Oberlin in northeast Ohio, a fake institution of higher learning that recruits young, brainwashed “Wokesters” and at seventy-five grand a year for tuition/fees, room and board trains them to emerge as shock troops in the war against “systemic racism.” WSU is a “first generation to go to college” university — not selective, as you can probably guess. Most of its students are local. Many come from blue-collar and lower-middle-class families. They must take out loans to pay the $11,330 annual tuition. Unlike the Oberlin students who come there seeking further indoctrination, many of the WSU students have little interest in Wokesterism. They just want to be accountants, nurses, or electrical engineers. Nevertheless, they are subjected to doses of it by the feminists and social justice warriors who teach the required general education classes like Sociology 3610, “Sociology of Gender.” The course “examines how gender is created and negotiated across space and place.” Two more challenges to your imagination: If you had to do it all over again, would you “negotiate your “gender” differently? What does the prof who teaches this course look like?

Now with WSU’s current financial distress, you might ask: why is the administration adding to the payroll a Vice President with a title that anyone outside of a university would react to by saying: “This is a joke, right?” VPs at universities don’t come cheap, and VPs for “making the black folks think the administration cares about them” are high cost. How high? Well, thanks to Diversity Officer Magazine we have Diversity Officer Salary Data from a national survey that reports what the “Chief Diversity Officers” make. The data is from 2017, so figure even more. San Francisco tops the list at $203,000. In Columbus, Ohio you will have to settle for $157,495. With those salaries, being oppressed is a lot more fun than it used to be.

Diversity Officer Magazine is worth looking at to get a grasp of how ideological insanity has come to present itself as a respectable professional enterprise. The articles are an entertaining journey into the alternative universe that these people have created for themselves. One title as an example: “Are the Black Lives Matter Protesters any less Patriotic than the Boston Tea Party Rioters?” Yes, we get it. Subtlety is not the strong suit for aspiring “diversity personnel.” Language for these people is not a tool for illumination, explanation, or understanding; it is both a make-up kit to enhance their victimhood appearance and a club to beat up people they don’t like. The opening sentence loaded up with petulant, whiny bellyaching is the language of “the hustle,” used for what Tom Wolfe called “mau-mauing the flak catchers”: “Black people are sick and tired of being sick and tired.”

Not by a long shot, Bro.

I must, however, get back to the “first vice president for inclusive excellence at Wright State University.” I stress the word “first” because it is that word that carries the ruse in this PR gesture — the administration hopes to slip this rusty musket to inattentive readers worried about other things. However, anyone who has the slightest acquaintance with WSU can smell a rat at the beginning of this announcement. The language that follows simply boosts the odor.

Nice try, but in case Sue hasn’t seen a calendar lately, it’s 2021, and the university, she tells us, is just now coming around to being serious about “inclusion,” “equity,” and the rest of the “diversity” feel-good banalities that require constant polishing by a Vice President? No, she really doesn’t want to make that kind of confession. But somehow, she has to make adding this expensive, heavy freight to a fiscally sinking ship look like a bold, new move rather than gross incompetence.

The problem that besets this public relations subterfuge is institutional history: In 2012, WSU appointed Kimberly Barrett Vice President — Multicultural Affairs and Community Engagement. Her job was to “have a hands-on role in continuing to promote and nourish diversity, multiculturalism, and community engagement,” as it was said in the announcement.

By 2017 Kimberly, had “nourished diversity” at WSU as much as she could and decamped for greener pastures where her dog and pony show, no doubt, would bring a higher salary.

Picking up the “diversity torch” then was Matthew Boaz who, according to the university announcement of his position, “is a nationally recognized leader in diversity, inclusion, equity and access. . . . As chief diversity officer, Boaz will provide leadership in promoting a campus culture that supports diversity and inclusion, forging strong partnerships with students, faculty, and staff.”

You get the picture. Every newly arriving Diversity Chief comes towing a truckload of meaningless but useful abstractions. If you read the complete announcements you cannot help but be impressed with all the verbs as they pile up to convince you that these folks will be earning their keep: “working,” “fostering” “nourishing,” “leading,” “collaborating,” “overseeing,” “advising.” There is simply no end to all the heavy lifting they are called upon so as to cast their magic “diversity” spell on the nullity they call “campus culture.”

But, if I am permitted, let me call a spade a spade. This “first vice president for inclusive excellence” turns out to be just one more “head of diversity” but with a different — I’m sorry — incredibly dumb-sounding title to try to make it sound like it’s something other than the “same old, same old.” What new tricks is the new Matthew going to pull out of his sleeve that we have already seen by Kimberly and the old Matthew?

The President gives no hint at what he will do differently because there is nothing to say. The “diversity” business is a virtue-signaling business. Its entire scope is talking about how important diversity is and scolding those insufficiently enthused about the chatter. There is never enough “diversity.” No one can tell you exactly what it is, much less when you’ve reached “peak diversity” or if you’re even close. Which means more talking. So, you begin to grasp the circularity in play. “Diversity,” a nebulous abstraction, disappears — Poof! — if you stop talking about it. “Diversity” only exists when it is invoked as a talisman, a magical word used to signal the moral superiority of the speaker. As well, “diversity” is routinely made to follow the words “not enough.” That is the signal that someone is to blame for “not enough” and must atone for it both ceremonially (apologies) and materially (Affirmative Action and reparations). “Talk’s cheap” unfortunately doesn’t apply to “diversity talk.” The talkers always come loaded down with “invoices.” And worse. We are forced to pretend that the talkers are serious people who are going to make the world a better place rather than shakedown artists out to grab more goodies for members of their own tribe.

No part of this appointment farce is unique to Wright State University. WSU is a typical American university, and American universities are in the business of catering to the grievances of victim groups. Putting a “victim” from one of the certified groups into a big office with a fancy title and a fat salary, no matter how unnecessary and fiscally irresponsible it is, is part of making what they call “diversity” happen. If and when WSU collapses, the vice president for inclusive excellence will be the last one there to turn off the lights and look for another mark.

« John Seymour’s Retrieved From the Future