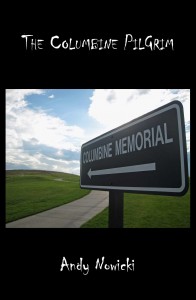 Andy Nowicki is a dissident reactionary malcontent who lives in Savannah, Georgia. He has written for several print and online journals of social commentary, including The Last Ditch, Alternative Right, Takimag.com, New Oxford Review, and American Renaissance. This is his second novel. His first novel, Considering Suicide

, is available from Nine-Banded Books (http://www.ninebandedbooks.com) and from Amazon.com