Editor’s Note: This essay is from Michael Polignano’s book Taking Our Own Side, available in hardcover, paperback, and e-book here.

An elegant proof of this thesis is “Indigenous Peoples Day,” which is the multiculturalist replacement for Columbus Day, the holiday honoring the white (re-)discovery of the Americas in 1492. The idea was first proposed in 1977 at a United Nations-sponsored International Conference on Discrimination Against Indigenous Populations in the Americas, which took place in Geneva, Switzerland. It received impetus from the approach of celebrations of the 500th anniversary of Columbus’s arrival on Turtle Island on October 12th, 1992. In July of 1990, representatives of 120 American Indian tribes and various human rights, peace, social justice, and environmental organizations met in Quito, Ecuador, and announced the plan to turn Columbus Day 1992 into a forum for denouncing white imperialism, colonialism, genocide, and environmental destruction in the Americas and for celebrating indigenous cultures and their resistance to whites. (Apparently, “nativism” and anti-immigrant xenophobia are only bad when practiced by white people.)

In the San Francisco Bay area, a “Resistance 500 Task Force” proposed to the Berkeley City Council that Columbus Day be replaced with Indigenous Peoples Day. They did not merely argue that Amerindians deserved a holiday, but that Columbus did not deserve one because he was guilty of genocide. The Berkeley City Council voted unanimously to adopt the proposal, thereby symbolically repudiating all of white history and civilization in the Americas. (In 1990, Berkeley changed Columbus Day to Native American Day. In 1991 the name Indigenous Peoples Day was adopted. After several flip-flops under pressure from both Italian American and Amerindian groups, in 1996 Berkeley adopted the compromise “Indigenous Peoples Day-Columbus Day.”) Other California cities followed Berkeley’s lead, as did the state of South Dakota. 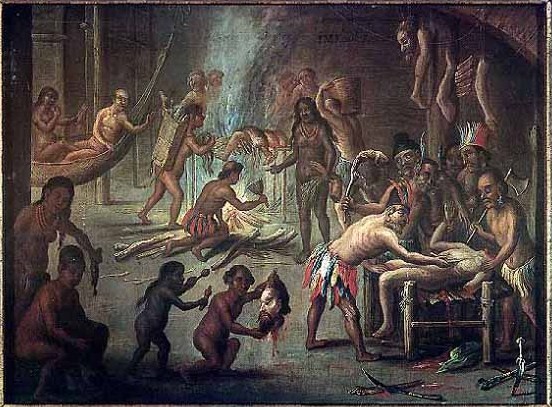 So it seems foolish and decadent when modern Americans, who have never had to face unsubjugated savages, morally condemn the much tougher men who wrested this continent from them, the men whose blood and sweat purchased the long and enervating peace in which fantasies about noble savages and white guilt could grow unchecked.

What I reject is the use of Indigenous Peoples Day as an occasion to spread lies about the unqualified virtues of the Amerindians and the unqualified depravity of whites. I am glad that whites conquered and colonized the Americas. All told, it is a much better place for our presence. I celebrate Columbus Day not because of Columbus himself, but because of the historical transformations he set in motion.

But I grant that the history of white men in the Americas is not just a record of creativity and progress, but also of crimes and follies — written in blood and stained with tears. But the same is true of red men in the Americas, and of all races of men everywhere in the world. Thus it is transparent anti-white racism to create a holiday where whites are asked to feel guilt for the crimes of fellow whites but the other races are exempted from the same moral reflection and instead play the role of accusers. 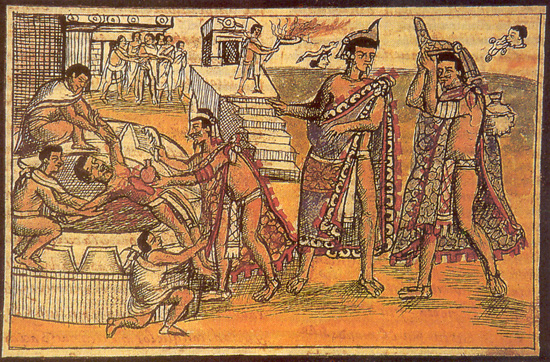 As a first step toward balancing Indigenous Peoples Day propaganda, I recommend Kevin Beary’s essay “Life Styles: Native and Imposed.” There Beary quotes Bernal Díaz del Castillo’s The Conquest of New Spain, which chronicles Hernán Cortés’ discovery and conquest of the Aztec empire. As Díaz reports, in the town of Cempoala near the Gulf of Mexico: 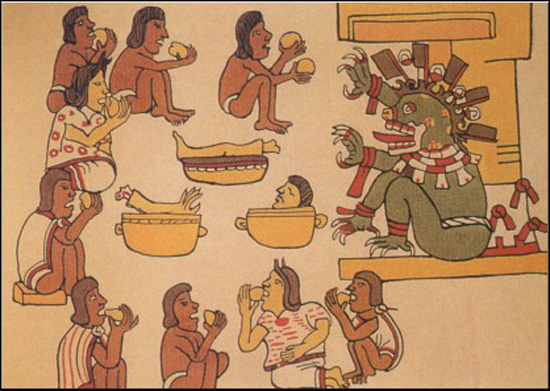 Ideally, I would like to get beyond whites and Amerindians trading atrocity stories about and demanding apologies for the actions of one another’s ancestors. But gaining a balanced picture of those atrocities is probably the only way to do this.