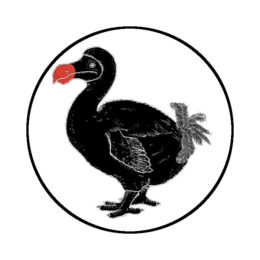 Online personalities Curt Doolittle and John Mark caused a stir in the nascent Propertarian community in early June 2020 by announcing a Founding Father’s Convention 2.0 in Richmond, Virginia, on July 4, 2020.

Propertarianism is a phrase coined by Curt Doolittle, who saw his system of thought as an improvement upon the utopian impracticalities of libertarianism. Doolittle claimed to be a retired tech entrepreneur with successful business dealings that included crossing paths with Bill Gates. When he first appeared, he inexplicably lived in Kyiv, Ukraine; a strange detail that added to his mystique.

As Curt’s Facebook presence grew, a motorcycle helmet-clad YouTuber named John Mark emerged with commercial-grade, super-high production quality videos that spoke in the Doolittle/Propertarian lexicon. Despite having yet to meet or converse with Doolittle, John Mark referenced him directly. Their eventual union took the intellectual movement to the next level; Propertarianism had its guru and its hypeman. The only thing missing was a real-world show of strength. Hence the imperative for the July 4 Fiasco.

Doolittle and Mark promised an event that would be this generation’s equivalent to the signing of the Declaration of Independence. With less than a week until The 4th, Doolittle provided an impressive “Declaration of Reformation.” Prospective attendees were invited to be part of history by signing their names to this document.

Successful events take months, if not years, of planning. It’s challenging enough for well-capitalized businesses who can dedicate salaried staff and hire consultants. To say that Doolittle and Mark attempted to pull this off on a shoe-string budget would have been an overstatement; there was no budget. What’s more, there was no protest permit, or venue for signing the Declaration, or megaphone for addressing the crowd; there was just a sweaty, beleaguered old man jockeying with hostile actors for a stage that wasn’t his.

Propertarian community-members were told to meet up at 9:30 AM in front of the Capitol Building in Richmond, VA. At 9:30, about two to three dozen Propertarians had assembled among a much larger group of 100 or more 2nd Amendment rally goers who had never heard of Propertarianism. Doolittle and Mark were conspicuously absent.

Around 10 AM the police gave the crowd permission to move to the center of Bank Street, where protest organizers could address the group from a tall stone staircase leading up to a state building. It’s at this point that Curt Doolittle appeared in a frumpy white button-up shirt, already drenched in sweat. To be fair to Doolittle, he is a man in his late 50s who has battled and survived cancer twice. John Mark was easily identified by his distinctive voice that Propertarians had become familiar with after imbibing hours of his videos. Despite his status in the community, he did not address the crowd or even Propertarians at any point on that day.

The first to take the stage was a 19-year-old man named Mike Dunn, who had cultivated an online following under the name Virginia Knight. Dunn used a megaphone to shout a pro-gun, anti-police, CivNat message that included nods to the approximately 6 BLM protesters in the crowd. Herein lies the most egregious unforced error that Doolittle and Mark committed; their coming-out party wasn’t even their own party. The 2A and/or VA Knight people had the protest permit; it was their event. The crowd was comprised overwhelmingly of 2A-only demonstrators. Doolittle was only able to address people because he was allowed to.

The harshest criticism of the (non) event was for Curt’s perceived “cucking” to the handful of BLM guys. This is much ado about nothing. Most people in the crowd were armed to the teeth. There was no reason to inflame passions. A conciliatory tone and graciousness were in order. After all, it wasn’t Doolittle’s house; he was merely a guest. He had no choice but to hand the megaphone over to BLM.

The real failure of Founding Father’s Convention 2.0 was not Doolittle’s flattering words to a few BLM guys, it was his and John Mark’s total and utter failure to provide an event that resembled what they had promised. Many young men in attendance drove cross-country, spending hard-earned money on gas, tolls, motels, and fast food. All to meet their Facebook guru and favorite YouTuber and be part of something bigger than themselves. Instead, they got a sweaty old man shouting in bizarre prose to a group of strangers who couldn’t be less interested. There was no grand hall and signing ceremony. There was no meet-and-greet with idols people had been fawning over for months and even years.

Propertarianism’s first brush with reality resulted in an ignominious end for its founder and innovator. The blowback on Facebook and YouTube was so intense that John Mark retired from public life on Wednesday, July 8, 2020. Curt Doolittle has descended into rage-posting on Twitter, basically telling people they’re too stupid and immature to deserve a leader like him.

Both men derided their detractors as Nazis; ironic coming from men who based their ideology on race realism, genetics, and eugenics.  After years of openly hypothesizing and pining for a Second Civil War, they defended themselves as pragmatists who wanted to build consensus and solve problems politically. Their tone and message changed on a dime in order to defend the dissimilitude between past words and current deeds.

Doolittle and John Mark promised the most meaningful intellectual and political movement since the 1776 Revolution, but the Propertarian Black Swan turned out to be nothing but a Dodo.