What About Diaspora Nationalism? 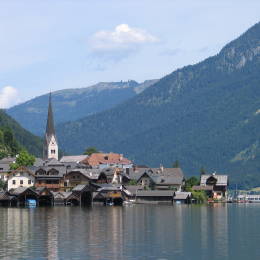 Is political power too far out of our grasp? Are our nations doomed to collapse? Are party politics a rigged game we can never win?

These questions loom over many distraught nationalists. They see Donald Trump as a massive disappointment, they bemoan the persecution European identitarians suffer, they see no possible action to save their people from destruction. Some become so blackpilled that they give up politics entirely and try to return to the bluepilled world. Others decide that we need to transcend politics and build a diaspora culture in order to survive. Our own nations are beyond saving; it’s time to see us as a people without a home and separate ourselves from the decline. We will become a transnational people, dreaming of the homeland to come.

This is not a new idea, but it’s gained increased attention after the Charlottesville debacle and disappointment with national populist politicians like Trump. Though it is tempting to buy into this theory, it’s a fool’s hope. Power will not be acquired by retreating from the world; it will only be taken by engagement and appeals to the mainstream of white society.

One of the best articulations of the diaspora concept was written by one “Titus Quintius” in 2017. Quintius labeled the strategy as the Fifth Political Theory. The writer argues that trying to win through the normal political process is hopeless because most Westerners don’t want to be saved:

You cannot bring a corpse back to life. . . That’s the premise of the Fifth Political Theory (5PT) with regard to ethnic nationalism. The way forward is not to cling to the nation-state or to try to carve one out of a multi-ethnic imperial state. It is to reorient ourselves towards a diaspora model. The West is becoming de-nationalized. . . If we are to become a minority in what is becoming someone else’s country, and we want to continue our Western heritage, we will need to embrace the ur-identity, that of the tribe. Because we are a tribe inside a vast, multi-ethnic superstate that is increasingly foreign to us (and us foreign to it), we are also a diaspora.

Ultimately, 5PT sees nationalist politics and building a mass movement to “take our country back” or “save our nation” as a futile waste of resources that we need to build our tribe.

Quintius writes that this identity should not be based on one nation or ethnicity — it should be pan-European and ideological. We need to become a global tribe dedicated to preserving our racial heritage. Quintius believes this will benefit us as we “will, fortunately, become more cohesive and resilient. And if we reject the national model, we do not need to burden ourselves with pursuing fruitless objectives at that level. We can focus on the tribal level.”

This is a fairly decent summary of the diaspora mindset. Whites have already tried this in certain places, building communities separate from the nations they dwell in. Afrikaners founded Orania to escape from the deprivations of black-run South Africa. It’s largely been successful in isolating itself from the surrounding racial hell. Orania has been able to do this because the black government doesn’t view them as a threat. These are just a few whites moving to their little corner; the African National Congress knows they cannot take over the country. This is not a criticism of a positive community, just an observation.

Some German nationalists have also moved to remote villages to isolate themselves from multiculturalism. Unlike Orania, these villages are explicitly ideological and seem more like skinhead compounds than attractive communities.

Both of these examples reveal the problems of setting up isolated diaspora communities. If you base it on ideology, you will only attract the fringe. Several American white nationalists have tried to set up communities of their own in rural parts. The Craig Cobb farce of a few years ago perfectly demonstrates the failure of these experiments. You’re likely to attract only misfits who can’t fit into normal society. There will be hardly any women and few resources to make these experiments thrive.

Moreover, they were despised by the locals. Cobb’s “community” ultimately came to an end over disputes with neighbors. The same happened with the World Church of the Creator’s community attempt. Ruralites don’t want their towns invaded by crackpots and freaks.

Granted, the readers of Counter-Currents are far less nutty than Craig Cobb, World Church of the Creator, and the Aryan Nations. But similar problems would exist for any nationalist community. The only way they can survive is if they are non-ideological and pose no threat to the existing order. That’s not exactly in the cards for a dissident community.

You’re also not going to obtain power in the middle of nowhere. You will not attract elites, who will be forced to ditch their careers and families to live in a hovel. You will not interact with the mainstream of society, who will never see your community outside of scary media reports. The average white person doesn’t want to give up everything they know to live with a bunch of strangers who share the same memes on the internet. Ghettoization is not the path to success.

Quintius’ insistence that we can build communities simply on ideology overlooks the low-trust, toxic relations among the far-Right. Do you really think people who quarrel over TRS forum posts from three years ago are capable of creating a town together? People will bicker and fight more when they live with one another. A shared radical ideology is more likely to cause friction than unity in a small community.

The low-trust among nationalists — complete with doxing and vicious feuding — foredooms any attempt to produce a healthy community. You would need more than ideology to build these resilient IRL networks.

There are other options to build a diaspora community besides small villages. There’s the possibility we can form clandestine fraternal organizations and mutual assistance groups. People can go about their normal lives while belonging to identitarian groups that seek a better tomorrow. Many of us already live like this and we have groups and events that connect us. These do constitute communities of sorts, but likely not the ones envisioned by the advocates of diaspora nationalism. They would possibly prefer a global network like the Freemasons, where you maintain a presence in every city and wield power outside of politics.

Maybe that can one day can happen, but there would need to be a huge cultural change for society to accept white nationalist lodges everywhere.

There have been plenty of ethnic diasporas that have kept their identities alive away from their homelands. The problem for whites is that our identities are disappearing in our own lands where we’re the majority. In America, most whites don’t even think they have an identity. This obviously hinders our ability to form a diaspora community.

There’s also the challenge of keeping people engaged in non-political activities when political ideology is the chief factor. The diaspora is brought together by politics, but we’re not supposed to engage in politics. Organizations operating like this would struggle to retain membership and unity. The Dissident Right’s ideology puts a target on its back, whatever it does. It would also not draw many recruits over fears of doxing and career ruination.

There are two great examples of stateless political diasporas having a major effect: communism and Zionism. Communism connected millions of people all over the world under the red flag. Zionists connected millions of Jews with the dream of an ethnostate. These are two examples that identitarians could emulate, but both groups had significant advantages we don’t have.

It was easier being a communist in the Cold War than it is being an identitarian in the 21st century. Communists also faced persecution and suppression, but they had a ready market for their ideas among the intellectuals and working class. There was far more tolerance for communism among these classes than among any group for white nationalism today. There was also a state sponsor of communist organizations for most of the 20th century. We certainly don’t have a state sponsor. The liberal chattering class also respected communists and saw their cause as moral yet misguided. The chattering class sees us as worse than child killers. Average people are more willing to make riskier associations if they feel it will be praised by the right people. We don’t have that advantage.

Zionists had obvious advantages. For one, Zionists didn’t face persecution for their political beliefs. They were backed by some of the most powerful people in Western societies and enjoyed the respect of polite society. Zionists grew from an already-established ethnoreligious group that was not outright hostile to their ideas. There is not a single Christian denomination that is friendly to our views.

Importantly, both Zionists and communists stayed involved in politics and gained members through political activity. Communists were at the forefront of the civil rights movement and were heavily enmeshed in union organizing. Zionists supported various political candidates. They were not movements that gave up on the unwashed masses and politics.

We already have a kind of diaspora nationalism. The internet allows us to connect to like-minded folks all over the world. Many of us live in lands far away from our homelands. Many of us feel more connected to comrades we’ve never met in person before than with our own real-life friends. What unites us is, ultimately, politics. Yes, it is an ideology that is more than an opinion on tax cuts and single-payer healthcare. It is an all-encompassing worldview.

But let’s not kid ourselves.

Without the political struggle, we would be without a purpose. We stay relevant through political involvement and activity. People turn to us for answers to current troubles. Retreating from the world is not an option for us. We are not a religion or an entertainment subculture. We are a political force. The best way to succeed is to engage with the mainstream of white society and appeal to those most inclined to wake up. We can only do that through political engagement and metapolitical work.

If politics were hopeless, the answer would be to turn to religion. But that’s a matter worthy of its own essay.

Political struggle is not a dead end. It’s our best path to salvation.