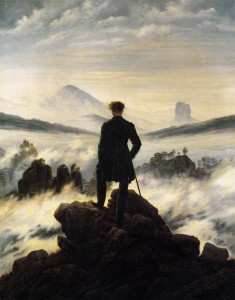 2019 was Counter-Currents’ best year in terms of traffic and overall performance:

But 2019 was also our worst year in terms of the opposition we faced:

But in spite of these obstacles — and in some cases, because of them — we still had our best year ever.

One of the intellectual godfathers of fascism was Italian sociologist and political theorist Vilfredo Pareto. One of Pareto’s most enduring discoveries is the so-called “Pareto principle” or “80/20 rule” or “law of the vital few.” Basically, Pareto discovered that in most human endeavors, 80% of the effects — both positive and negative — come from 20% of the causes — and, conversely, 20% of the effects come from 80% of the causes.

One of the traits of self-defeating people is to focus on the 80% of efforts that produce 20% of the rewards. Such people are always stressed out and treading water — or simply failing — because they expend enormous energies to little effect.

One of the patterns of ineffectual people is not to know about the Pareto principle at all.

Over the course of 2019, the various waves of persecution and de-platforming have forced me to take a good hard look at Counter-Currents in terms of Pareto’s principle.

The Webzine vs. Book Publishing

Furthermore, our book publishing efforts always simply broke even, which means that what kept Counter-Currents afloat were donations, which were primarily drawn by the webzine.

But I like books, and I was willing to put in the effort to produce them, as long as I had a reasonable expectation that they would at least break even. Furthermore, if our titles could reach the global book market, there as always a chance that some of them could become hits.

The decision of Amazon.com and Barnes and Noble to censor Counter-Currents titles has changed that.

The upshot is that Counter-Currents will be a lot more like American Renaissance and VDare, which are webzines that also do occasional print publications on the side.

Live speaking events definitely fall into the 80% work/20% rewards category. They are expensive, time-consuming, disruptive of my writing routine, and — unless I manage to get arrested — they have comparatively little impact. Thus in 2020, I am planning to attend only one public event: I will be at the American Renaissance Conference at the end of May, where I will be selling copies of my book White Identity Politics.

In 2020, I will be organizing and speaking at only one private event. On Thursday, June 11, in New York City, Counter-Currents will be celebrating our 10th birthday with a party, including a banquet with an all-star lineup of speakers. This event will be open only to long-time Counter-Currents donors, authors, and friends. This party will inaugurate our second decade, unveil a completely redesigned webzine, kick off our annual fundraiser, and also be the start of a new tradition. I want the annual Counter-Currents party in New York City to become the most prestigious and sought-after invitation in our circles. So mark your calendars.

The weekly Counter-Currents Radio podcast was sidelined in the runup to and aftermath of the Oslo incident. We will be starting again this week.

I believe that the 2020s are going to be the decade when National Populism really roars. The 2020 US Presidential Election is going to be a historical turning point. It is not going to be a referendum on Donald Trump, who is ideologically muddle-headed, or on his policies, which are mostly disappointing. The Left will make this election a clear-cut referendum on the principles of populism vs. elitism, nationalism vs. globalism, white identity politics vs. multiculturalism and white demographic decline. The 2020 election will put National Populist issues at the center of a global conversation, and Counter-Currents will be in the intellectual vanguard, grabbing as much attention as we can by tearing apart globalist lies and illusions and defending White Identity Politics as inevitable, necessary, and morally imperative.

It’s going to be glorious. It’s going to be fun. It may just help turn the world around. Thus I want to thank all of you — our readers, writers, and donors — for making it possible.