Special Prosecutors Are Bad for America 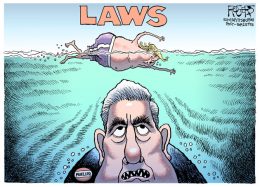 Once revealed to the public, the question of the legality of this operation turned out to be difficult to untangle. Plus, the Reagan administration had some very good reasons to support the Contras. The Cold War wasn’t imaginary. Additionally, the investigators ended up appearing as if they supported Communist gains in the Americas. The still-unhealed wounds from Vietnam War were also a factor; the investigators appeared to the public like hippies scorning a patriotic veteran. Oliver North became famous, and was seen by many as a martyr.[1]

The Ken Starr investigation was a disaster for the United States. It obscured what should have been a national conversation[2] regarding the rise of al-Qaeda and radical Islamism. It’s not that the information wasn’t out there; the idea of a clash of civilizations had first been raised in 1992, and the famous Samuel Huntington book of that title was published in 1996. The first attack on the World Trade Center had already occurred in February 1993, when federal law enforcement was wasting time prosecuting what would become the Waco massacre. Other Islamist attacks on American targets took place during Clinton’s presidency, but when he finally retaliated by bombing al-Qaeda targets in Afghanistan and Sudan in 1998, he was accused of trying to distract public attention from the Starr investigation. The press claimed that the tail was wagging the dog. Today, we’re well aware that it was in fact Ken Starr and the blue dress that was the side show.

[1] For further reading on Vietnam, I suggest The Nightingale’s Song (1995) by Robert Timberg.

[2] Clinton should have also been able to bring about immigration reform. He very likely read Peter Brimelow’s Alien Nation (1995).

« Edred Thorsson’s History of the Rune-Gild