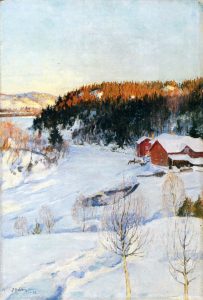 On this episode of Counter-Currents Radio, Greg Johnson is joined by Finnish activists Tiina Wiik and Junes Lokka to discuss current events, the situation in Finland, and your questions. Topics include:

Please note that technical difficulties render Tiina and Junes’ audio a bit muddy at the start, but it improves substantially at around the nine-minute mark.