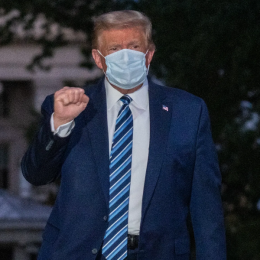 Everyone is familiar with psychological warfare, in which information is used to break down the morale of an enemy in wartime. It can also be used on individuals within a community in order to get them to act in a specific way. There’s also propaganda, which is an information campaign used by government to change public opinion or reinforce codes of conduct. This is no different from a marketing campaign, except the people doing it can also use force to get the attention of the audience.

Less known is the use of behavior techniques to subtly encourage or discourage behavior within a population. The idea is to change the environment so that the desired behavior feels like a natural choice. Humans are not fully rational and will make choices that are not entirely in their interests, because of things like peer pressure or assumptions about what everyone else is doing. The Chinese social credit system works on these principles to encourage compliance.

One way this is being done in English speaking countries is through the anathematizing of ideas and concepts the managerial elite wants to discourage. The coordinated and often theatrical banning of people from social media, for example. The people targeted often seem random and nonsensical, but it is not about the people, but about reinforcing an environmental variable. That is, you can be cut off from your in-line community for saying the wrong thing, so you best be careful.

The managerial class has used this tool to great effect. The number of people actually banned from these platforms is quite small, relative to the overall numbers, but the effect has been enormous. Corporate censorship and self-censorship are becoming normalized in America. Note how the term “free speech” is no longer used by anyone but those treated as subversives and trouble makers. They have changed the environment regarding speech, and the people are complying.

This is what lies behind the rather weird war on white supremacy the government has been waging since the Charlottesville debacle. We have black mobs, supported by far-left radicals, rioting in cities and the government is telling us white supremacy is our greatest enemy. They are running around arresting alleged white supremacists on spurious charges. The distinguishing feature of these arrests is the pettiness of the campaign against them.

The people being targeted by law enforcement are not posing a threat to the public in the conventional sense. They are not sowing discord in the public or building a huge following of believers. Instead, they are being used by the managerial class to reinforce the concept that there is a hard limit on what one can say and do in politics by normalizing the criminalization of politics. Once this idea gets normalized, the only questions are what is allowed and who decides.

Obviously, the managerial class is working hard to get the evil Donald Trump voted out of office next month. Note that there is very little in the way of a propaganda campaign in favor of Biden and Harris. The former is mostly in hiding and the latter has been completely forgotten, despite the fact she is the actual candidate. The goal of the information campaign is to play a form of three-card Monte, in which the public never actually sees the option placed in front of them.

Instead of a conventional campaign on behalf of the candidate, we have a social proof heuristic through the use of polling and media coverage. Everywhere you turn there are polls telling us how everyone hates Trump. Polling, we’re told, says he is facing a historic defeat next month. The media is full of stories about how this group or that group is angry or disappointed in Trump. They have created an environment in which people are ashamed to say they are voting for Trump.

Another technique being used is to make voting against Trump the default option if you wish to escape the insanity of 2020. Many states, for example, have promised to end the COVID restrictions after the election. The media is injecting the term “return to normalcy” when discussing a Biden victory. In other words, having created a highly unpleasant environment for the public, they are now talking about the one door through which people can escape the madness of the current year.

The people behind this are not particularly adept at using force to maintain their position and compel compliance. This has been clear in the response to the riot campaign waged by the Soros organization this summer. The politicians all the way up to the President were too timid to take on the rioters. Instead, their instinct was to out-clever them until they tired of the violence. These are people uncomfortable with confrontation, so they went with the indirect approach.

This is the nature of the managerial class. These are not the sorts of people who relish the big confrontation. They are not lions. They are foxes. This means that their nature is to use deceit, cunning, and now manipulation through the use of sophisticated behavior techniques arising from business and economics. Rather than be faster than the fastest lion, they have removed the lions altogether. They get to rule by being cleverer and more manipulative than any potential rival.

This is why Trump is so hated in Washington. He is a lion, at least in how he presents himself in any competition. He is loud and brash, just like a lion, because it scares off most competitors. The lion is the baddest animal on the savanna because it does not have to fight to prove it. The foxes in Washington fear the very idea of such a person, so they instinctively work to get him removed from their environment. It is not about ideology or policy. The clever naturally hate the bold.

Psychological warfare and propaganda have had mixed results, owing to the nature of the environment and the quality of the people on either end. What works in theory does not always work in practice. The same is true for the new behavioral techniques used by the managerial class. There is also the fact that the evidence supporting their effectiveness is spotty. Manipulating the environment of a grocery store is possible, but applying that to a country is questionable.

There’s also the fact that these techniques are largely the product of the analog age, updated for the digital age. The internet is a force multiplier that the managerial class can exploit, but it is also an obstacle. The massive flow of information appears to be making people less trusting and more skeptical of what comes from the official organs of the managerial class. Every official lie and half-truth is met with a correction or a different lie, creating a low trust information environment.

Put another way, the managerial class maybe extremely clever and adept at accumulating and manipulating information, but in so doing they are annihilating the information by degrading the trust environment in which it is most useful. The more they nudge, the more people resist in unpredictable ways. They generate polling that says Trump will lose in a landslide, but the polling also says most people think Trump will win re-election despite it all.

This article originally appeared at The Z Blog.

« Yes, We are Headed for Violent Civil War