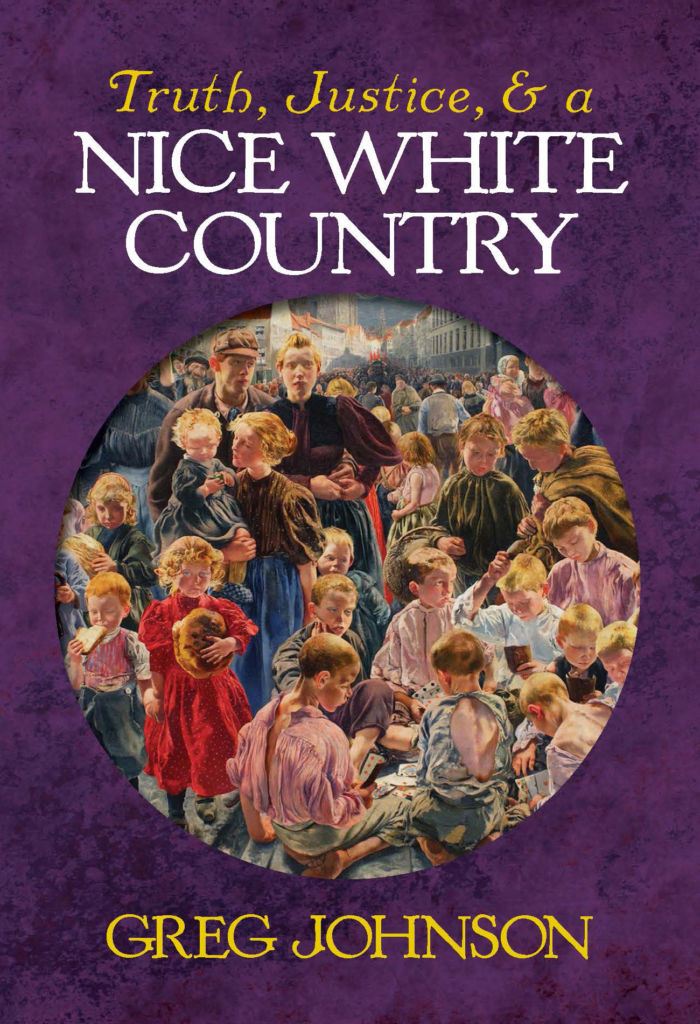 About Truth, Justice, and a Nice White Country

Praise for Truth, Justice, and a Nice White Country

“This collection of essays once again shows that Greg Johnson is a major figure in the movement promoting explicit White identities and interests. These essays are consistently insightful, beautifully and clearly written, and rigorously argued. Reading them, I am continually impressed by how Greg is able to make difficult issues simple and understandable, to the point that a lot of readers will be asking themselves why they have taken so long to realize the dire straits that Whites and their civilization are in. Greg’s intellectual confidence is infectious to the point that I suspect quite a few readers will come away thinking that the points he is making are not only true, but are obviously true. This book should be distributed far and wide to the converted and unconverted alike. College students, inundated as they are by cultural Marxism, would particularly benefit. The unconverted will sputter with hostility as they begin reading, but I suspect that many will come away with a completely altered worldview.”

“It does still sometimes happen that percipient individuals can break through the hardened carapace of received orthodoxies and develop original (and therefore dangerous) opinions all of one’s own! Humans are fungible, and society is like a sandbox in which all the particles are entirely equal—who could doubt such a generous thought? The central purpose of life is to increase prosperity, an aspiration more laudable by far than all others added up together. Can anyone deny it? There may be as many as four or five persons in the United States—and by now you know who I mean—who can and do dispute these and kindred imbecilities—(to answer your question I am speaking of Greg Johnson of course)—imbecilities, as I was saying, that are actively relocating the remains of our civilization onto unendurable terrain.”

—Tito Perdue, author of The Node

“Greg Johnson lifted me out of an intellectual gutter of losers and pastors I’d fallen in with after a Slam & The Ice Picks concert in Idaho back before the iPhone. He introduced to me to a loftier level of thinkers who speak and write in complete sentences and don’t sport Viking tattoos. Superb writers on the right side of the political spectrum who ended up on the wrong side of history like Ezra Pound, Martin Heidegger, and Savitri Devi. Greg’s mentoring moved me off the freeway to prison I was speeding along and put me on the path to full acceptance of my inner tweed and tortoise shell white self. If he can work a miracle like that for me he can do the same for you.”

“Truth, Justice, and a Nice White Country establishes Greg Johnson as the leading intellectual of the New Right. It belongs on every White Nationalist’s bookshelf.”

“In Truth, Justice, and a Nice White Country, Greg Johnson has once again set the banquet table and invited his friends and comrades to come and share his bounty of thought. The thread running through this collection of essays is nothing less than a compelling case for white survival. Johnson’s writing style is incisive yet elegant—profound yet easy to comprehend; complex issues become simple and understandable. All great movements–White Nationalism, included–need their philosophers, their theoreticians, their quiet but deep dreamers, their true and faithful pathfinders who show the rest of us the way. Greg Johnson is all the above, but best of all, he is ours. Read and enjoy.”

“Inspiration rules the world. Greg Johnson, in writings such as these, has breathed new inspiration into the struggle to save the White race, which is the greatest battle of our time. If we become great by dedicating ourselves to great tasks, then this is a great book and its author is a great man.”

“Greg Johnson’s writing is always direct and clear—‘like a windowpane,’ in George Orwell’s famous phrase. He has a near-magical ability to summarize thorny topics in a few paragraphs, all the while engaging our interest with sprightly, sparkling prose.”

“Sensible, measured, and unafraid of broaching difficult topics, Greg Johnson is building the White Nationalism we’ve all been waiting for. He stares into the abyss but keeps all four hooves firmly on the ground.”

“Erudition with clarity is what any writer should strive for. It is a pity that these two characteristics are so often at odds, but not in the writing of Greg Johnson, where they perfectly align. This volume of essays is just as lucid and easy-to-read as his earlier collection New Right vs. Old Right, but there are more signs of the writer’s dry wit and emotional urgency. Johnson’s writing represents the consciousness of Whites who are no longer content to be fobbed off with narratives of White guilt and slow extinction.”

“A primary American contribution to the world-wide New Right is ethnonationalism, a concept posited as being of universal validity because it is rooted in the biological realities of life.  Janus-like, it is at once modern and traditional, timeless and timely. In this collection of essays Dr. Greg Johnson, one of the foremost exponents of ethnonationalism, explains the Idea in theory and practice, covering a multiplicity of fields, and building upon his previous work towards a total world-view for the New Right.”

“If you have yet to read Greg Johnson, you are in for a treat. Truth, Justice, & a Nice White Country argues above all the moral case for universal ethnonationalism and, in particular, the continued existence and flourishing of the European peoples worldwide. Johnson’s ever provocative and tightly-argued essays on subjects as diverse as Islam, globalization, health care, marriage, or “game,” always zero in on the question: What is good for our people? Johnson’s essays have that typically Right-wing quality: unabashed earnestness. They will be particularly useful to Europeans seeking an introduction, beyond American History X, to the bogeyman that is White Nationalism. Indeed, the North American New Right – with the United States of America’s venerable intellectual tradition on race and the protection still provided, for now, by the First Amendment – is more explicit and freer in its discourse than anything you can find in Europe. Thus, the Europeans of the New World can help their brethren of the Old in that most foundational of activities: thinking freely. It can be infectious.”

“I heartily recommend Greg Johnson’s Truth, Justice, and a Nice White Country, as it contains a wide variety of insightful essays of great interest to any pro-White activist. From the basic problem, to nationalism, to foreign affairs (Ukraine and Russia), to sexual politics: it is all there. Even where I disagree (e.g., Chapter 12), his analyses are cogent and help stimulate the sort of thought and debate desperately required by a ‘movement’ stifled by too many fossilized dogmas. This book is a welcome addition to the library of racial nationalists.”

“Greg Johnson, a leading voice from the American New Right, has assembled in this volume a valuable collection of insightful and learned essays in which he explores and clarifies the difficult issues that confront Western civilization and the political movement dedicated to its survival and resurgence, white racial nationalism.”

—Irmin Vinson, author of Some Thoughts on Hitler

The Problem
1. White Extinction
2. White Genocide
3. He Told Us So: Patrick Buchanan’s Suicide of a Superpower
4. Jared Taylor’s White Identity
5. Kony 2012 & Jason Russell
6. The Republican Party Must Perish
7. The Conscience of a Cuckservative
8. Ferguson, Garner, & the End of Gentrification
9. Irreconcilable Differences: The Case for Racial Divorce

The Muslim Question
17. The Muslim Problem
18. Innocence of Muslims, Guilt of Jews, Interests of Whites

White Economics
25. The End of Globalization
26. Money for Nothing
27. Thoughts on Debt Repudiation
28. Brooks Adams on the Romans
29. The Austrian Economic Apocalypse
30. 5 to 9 Conservatism
31. How About Fascist Medicine?
32. The Boomerang Generation

Vanguard Strategies
33. Our Struggle Too: Propaganda & Organization
34. Vanguardism, Vantardism, & Mainstreaming
35. Vantard Strategies
36. The Smartest Guy in the Room
37. Spend Yourself, Save the World
38. In My Grandiose Moments . . .