End of an Era: Mad Men & the Ordeal of Civility 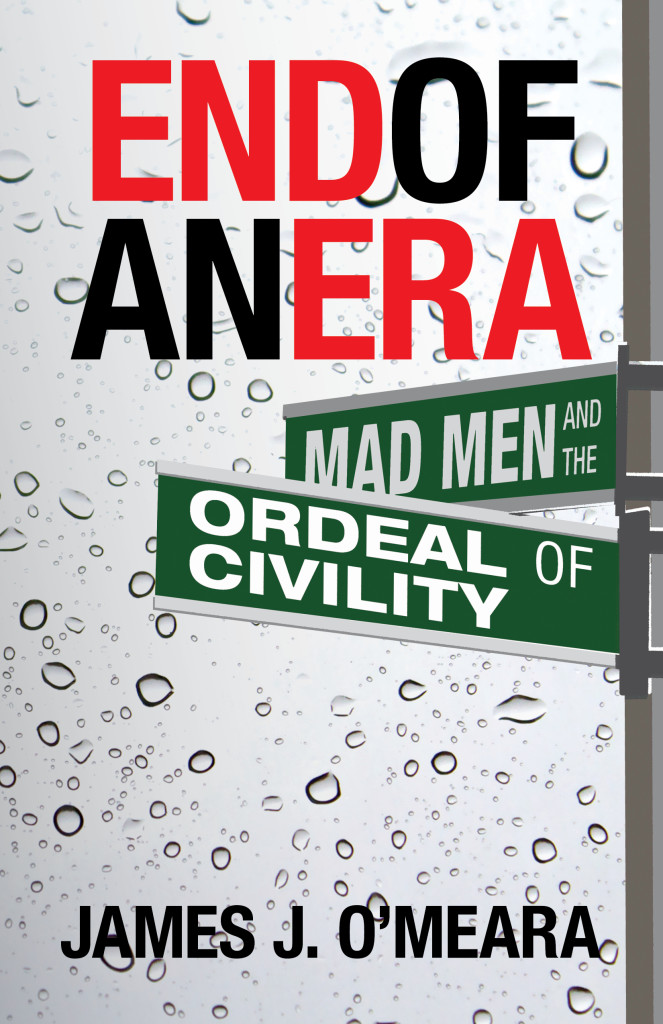 End of an Era: Mad Men & the Ordeal of Civility

About The End of an Era

Already a slew of books have appeared to examine its cultural impact. Now comes The End of an Era: Mad Men and the Ordeal of Civility, bringing to the discussion a unique perspective: race realist and Traditionalist. Drawing in equal measure from Kevin MacDonald and René Guénon, and able to marshal a stunning array of pop culture reference points, James J. O’Meara — himself a child of the ’60s and a product of America’s long-dead industrial heartland — examines the hidden agendas and social implications of the Mad Man phenomenon. At its center is a bravura, two-part essay analyzing the disintegration of the Sterling Cooper Draper Pryce agency as symbolic reenactment of the archetypal struggle of the Aryan and the Judaic for control of Western civilization. From the culture-creating powers of the three-button suit, to the dissolution of the Aryan Ego in the hot tubs of Esalen, The End of An Era delivers one stunning insight after another. You’ll never watch a rerun of Mad Men the same way you did the first time.

“James O’Meara is a cultural alchemist scrying the flickering images of TV series and old films for signs of perennial wisdom lying dormant at the heart of postmodernity. In End of an Era he focuses on the TV show Mad Men and reveals Traditional archetypes at war with Judaic crypsis for the soul of the series.”

“This short collection of essays is an invigorating romp through contemporary American culture, such as it is. James J. O’Meara’s concept of ‘Judaic inversion’ unlocks the mystery of why so much Hollywood and television fare is what it is: the recurring Jewish desire to exact revenge on a WASP society that (allegedly) excluded Jews. John Murray Cuddihy (The Ordeal of Civility) would surely approve of O’Meara’s readings of the hit TV series Mad Men. As O’Meara writes, ‘Don Draper is really Dick Whitman (= white man), guilty of desertion and manslaughter, both capital crimes. After all, we all know every successful WASP is a big old phony, right?’ Understanding this spirited book will help you understand the mentality of the hostile elite that has been corrupting our culture for generations. And understanding is a critical step in trying to take back our own culture.”

“James J. O’Meara brings his ‘paranoiac-critical method’ to bear upon the singular TV drama Mad Men, and the reader emerges with fresh insight on this iconically ironic pop-culture phenomenon.”

“James J. O’Meara’s ingenious and mutually illuminating juxtapositions of popular culture and arcane theory (in this case Mad Men and Traditionalist wisdom) bring to mind a thinker with a very different worldview, namely Slavoj Žižek, author of such books as Enjoy Your Symptom!: Jacques Lacan in Hollywood and Out. James J. O’Meara is the Slavoj Žižek of the Alternative Right.”