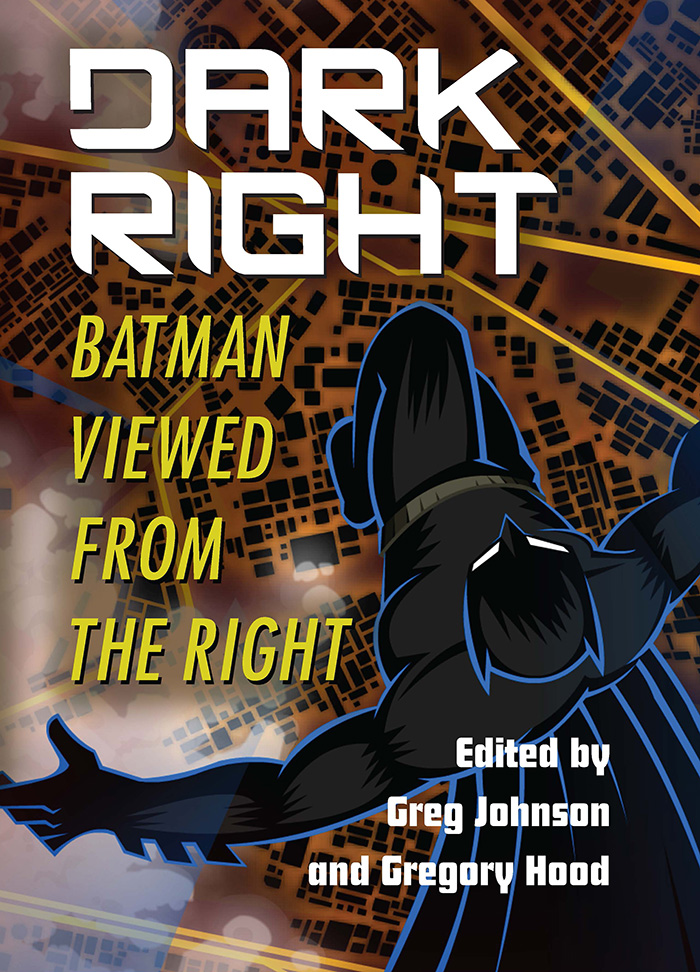 Why is Batman a staple of Right-wing discussions and memes? The entire superhero genre is inherently anti-liberal, for even though superheroes generally fight for liberal humanist values, they do so outside the law. They are vigilantes, and vigilantism only becomes necessary when the liberal system breaks down.

In Praise of Dark Right

“Few on the Right understand the importance of engaging popular culture like Dr. Greg Johnson and Gregory Hood. This collection of essays is not just a reminder of why their work is so vital, but also why they represent two of the most stalwart leaders and thinkers of the Dissident Right.”

“Dark Right is a landmark collection, demonstrating the power of New Right ideas for understanding popular culture—and the power of popular culture for inspiring Right-wing thought and action. Read this book, and I guarantee you will want to join the League of Shadows.”

—Jeff Costello, author of The Importance of James Bond

Andrew Hamilton is the author of many essays and reviews, principally for Counter-Currents/North American New Right.

Gregory Hood is the author of Waking Up from the American Dream (Counter-Currents, 2015) and many essays and reviews. He is a staff writer for American Renaissance (amren.com).

Christopher Pankhurst is the author of Numinous Machines (Counter-Currents, 2017).

David Yorkshire is the editor of Mjolnir Magazine, https://mjolnirmagazine.blogspot.com, and the author of many essays and reviews.