Venus and Her Thugs 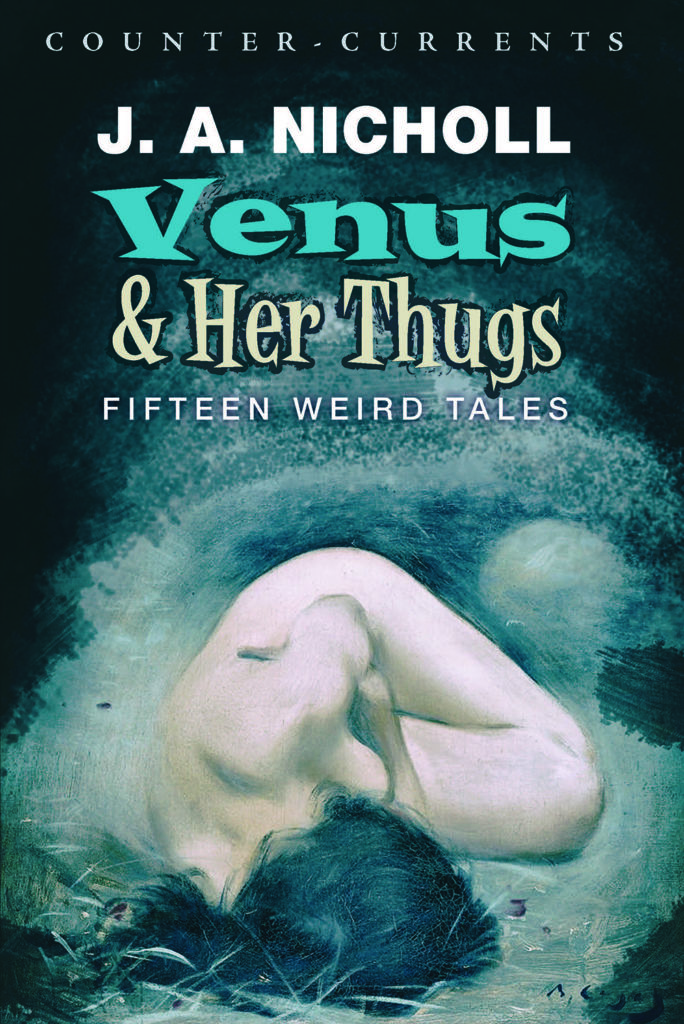 About Venus & Her Thugs

Venus & Her Thugs is a collection of fifteen weird, allegorical, and horrific stories about life in the Current Year. Nubile bodies are worshipped or desecrated by bestial cults; brusque strangers appear, demanding ego and consciousness as the price of bare existence; both old and young rot where they lie while abominations issue forth en masse. What’s not to love?

Praise for Venus & Her Thugs

“Venus & Her Thugs is very strong meat, and it should probably be avoided by the feeble of mind, cancer sufferers, pregnant women, and innocent children. Or perhaps they would be the most willing readers of this strange book, having a primal connection to an awful sense of otherness. I don’t know. But I am in awe of the gravitational pull that these fifteen weird stories exert over me, and I will be returning to them again and again in the years to come, like a dead moon orbiting a cold and lonely planet.”

“Very difficult in these weird times to produce a literature weirder than today’s weird reality.  I can cite just one contemporary author with the skills to accomplish that, which is to say the author in question here, who has somehow managed to go on living in company with an imagination that presumably allows him to sleep at night. Unhappily for me, I haven’t been as lucky as that.”

“H. P. Lovecraft was able to communicate the terror of the cosmic unknown so powerfully because he was a deeply-rooted New England Yankee with a strong distaste for the more mundane aliens and immigrants that were flooding his society. Modern liberal Lovecraftians cluck disapprovingly about HPL’s ‘xenophobia,’ but you really can’t write genuine ‘weird fiction’ if you believe in cosmopolitan liberalism and make a fetish of openness to ‘the other.’ Weird fiction arises from the terrifying encounter between the settled and the unsettling, the familiar and the alien, us and them—the very xenophobia suppressed by political correctness. J. A. Nicholl’s weird fiction is so powerful and authentic because it is so honest. Nicholl draws subtly upon white feelings of alienation and displacement in multicultural society to deliver encounters with genuine horrors trailing clouds of mystery that never dissipate. Venus & Her Thugs is a brilliant first book.”

—Greg Johnson, author of You Asked for It

J. A. Nicholl is an Australian writer of weird fiction. Venus & Her Thugs is his first book.