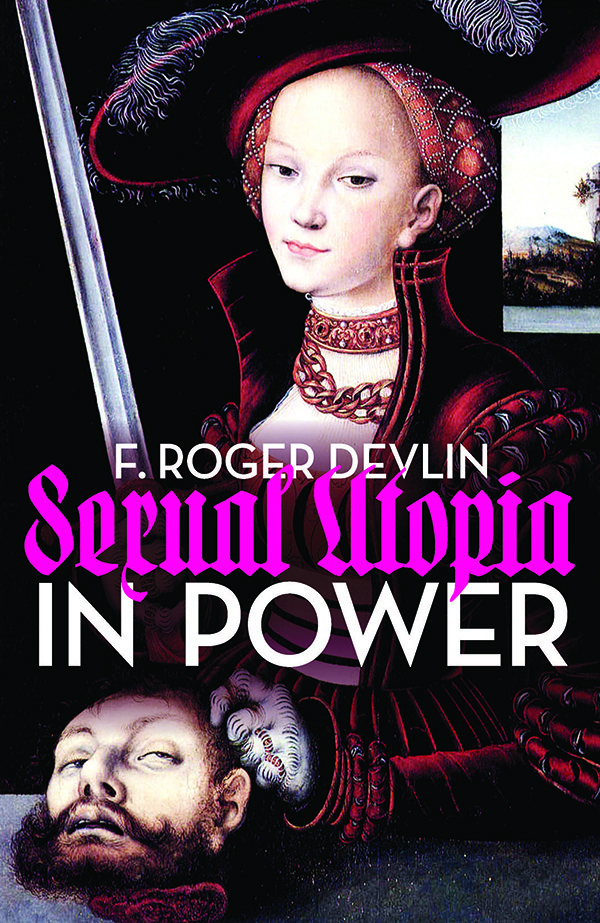 About Sexual Utopia in Power

Like many political revolutions, the sexual revolution of the 1960s began with a euphoric feeling of liberation. But when utopian programs clash with dissenters — and with reality itself — the result is chaos, which revolutionaries seek to quash with repression and terror. In Sexual Utopia in Power, F. Roger Devlin explores today’s sexual dystopia, with its loose morals and confused sexual roles; its soaring rates of divorce, celibacy, and childlessness; and the increasingly arbitrary and punitive attempts to regulate and police it. Devlin shows that the breakdown of monogamy results in promiscuity for the few, loneliness for the majority, and unhappiness for all.

Every revolution gives rise to a reaction. Devlin, however, is very critical of mainstream conservative responses to the sexual revolution, which often eerily echo feminist complaints about innocent women being preyed upon by wicked men who must be scolded and punished. The most controversial aspect of Devlin’s work is his argument that today’s sexual dystopia is rooted just as much in women’s nature as men’s, exploring such taboo topics as female hypergamy (mating up), narcissism, infidelity, deceptiveness, and masochism. By showing their biological basis, F. Roger Devlin offers a non-traditional defense of traditional sexual morals and institutions and shows us the way out of today’s sexual dystopia.

“‘Sexual Utopia in Power,’ Devlin’s infamous essay that launched a thousand blog posts about female hypergamy, is highly quotable and insightful in its analysis of the contemporary struggle between the sexes. Its indictments of feminism and warnings to men have only become more relevant since it was written. ‘Sexual Utopia’ is also an important response to clueless conservatives who rush to blame men for not marrying and starting families with women who are in many (though not all) cases simply unmarriageable.”

—Jack Donovan, author of The Way of Men

“If Roissy has anything resembling a mentor, it is F. Roger Devlin.”

“Love and sex have never been confusing to me. I have Roger Devlin to thank for that.”

—Chloë Thurlow, best-selling author of The Secret Life of Girls

“Dr. Devlin is perhaps the best role model there is for independent scholars on the right. His writings can be found on nearly every website the mainstream fears.”

“In a decent world, Devlin would be an instantly-recognizable name and a literary giant.”

“I have admired F. Roger Devlin’s path-breaking writings in The Occidental Quarterly since I became aware of them, and I’ve emphatically recommended them to everyone within reach. Dr. Devlin is a writer — percipient, witty, and courageous — who simply must be read.”

“I believe the author is evil.”

Introduction: The Facts of Life

1. Sexual Utopia in Power
2. Rotating Polyandry — & its Enforcers
3. The Female Sexual Counter-Revolution and its Limitations
4. Home Economics
5. The Family Way
6. Back to Africa: Sexual Atavism in the Modern West
7. The Question of Female Masochism

F. Roger Devlin, Ph.D. is an independent scholar. He is the author of Alexandre Kojève and the Outcome of Modern Thought (Lanham, Maryland: University Press of America, 2004) and many essays and reviews in such publications as The Occidental Quarterly, American Renaissance, Counter-Currents/North American New Right, VDare, Modern Age, The Social Contract, Alternative Right, and The Last Ditch. A bibliography of his work is available online here.