Be the first to review “Reactionary Modernism” Cancel reply 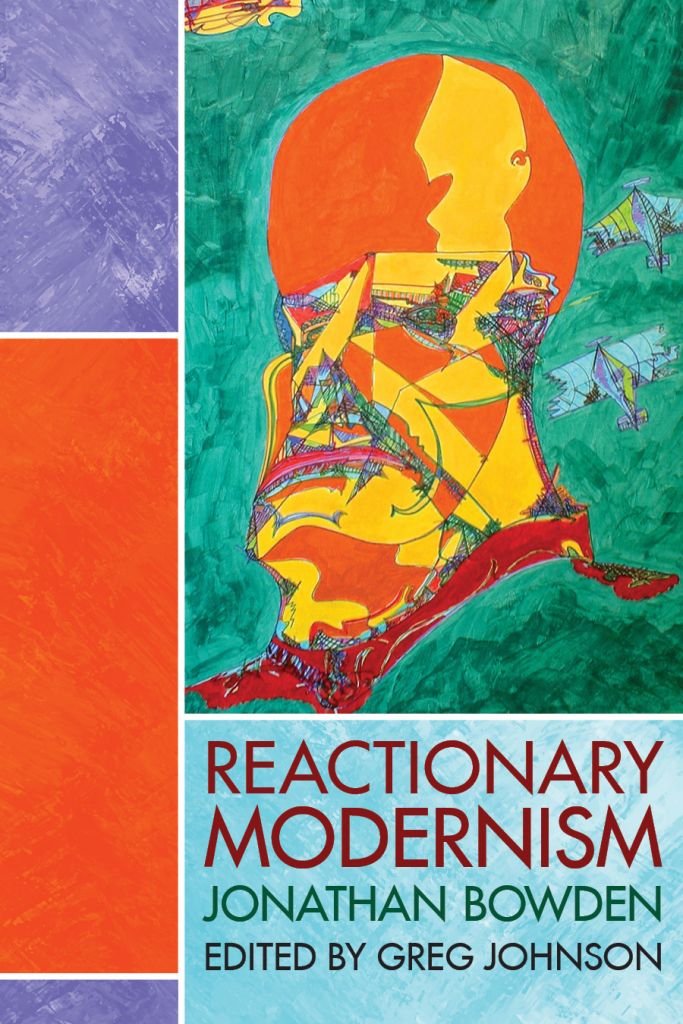 “In Reactionary Modernism the incomparable Jonathan Bowden shows that Modernism and the Right are not mutually exclusive. But die-hard Traditionalists need not be angry or anxious, for Bowden opens the way for a Rightist Modernism that is nonetheless predicated on Tradition and the race-soul, promoting the continuing development of culture-forms that reject both conservative stagnation and revolutionary deconstruction.”

“Reactionary modernism is the aristocratic answer to the mass age, a refusal to comply with the need to appeal to a broad audience. . . . The political Left, those great levelers and, paradoxically, great elitists would love nothing better than to sweep modernism’s reactionary origins under the rug of history, relegate the truth about modernism as an art form to footnotes about Lewis’ and Pound’s “fascist sympathies,” promulgating instead the notion that modernism is a Leftist phenomenon. The bourgeois, liberal Right, those Leftists of yesteryear, would love it if the Left succeeded in claiming modernism for itself. Reactionary modernism’s pesky dynamism and energetic rancor upsets the tender sensibilities of the liberal Right, which does not like to make waves and would prefer civility in discourse. In the way of these two ignoble hosts stands Jonathan Bowden’s spirit: chest puffed out, guns akimbo, and behind him is the vast treasure trove of the Right’s modernist heritage. He shall not let them pass and despoil that which is rightfully ours. With the publication of Reactionary Modernism, at last our patrimony is secure.”