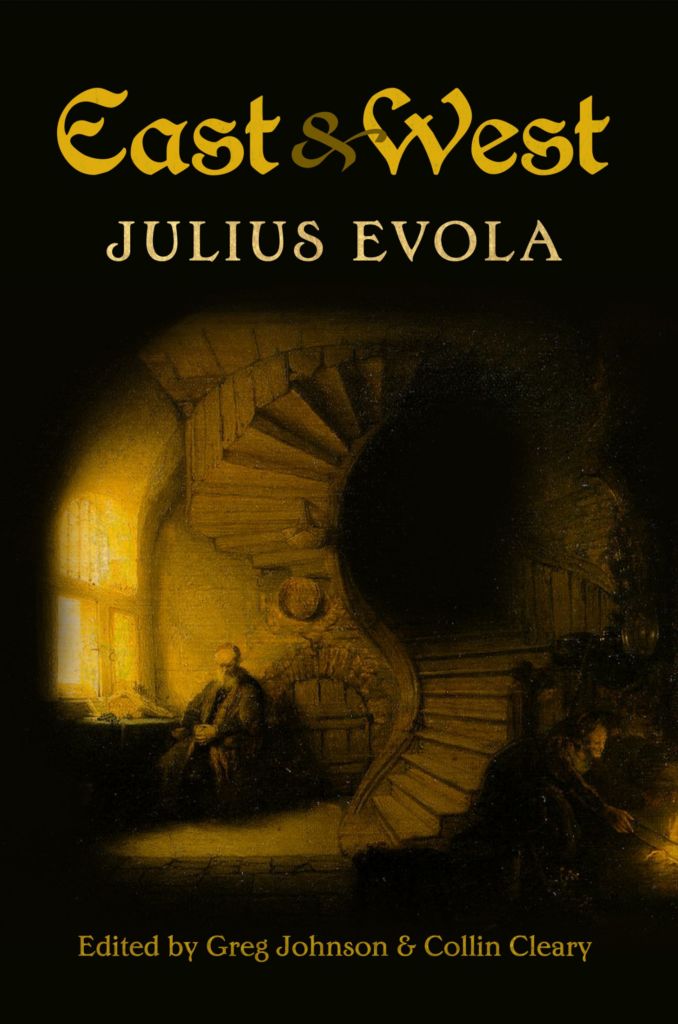 About East and West

East & West collects eighteen essays and reviews in East-West comparative philosophy and religion written by Julius Evola for the journal East & West. Evola covers an astonishing array of traditions, including Hinduism, Buddhism, Zen, Tantrism, Yoga, Vedanta, Taoism, Stoicism, and Existentialism; such thinkers as René Guénon, Ernst Jünger, Mircea Eliade, Sri Aurobindo, Meister Eckhart, F. W. J. Schelling, Martin Heidegger, Carl Jaspers, and C. G. Jung; and such topics as suicide, psychology, sexual magic, and the Egyptian and Tibetan Books of the Dead. Evola’s goal is not simply to identify superficial doctrinal parallels between Eastern and Western traditions, but to use these comparisons to uncover their common root, the one Tradition that underlies the many traditions, which is the central focus of his work.

Julius Evola, 1898–1974, was an Italian philosopher and esotericist who became one of the major exponents of the Traditionalist school of René Guénon and an enduring influence on the New Right. His books include Revolt Against the Modern World (1934), Heathen Imperialism (1928), The Hermetic Tradition (1931), The Mystery of the Grail (1937), The Doctrine of Awakening (1943), The Yoga of Power (1949), Men Among the Ruins: Post-War Reflections of a Radical Traditionalist (1953), The Metaphysics of Sex (1958), and Ride the Tiger (1961).