The Homo & the Negro 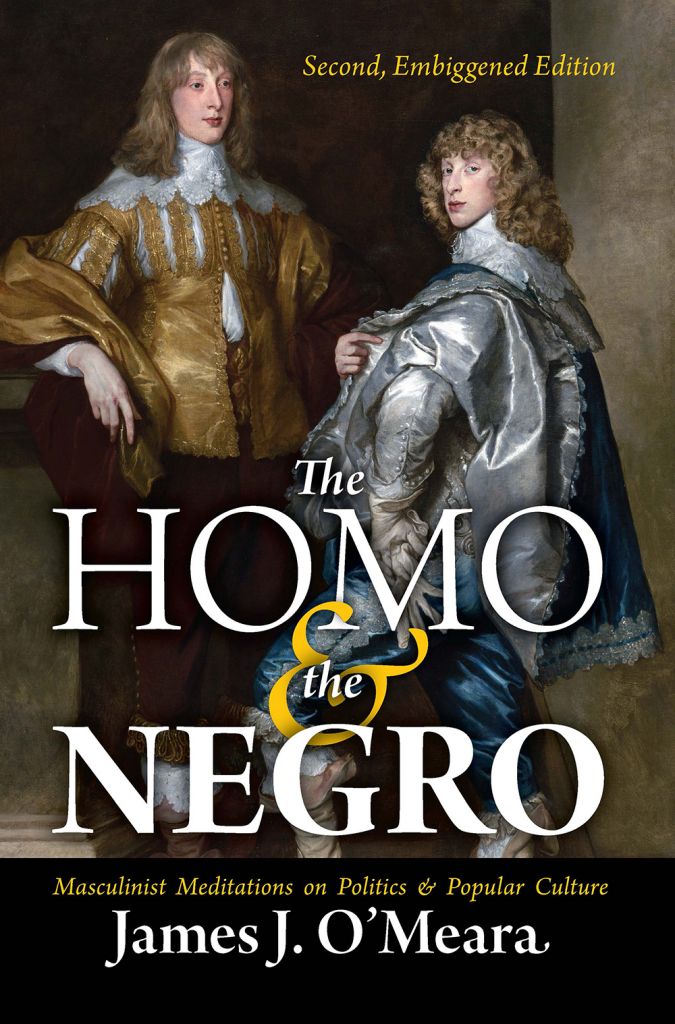 The Homo & The Negro

About The Homo & the Negro:

James O’Meara’s The Homo and the Negro brings a “queer eye” to the overwhelmingly “homophobic” Far Right. In his title essay, O’Meara argues that the Far Right cannot effectively defend Western civilization unless it checks its premises about homosexuality and non-sexual forms of male bonding, which are undermined not just by liberals and feminists, but also by Judeo-Christian “family values” advocates. O’Meara also uses his theory to explain the stigmatization of Western high culture as “gay” and the worship of uncultured oafs as masculine ideals.

Although O’Meara grants that the “gay rights” movement is largely subversive, he argues that homosexuals have traditionally played prominent roles in creating and conserving Western civilization.

The volume has also been reset for greater readability and includes a detailed index.

A work of broad learning, deep insight, and stunning originality, The Homo and the Negro establishes James O’Meara as one of the most iconoclastic and courageous voices on the New Right.

“James O’Meara is the Camille Paglia of the New Right.”—Andy Nowicki, author of Lost Violent Souls

“Reading James O’Meara is a psychedelic experience.”—Jack Donovan, author of Becoming a Barbarian

“James O’Meara is my favorite literary and cultural critic.”—Greg Johnson, author of You Asked for It

1. Five Years On: Preface to the Embiggened Edition
2. The Homo & the Negro: A Masculinist View of the Futility of the “Right”
3. Homosexuality, “Traditionalism,” & Really-Existing Tradition
4. A Band Apart: Wulf Grimsson’s Loki’s Way
5. Sir Noël Coward, 1899–1973
6. Accommodate This! Bruce Jenner & the Hermetic Rebis
7. Milo & the Miles
8. Wild Boys vs. “Hard Men”
9. Fashion Tips for the Far-from-Fabulous Right
10. This Old Gay House
11. The Gilmore Girls Occupy Wall Street
12. “God, I’m with a heathen”: The Rebirth of the Männerbund in Brian De Palma’s The Untouchables
13. Of Costner, Corpses, & Conception: Mother’s Day Meditations on The Untouchables & The Big Chill
14. The Baker Street Männerbund: Some Thoughts on Holmes, Watson, Bond, & Bonding
15. Humphrey Bogart: Man Among the Cockroaches
16. He Writes! You Read! They Live
17. I’ll Have a White Rock, Please: Implicit Whiteness, Aryan Futurism, & the Godlike Genius of Scott Walker
18. The Counter-Currents Interview