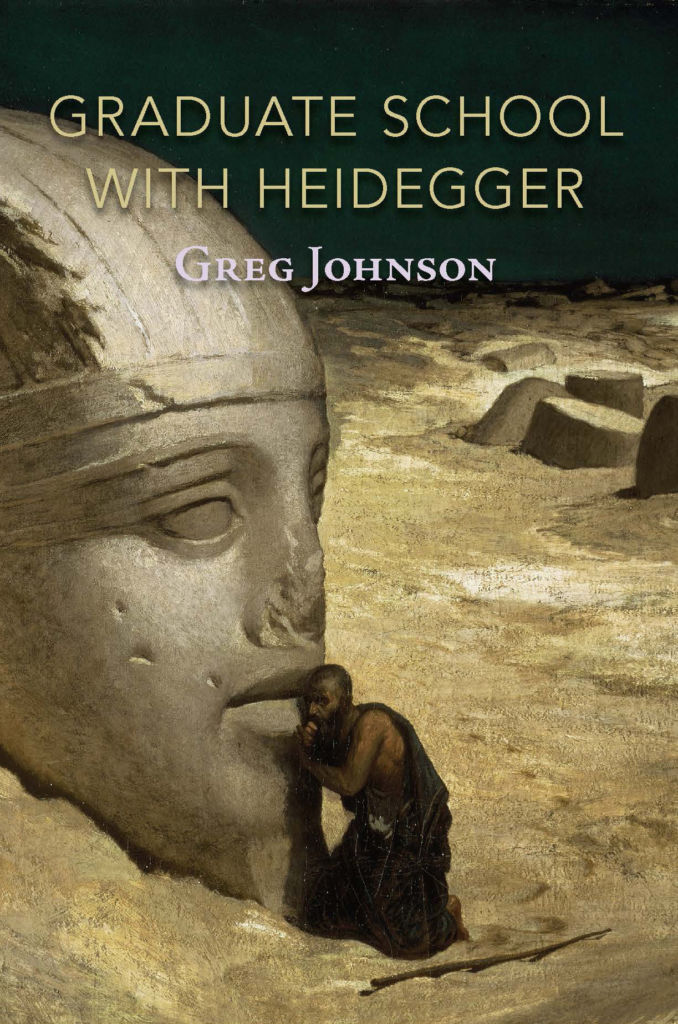 About Graduate School with Heidegger

Greg Johnson’s Graduate School with Heidegger is unique in the vast literature on Heidegger. Written by a self-proclaimed “failed academic” for intelligent laymen, these essays and lectures serve as a non-systematic, non-technical introduction to the twentieth century’s most influential and difficult philosopher.

Johnson explains essential concepts like phenomenology, metaphysics, and nihilism. He defines technical terms like Being, the clearing, and the event. He discusses Heidegger’s relationships to Nietzsche, Husserl, and Evola. He explores the roots of Heidegger’s nationalist and ecological politics. He responds to the Heidegger interpretations of Thomas Sheehan, Richard Polt, Ronald Beiner, Alexander Dugin, John Caputo, and Richard Rorty. Finally, he recommends Heidegger’s many lecture courses as a graduate-level education in philosophy, free of the staggering cost and stifling conformity of contemporary academia.

“All sorts of readers will appreciate Greg Johnson’s lively, unpretentious, and accessible presentations of Heidegger’s thought. Johnson gives due credit to the best academic commentators on Heidegger. But there is one decisive respect in which Johnson departs from mainstream scholars and proves to be a far superior guide to Heidegger’s thought: his bold, open-minded, and honest treatment of all matters related to Heidegger’s politics.”—Anonymous Heidegger Scholar, from the Foreword

“A dangerous mind”—Ronald Beiner, author of Dangerous Minds: Nietzsche, Heidegger, & the Return of the Far Right

Greg Johnson, Ph.D., is the author of thirteen books, including Confessions of a Reluctant Hater; New Right vs. Old Right; Truth, Justice, & a Nice White Country; In Defense of Prejudice; The White Nationalist Manifesto; Toward a New Nationalism; From Plato to Postmodernism; and It’s Okay to Be White.