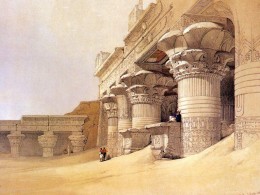 The North American New Right adopts three basic principles of occult warfare. First, we lay our foundations in the eternal, because only such foundations can evoke the highest impersonal idealism and the utmost seriousness, and maintain them over generations of struggle. Second, our foundations and aims—a White Republic or Republics in North America—are fixed and non-negotiable, in order to provide a firm place for us to stand while we rearrange the rest of the world to suit us. Third,  the lever by which we will move the world is the pursuit of intellectual and cultural hegemony [5].

Whites desperately need to recapture our sense of an exalted, cosmic destiny [6]. We are the people who care for the welfare of the world, for the preservation of what is true, beautiful, and good. We must secure biological and cultural diversity. We must lay the foundations for the outward, cosmic expansion and upward evolution of our race. And, since as far as we know, mankind is the only intelligent race in the universe, our evolution can be viewed as the evolution of the cosmos [7] as a whole.[2]