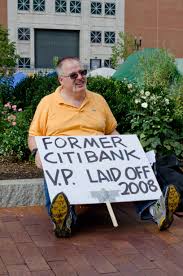 There is no blow quite like getting laid off. One day you’re at work and you feel important; the next day you suffer the indignity of walking out of the building with your stuff in a box.

Losing a job is enough to make a grown man cry. It is not entirely unknown for recently-unemployed people to die by suicide. Many jobless people become depressed, and may turn to alcohol and drugs to get by. Joblessness also puts a strain on relationships, and naturally it doesn’t help one’s finances.

Unfortunately, layoffs are a fact of life. Companies lay employees off all the time. Unless one is in the fortunate position of occupying an irreplaceable position, such as being a doctor, some period of unemployment is only a matter of time — but this occurrence should be rare. If one is getting fired or laid off often, one needs to re-evaluate what one is doing and make a change.

Signs of a Pending Layoff/Firing

If your company is working on an item with a specific deliverable, when it gets close to delivering, workers will get cut. The first to go in this case are usually the technical specialists in some sort of niche role.

Another is when mid-level managers take an enormous interest in the accounting department. Layoffs are a matter of money, and when it runs out, someone is going out the door.

Usually, one round of layoffs is followed by another. Other clues include eliminating perks, a tightening of the travel budget, and senior managers leaving.

Layoffs are also an opportunity for unloading “problem employees” and settling scores. Office politics can be fierce. What I’ve noticed is that the men who have a run-in with a female manager in some way will eventually get axed. I don’t know why this is the case, but it is a fact of the job environment. I’ve seen this several times in several ways. Office rows between men don’t usually lead to a firing.

A way to defend oneself from a layoff as a result of office politics is to always be your best professional self at all times. Beware of office romances, and keep a tight hold on your temper. You should also never say anything bad about anybody.

When an office drama does occur that could get out of hand, you need to defend yourself by getting your side of the story to management. Furthermore, if you know that a colleague is dishonest or troublesome, make sure you have a quiet talk with management before he or she can do anything damaging to you. When you have such a talk, make sure you are correct about your claims before saying anything.

Be conscious of the way you dress. If you are a man in an office setting, especially on the East Coast, it’s best to wear a coat and tie to work. Dressing well always gives a person credibility. People will treat you better.

I’d also be wary of how you participates in the “mandatory fun” events in your company. Don’t be the guy at the bar getting loud and tipsy at the company party. And don’t go to a function if your work for the day is not finished. I know someone who was fired in part because he showed up for every “fun” event, but never got work done. I’d even be wary of participating in something like “Hawaiian Shirt Fridays.”

If you start to see any of these warning signs, start considering changing jobs. However, if you do change jobs, you need to be aware that it might not work out, either. It’s best to not be so offensive on the way out that nobody will want you back.

I’ve only been laid off once. The company I worked for was doing well, but on one Friday, we had a celebratory lunch in anticipation of a new opportunity, and then by Saturday morning, the long-standing cracks in the company’s foundation led to a collapse.

Fortunately, I had many professional connections and was not unemployed for long, but I still had to scramble. I immediately cashed in all of my accumulated vacation pay the day of the layoff. Had I waited, that vacation pay would have vanished along with the company. This provided me with around a month’s salary. I also figured out how to keep my health insurance. I was able to stay on my old company’s policy, but I had to pay for it out-of-pocket.

Once I was able to close out with the old company and get my insurance sorted, I filed for unemployment benefits. One should always file for unemployment on the day of the layoff. There is no reason to wait. But the way one files for unemployment varies from state to state. Figure out how to file and follow the rules. Usually, unemployment is paid once a week on a particular day. That money will be enough to cover groceries and gas for the week, although one will need to show that one is actively seeking work in some way during this time. Depending on the state, this will probably consist of showing some number of attempts to find a new employer. Ensure you save the name and number of anyone you talk to over the course of the week and anywhere that you send your resume.

Don’t do anything tricky. You can probably work an odd job if paid in cash while on unemployment, but beware of crossing the line into unemployment fraud. Don’t cross that line!

As soon as you start working in a new job, you’ll of course get off unemployment. However, there will be a financial pinch at this time as there will be lag until you start receiving your paycheck for the new job.

Lastly, if your previous company’s accounting department contacts you to ask for your timecard after you get cut, tell them immediately that you’re laid off. Don’t try and “stick it” to your company. This is illegal and can get you in hot water.

Unemployed and On the Couch

Being unemployed will be a tremendous psychological strain. There is no way to avoid this. What all career coaches say is that you need to recognize that YOU ARE NOT YOUR JOB.

Your employment is only a marginal part of your identity. There is much, much more to life than what you do at work. When you get laid off, give yourself a day to grieve over it. It’s okay to think things over, feel frustrated by how you were treated, and to be angry about the situation.

Career counselors also suggest using your newfound free time to think about your situation. You will see things from a new perspective. When I was unemployed, I decided to make one professional change that I didn’t realize I needed until I wasn’t working. That change worked well for me.

They also encourage one to meditate, go to church, or reflect upon spiritual matters. Other advice involves exercising, as well as continuing to rise early in the morning. Don’t stop shaving or wearing nice clothes, and so on. Unemployed people tend to gain weight, so avoid that pitfall.

When you are working, it’s a good idea to prepare for a layoff no matter what the situation is. Gain as many skills and certifications as you can, especially if those courses are paid for by your employer. These certifications will help you to land a new job should you get fired.

Then, if you can, figure out how to diversify your sources of income so that you won’t be left high and dry if a layoff happens. Owning a rental property [2] can help, but renting property carries considerable risks and issues. Having a good credit rating and unused lines of credit can help in a pinch, but you’ll need to pay that money back.

Some people who I know always have their resume up-to-date and listed on job-finding websites. One man that I professionally admire remained employed, but then developed a side-career selling insurance and other financial products.

It would be wonderful if your career would be a never-ending series of successes and pay raises, but this isn’t always going to be the case. There are plenty of false starts, setbacks, and problems that will arise. Being laid off or fired is one of them. However, many people have found that being unemployed opened up opportunities that they wouldn’t have had if they had stayed with the same job.

Just remember, you are not your job. Don’t give up.