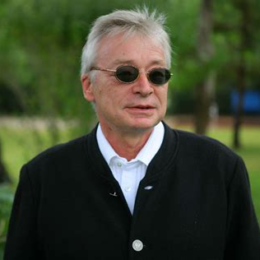 Give me racist liberalism, or give me death!

To be in the Dissident Right is to be part of an informal initiatic society. There are various levels of being with it — there’s always another redpill to take. Kids on the internet keep talking about the “ultimate redpill.” I won’t pretend that I know what the ultimate redpill is, but one of the bigger rites of passage is the understanding that the principal enemy, the central organizing principle and state religion of the current Western elite, is liberalism.

There is a delicious irony of a movement consisting of former liberals (libertarians) finding themselves suddenly opposing liberalism. Naturally, they cast their eyes around for illiberal ideologies to serve as their central organizational principles. Some attempt to revive traditional religion and capital T Tradition. Some gravitate towards fascism and try to rehabilitate it. Others appreciate the value of fascist ideas, but understand that it was a product of its time and try to develop a more modern, illiberal Rightist ideology. Others still will gravitate towards Marxism, or at least shed their former allergy to the stuff. These are all valid ways of looking for a possible answer.

There is a group, however, which has taken to insulting those who’ve yet to take the illiberal pill as “racist liberals,” as well as those who are perceived to be insufficiently vigorous in fighting liberalism. Through a series of sophistic epicycles, the label of “racist liberal” is also applied to nationalists, because nationalism is a tool of globalism in Dickie Spencerland.

Now, far be it from me to defend any form of liberalism, but one must concede that the idea of racist liberalism could be quite appealing to a non-insignificant section of not only the Dissident Right, but also the broader Right-wing which is yet to articulate its unease with the current order. Whether we like it or not, many people came into this thing through libertarianism, and were conceptualized as “libertarians mugged by reality,” who understood that their preferred society of secure property rights and freedom from government interference would be best achieved in a homogenous white society under some form of authoritarian government. I vividly remember reading Hans-Hermann Hoppe’s Democracy: The God That Failed, and a certain something clicking in me, a certain something that’d transform into full-blown illiberalism, authoritarianism, and racialism some years down the line.

If there’s something that corresponds to racist liberalism, it is that stretch of the political spectrum that encompasses the paleocons, paleolibertarians, and American nationalists; basically a triangle with Pat Buchanan, Paul Gottfried, and Jared Taylor as corners. But before we proceed, we must first understand where liberalism came from.

I’ve written at length as to why societies are not cars [1] in the past. They do not break down like cars do, nor are they fixable with the same general method. When we criticize liberalism, we must understand that it wasn’t smuggled into our civilization by evil men, nor were the elite suddenly seized by madness and implemented this wrongheaded ideology. Rather, liberalism was the logical thing to do back then; for Europeans, at least. “All men are created equal” sounds far more real when we’re talking about whites. And lest we forget, we know from the work of Ricardo Duchesne that we Europeans are descended from warrior-aristocrats who did battle on the Pontic-Caspian steppe for pure prestige. We are creatures of honor; in each European, there’s a king waiting to rise.

The problem of each European being a king, or at least a king-in-waiting, is that you can’t well, rule Europeans in an Asiatic manner. Much of modern China is made possible because the normal, everyday Chinese have no sense of honor, merely “face,” which has been presented as the Chinese version of honor, but is more governed by society’s perception of one’s family than by notions of man’s place in the world.

Liberalism arose because it was a good political formula for governing white people, who are characteristically high in thumos and have a warrior spirit. It solved, at least for a while, one of the core problems of human status hierarchies — that while the difference between number one and number 100 is usually due to superior merit on the part of number one, the difference between number one and number two is usually attributable mostly to luck — randomness. This is especially salient when the status dividend differential is enormous, as in the difference between the king and his most powerful duke, or worse, the king and his kid brother. On top of everything, if number two has reason to believe that he could and should be number one, he usually has the power to press that claim.

One way to throw water on this powder keg is to have everyone share a religion and then chalk up luck and randomness to God’s will, explaining that luck is a function of God’s favor. The problem with this is twofold. First, there are only so many unanswered prayers a man can make before he starts wondering about God. Second, there are only so many lucky breaks that a wicked man can catch before the righteous start wondering about God. Most religions also have a prescriptive behavioral element, makes it tough to justify that someone who violates these prescriptions could have God’s favor. The Traditionalist is quick to condemn atheism and Gnosticism, but it is a fact of life that bad things happen to good people, good things happen to bad people, and that a bad-faith actor can win most games by defecting when the other guy cooperates. Atheism (there is no God) and Gnosticism (God is evil) keep cropping up because there are valid reasons for them to do so. Liberalism is a little bit of both, and also an attempt to mollify number two (here standing for the elite class not directly in power) and stop them from starting civilization-ending conflicts by leveling the playing field somewhat, taking into account (implicitly) that the reward in the next world might not be all it’s cracked up to be. It was a good enough solution for 2-300 years. It was the central organizing principle of Western civilization, and then it degenerated into the present horrorshow.

“But that isn’t real liberalism!” cry the classical liberals, aka libertarians, when I point out the errors of modern (and post-modern) liberalism. Indeed, they are right insofar as you define “real” as the ideology of white people back in the day, but it rings as hollow as the Trad Cath decrying what American protestants and Pope Francis are doing as “not real Christianity.” It may indeed be so; who knows? It depends on what you mean by “real.” I, for one, am of the opinion that you’re the same person in both May and December, no matter how much one protests that one “was quite a looker.”

The original sin of liberalism is the notion that all men are created equal. To put it bluntly, this meant in the end that the Jews, blacks, and Asiatics are equal to the white man. Now, this is a far taller order than all white men are created equal (which isn’t exactly true, but close enough to reality to make it work, at least for a time). Add to that the rather insipid notion that women are equal to men, and you’ve a cocktail for multiculturalism and feminism, ending in the Negrolatry and queef-sniffing characteristics of 2020. All the while, the elite which liberalism was meant to keep in check uses ethnic minorities and women as cudgels against the white middle and working class, who were promised at least nominal equality (or something resembling it).

Here’s a radical idea. How about we kept liberalism, but excised the egalitarianism? Literally, build a system of racist (and sexist) liberalism? Y’know, Hans-Herman Hoppe’s covenant community.

Too extreme? How’s about we take up uncle Jared Taylor’s offer of reinstating that eminently liberal value of free association and dissociation (which would inevitably lead to Hoppean covenant communities as described earlier, but don’t tell the normies that)? How’s about this: Liberalism, but for whites, who are enshrined as metaphysically better and therefore worthy of the liberal society — something which is refreshingly well-grounded in the latest findings of neuroscience that whites, and in particular white men, have a certain je ne sais quoi that makes us more than just men, somehow closer to God than other races. The notion of our high cognitive fluidity [2] seems to corroborate that. Our not-quite-yet understood link to the numinous, probably related to our ability to process alcohol, and a litany of other ideas which have arisen as the result of research and thought by Dr. Ricardo Duchesne, Dr. Kevin MacDonald, and others show that there is a qualitative difference between Europeans and others, and it would serve us well to recognize this in constructing such an ideology. We dodge the problem of despotism by proclaiming that all white men are theoretically created equal, and with a rudimentary redistributive scheme — perhaps not even governmental, just strong social incentives for the rich to share their wealth — we have a society that most, if not all, white men would be perfectly happy to inhabit.

Racist liberalism, the idea that all white men are free and equal (but others aren’t) can strongly appeal to both the normie and the Dissident Rightist. In fact, if there is a Caesarian restoration of Western civilization, it will probably take as its ideology something very much like racist liberalism. Naturally, we’re not gonna call it racist liberalism, but that’s a job for the PR department.

Now, I’m not a racist liberal, or indeed any kind of liberal. As for Caesarism, it is my belief that the West no longer has the biological preconditions necessary for a Caesarian restoration. I believe the will is lacking and that the last chance for restoration died with Huey P. Long. I further believe that even if such a restoration were possible, it would be a bad idea to do it under the auspices of racist liberalism, given that it has contradictions baked into it which would eventually lead to the unraveling of society in shorter order than normally.

All I can see is that “racist liberal” isn’t that effective even as a rhetorical trick. It doesn’t describe a particularly egregiously wrong position — in fact, it is a position that would gather at least a plurality of support by whites in the West if it were purged of loaded terms. Indeed, we see low-key racist liberals popping up here and there and having moderate political success. And it doesn’t sound all that bad, if I’m being honest. It’s not a hill I’m willing to die on, but it certainly isn’t a hill I would mind living on.