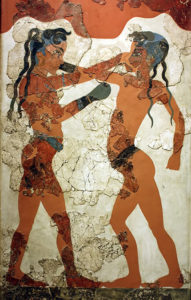 The goal of White Nationalism is to create sovereign homelands for all white nations that aspire to self-determination. Which means nothing less than halting and reversing the globalizing and homogenizing trends that are enthralling the whole planet and dragging it toward its doom. We are trying to turn the world around, to move the whole cultural and political spectrum in our direction.

Archimedes claimed that he could move the world if given a lever and a place to stand. Where we stand is our basic goal: white survival and flourishing. On this there can be no compromise. Our lever is the movement itself. Although our ultimate end is absolute and unchanging, our means have to be maximally supple and pragmatic. Basically: by whatever means necessary.

We live in a pluralistic and democratic society, in which there are many different groups and shades of opinion, all of which matter to some extent (although some obviously matter more than others). Thus, to shift the whole white world in our direction, we need to establish lines of influence to every white constituency and shade of opinion. We need to colonize every niche in the cultural and political ecosystem with pro-white alternatives. Then we need to reel them in.

Once we establish the hegemony of pro-white ideas throughout the culture, the political system will naturally fall in line. We will have the usual range of parties and the usual political debates. But it won’t really matter which party gets into office, because pro-white values will be sacrosanct. Policies promoting the degradation and destruction of our race will simply no longer be options.

This means that the pro-white movement should be as pluralistic as the society we are trying to change. We will be united by our common goal of racial salvation. But we will have all sorts of differences on less essential issues, like style and tactics, as well as the inevitable personality clashes.

So how do we handle these disagreements?

One suggestion in our circles is that we should never fight among ourselves. We should never “punch right” or disavow one another but instead present a united front to the world. This seems reasonable. When you are under attack, you should strive to unify your camp and sow discord among your enemies.

But there are important caveats.

First, there is a difference between physical fighting and the battle of ideas. If our people are being assaulted, doxed, or persecuted by the state, we should always rally to their aid, regardless of differences of personality or principle.

But there is a caveat here too: our resources are limited and our cause serious. We cannot, therefore, be held hostage to the most reckless and selfish among us, people who commit crimes or flout basic principles of operational security. Showing solidarity to such people rewards vice and penalizes virtue. Intelligence agencies regularly disavow spies who go rogue or allow themselves to be captured. We should take ourselves just as seriously and be equally ruthless with failure.

Second, in the battle of ideas, there is no sense in demanding that we present a united front, particularly on issues where there are real disagreements of principle. Again, our aim is the hegemony of pro-white ideas. We wish to change the whole cultural and political spectrum. Which requires that we engage the whole cultural and political spectrum. Which means that we cannot agree with each other on every issue, nor can we hide our disagreements. Indeed, declaring our disagreements is how we differentiate our approaches before the public.

Furthermore, as both Ramzpaul [3] and Andy Nowicki [4] have argued, presenting a united front allows the movement to be hijacked by the most reckless elements. If someone declares that White Nationalists are all Satanists or Nazis, then if you disagree, it would be stupid to remain silent on the principle of not “punching right,” because everyone would assume that your silence means agreement.

But there are good and bad ways of stating disagreements. The good way is to adopt a civil and charitable tone, to give the most generous possible reading of an opposed position, and then offer sound reasons (facts and valid arguments) for the superiority of one’s own view. The bad way is to adopt a paranoid and aggressive tone, to give jaundiced readings of opposed positions, and to play fast and loose with facts and logic.

Perhaps worst vice in our circles is accusing one’s opponents of being “controlled opposition” or enemy agents without adequate evidence. Mike Cernovich has said it about Richard Spencer. Ramzpaul and Colin Liddell have said it about Andrew Anglin. Weev has said it about Nathan Damigo. Gavin McInnes tosses the accusation around as well.

Usually, the argument runs like this. X is a known enemy agent, and Y behaves just like X. Therefore, Y is an enemy agent. But this does not follow. Enemy agents say stupid things, commit crimes, start rumors, and sabotage organizations. But, unfortunately, so do a lot of sincere people. The fact that some people are indisputably controlled opposition is not evidence that any given person is controlled opposition just because you don’t like the cut of his jib. Thus one needs more evidence than just suspicions and analogies to responsibly declare someone to be working for the enemy.

“Not punching right” is an absurd principle, but calling people informants without evidence should be an absolute taboo — right up there with doxing our own people to settle petty scores — as it undermines the trust that is the foundation of every functional movement. The enemy spends a great deal of time sowing distrust in our ranks. So the suspicion of being an enemy agent should fall back on anyone who throws around that charge without evidence. They stand convicted by their own flimsy standards of evidence. And if we point this out long enough, we might just extinguish the behavior altogether.

I am on record agreeing with the substance of Liddell’s and Ramzpaul’s criticisms of Anglin’s approach to White Nationalism (here [5], here [6], and here [7]). But I have no reason to believe that Anglin is insincere. And there’s nothing Liddell or Ramzpaul can say to make him go away. So we might as well find a way to coexist and actually benefit from one another. Let’s state our disagreements like civilized men, so Anglin can make me look more moderate and reasonable, and I can make him look edgier and more radical. As long as we bring our respective audiences closer to white survival, then in terms of strategies and style, diversity is actually a strength.