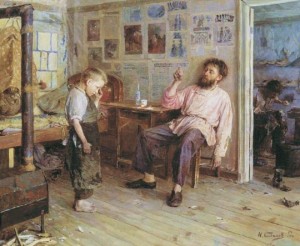 Mei Xiang’s week-old Giant Panda cub died earlier this week [2], delivering another disappointing setback to our attempts to breed these endangered creatures in captivity. We can’t seem to compel pandas to consistently reproduce, despite applying some of our finest minds with veritable blank checks to the project.

More pointedly, we can’t seem to find a policy solution to humanity’s declining birth rate. The natalist campaigns in many European countries [3] have not been successful enough, and even Stoddard’s “rising tide of color” appears to be ebbing.

Many of the familiar canards about human population growth aren’t supported by the data. Race is apparently a secondary factor at best. For example, Black American birth rates have leveled off [4]. While the incoming Hispanics have a high birth rate, that birth rate plummets after the first generation. As Hans Rosling’s popular TED talk demonstrates, even religious confession has apparently very little to do with birth rates. The only strong correlations Rosling can find with lowering birth rates are lowering mortality rates and increasing income levels.

Had Rosling taken a more granular look at the data, he would have identified smaller trends which suggest that income and mortality are themselves secondary. An excellent must-read article in Foreign Policy, “The Return of the Patriarchy [5],” suggests what I believe to be the cardinal consideration: the iron necessity of male social dominance. Regardless of race, IQ, or religious affiliation, a socio-economic paradigm in which females no longer depend on males for defense and support is one in which women . . . like sullen pandas, simply lose interest in mating . . . or at least in the useful reproductive sort of mating.

Contrary to what Rosling infers from his bird’s eye comparison of “Christianity” and “Islam,” religion can be a decisive a factor. Fundamentalist Mormon, Amish, and Orthodox Jewish communities are all three from advanced races. All three communities have IQs which are well above the global average. All three are relatively wealthy, as well. While all three belong to one or the other Abrahamic tradition in some way, they’re about as theologically distinct from one another as possible. And yet, what they all have in common is patriarchy. What they all have in common is acute male social dominance, with exclusively male fraternal hierarchies. The paradox at the heart of the breakdown of sustainable gender relations in industrialized nations is that women strive for as much success as possible while also having a very strong visceral desire for a male partner who’s socially superior to herself. As industrialization and social welfare initiatives have brought women as a group up to parity (and in some senses beyond parity [7]) with males, the individual females are less and less capable of finding individual males who are socially dominant to themselves. Their innate appetites for wealth and power are now in conflict with their innate appetites for mates whose wealth and power exceeds their own, leaving them to thumb longingly through Fifty Shades of Grey on their lunch breaks from their comfortable salaried careers.

In an attempt to thwart this death spiral, Iran shocked the global community this month by imposing widespread bans on women [8] in a variety of degree programs in many of its largest Universities. This is an inconceivable reversal of “progress” as perceived by the contemporary Western minds, unthinkable even among America’s more traditionalist Christians. A defining characteristic of contemporary Western thought is its weak and sentimental (perhaps feminine?) failure to make tough decisions even in the face of calamity. Like Pentti Linkola [9]‘s metaphorical men who continue filling the lifeboat until it sinks, our own ideologues and policymakers would rather just demographically dwindle into the pages of history than do something as extreme and hurtful as tell an ambitious young woman that she’s not allowed to be an engineer.

While the future does indeed belong to groups willing and able to make these sorts of uncomfortable decisions, I believe we should focus first on finding ways to increase the absolute social status of men. Is it a zero-sum gender war with the solution being to harshly and firmly limit the ambitions and horizons of women? Perhaps, but I believe there’s a more constructive solution. To reintroduce the traditional gender dynamic, I propose that we focus more on pulling our males up than on pushing our females down. [10]The path forward isn’t through discouraging female education and ambition altogether, but through the defense and development of male fraternity in martial vanguards, sacred rites, and mercantile guilds. While the first two are indeed vital and necessary, they’re insufficient in our mercantile age. If we truly wish to raise male status and achievement in a constructive manner, in an era where status and achievement is primarily defined in economic terms, then we must revisit the concept of apprenticeship, of stewardship in identifying young men of the proper potential and inclination, and guiding them in the mastery of a lucrative craft.

The tradition of guild apprenticeship survives in patriarchal communities, but has virtually disappeared in the West’s dominant culture. To the extent that any spirit of apprenticeship remains, it’s almost entirely limited to women and minorities being encouraged to uplift and advance their own. The recent Hollywood film Finding Forrester tells the story of a reclusive White male played by Sean Connery apprenticing a promising Black youth in his craft of writing. The Blind Side, Precious [11], and an entire genre of movies featuring liberal White (and light) teachers engaging hip inner-city students all encourage us to target the racial and sexual other for stewardship and apprenticeship. The classic play Pygmalion tells the story of a British socialite taking a female street rat under his wings and vaulting her into high society.

What you don’t see often are stories about our own natural leaders targeting and grooming our next generation of young men for success.

Fraternity is vital, but it must be a patriarchal sort of fraternity. I found James O’Meara’s recent article (“Wild Boys vs. ‘Hard Men [12]‘”) enlightening, but I believe he suggests a dichotomy and conflict between family and fraternity which is both inconsistent with the historical record and inconsistent with our social development and reproductive success. As the aforementioned Foreign Policy article suggests, patriarchy, fraternity, and strong traditional families are a veritable sociocultural trinity reinforcing one another. While there will always be brotherhoods which entirely eschew families in pursuit of their prerogatives and there will always be family men unencumbered by meaningful fraternal bonds, robust and ascendent civilizations are found at the intersection of family and fraternity.

The recent decline of the effete urban industrialized male is unsurprising; the recent disinterest of our women in submitting to them is unsurprising; and the demographic consequences of this breakdown in the psychosexual dynamics of the mating process is unsurprising. Some of the manosphere’s “game” tactics can be useful in helping our young men mimic some of the affectations of males with high social status and cast aside many of the feminist and egalitarian tropes they’ve inculcated from our prevailing culture, but the only lasting solution is a return to fraternity. The return on investment in a return to fraternity will be a generation of young men with the skill, status, and discipline necessary to inspire our young women to make the ultimate investment in them.