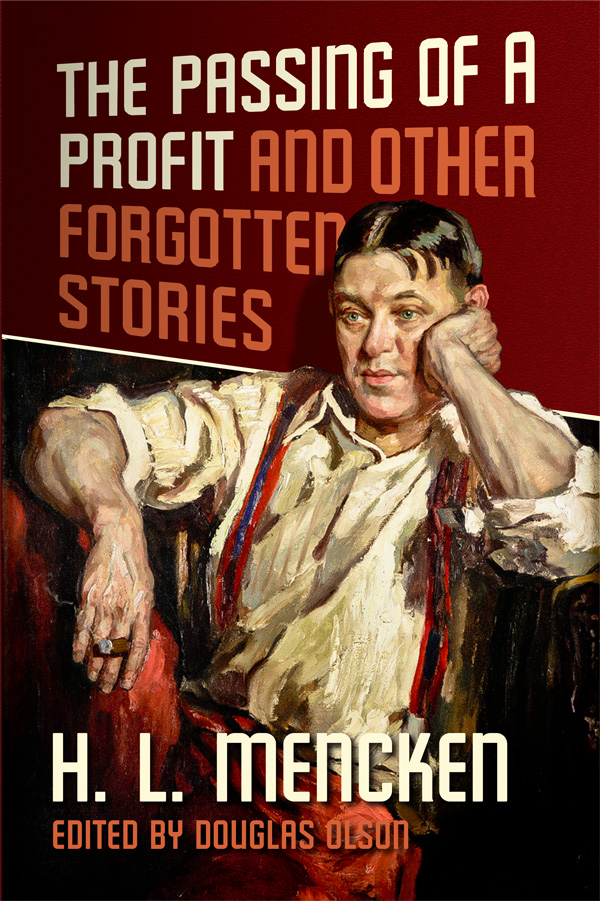 About The Passing of a Profit

Before H. L. Mencken became “Mencken” he tried his hand at writing short stories for a wide variety of popular magazines. But ultimately he decided that fiction was not his forte and instead focused his energy on the essays and criticism that made him famous.

Mencken’s short stories have been virtually forgotten: omitted from bibliographies, overlooked by scholars, and available only to intrepid readers who hunted down copies of the original magazines. Thus Douglas Olson’s collection of 17 forgotten stories written between 1900 and 1906 will be welcomed by Mencken aficionados.

Sparkling with Mencken’s trademark wit and irony, most of these stories are about “ugly Americans” pushed to their limits in dealings with “others”: women, Europeans, Latin Americans, and Blacks. Several stories draw upon Mencken’s travels in Jamaica. Although most of these stories are light farces with abrupt endings, “The Last Cavalry Charge” (1906) is a terrifying prophecy of the mechanized slaughters that were soon to define the twentieth century.

Nobody who loves H. L. Mencken’s voice will be immune to the charms of these stories. It is not often that a new book appears by a writer who has been dead for more than 50 years, but this volume will be new to virtually everyone. The Passing of a Profit is obligatory reading not merely for Mencken scholars but also for his legions of avid admirers.