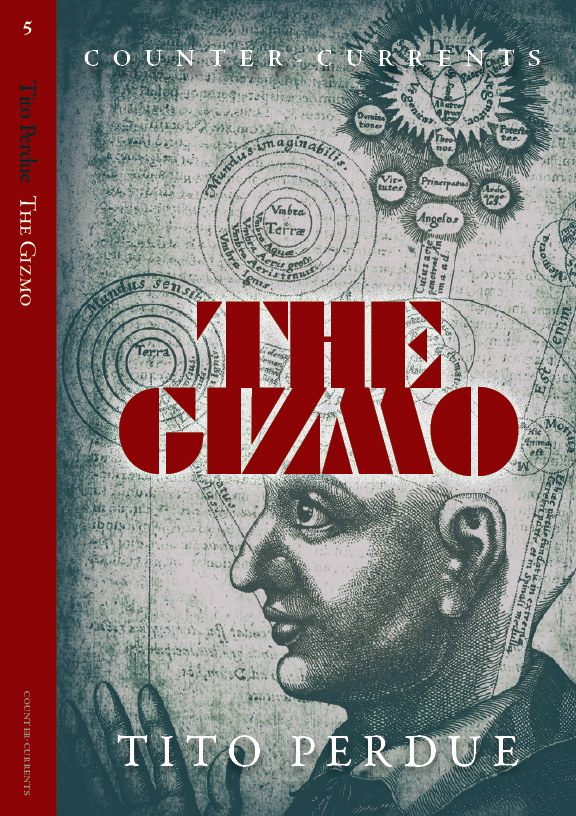 “One of the drollest and most inspired creations of Tito Perdue’s imagination is the ‘escrubilator,’ a piece of technology whose multifarious features and functions make it as impossible for the reader to visualize as Gogol’s nose that abandoned its owner and left town disguised as a civil servant. Tito Perdue’s nineteenth novel, The Gizmo, tells the story of how a small group of misanthropic, septuagenarian geniuses created the escrubilator to escrubilate the whole modern world. But, like all technologies, this one seems to have escaped the control of its creators.”

—Greg Johnson, author of Toward a New Nationalism

Tito Perdue was born in 1938 in Chile, the son of an electrical engineer from Alabama. The family returned to Alabama in 1941, where Tito graduated from the Indian Springs School, a private academy near Birmingham, in 1956. He then attended Antioch College in Ohio for a year, before being expelled for cohabitating with a female student, Judy Clark. In 1957, they were married, and remain so today. He graduated from the University of Texas in 1961, and spent some time working in New York City, an experience which garnered him his life-long hatred of urban life. After holding positions at various university libraries, Tito has devoted himself full-time to writing since 1983.

In 2015, he received the H. P. Lovecraft Prize for Literature.