A Political Prisoner on the Meaning of January 6 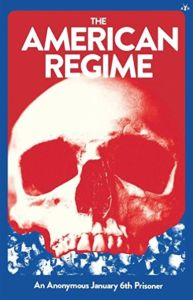 On January 6, 2021, a large group of mostly peaceful protestors entered the US Capitol to protest the fraudulent election of 2020. The bulk of the protestors milled around aimlessly and took selfies. They were met with a vicious response from the police. Ashli Babbitt, an unarmed US Air Force veteran, was shot in the neck by a sub-Saharan law enforcement officer with a record of professional infractions. Others died in different police actions and the deliberate withholding of first aid by the authorities. The “rioters” were protesting the fact that an obviously senile man won an election by means of fraudulent mail-in ballots that were suspiciously dumped in the middle of the night and counted in secret by election officials who were determined to oust President Trump.

Protestors aligned with the Democratic Party routinely storm official proceedings to disrupt them. Leftists intervened during Jeff Sessions’ confirmation hearings, and they routinely invade the hearings for the Supreme Court’s conservative nominees to the Supreme Court, most notably Brett Kavanaugh’s in 2018. And in 2011, a mob of Democrats occupied the Wisconsin State Capitol for days on end to oppose the passing of Wisconsin Act 10, with support from both the mainstream media and the Obama administration. Moreover, the US government is well-known for sponsoring protests against foreign regimes around the world.

Despite the precedent set by the Democrats and other Leftists, the establishment came down hard on the January 6 protestors. The FBI continues to search for and imprison those who were involved, and prison sentences have been long and harsh. There have been rumors of beatings, solitary confinement, and deliberate withholding of medical care, among other problems.

Despite the superficial similarity to liberal shenanigans of the past, the establishment is correct in recognizing that the January 6 protest was something new. The temporary occupation of the Capitol reflected a revolutionary rejection of the current social narrative. The larger reasons why the current order was rejected the January 6ers has not been articulated. Until now.

In The American Regime, an anonymous January 6er spells out its meaning from his jail cell. He starts by looking at America’s founding myths.

Modern America’s founding myths are comprised of four parts, with another myth possibly being in the process of development. The first is that of the American Revolution. Like all important historical events, the American Revolution wasn’t a simplistic story of “good” patriots squaring off against “bad” British and loyalists; it was a just fight for greater self-determination.

Of all the myths, the American Revolution is the one most revered by all sides of the political spectrum. It is the conservatives, however, who miss the central problem contained in that myth. There was Leftist poison mixed in. The author writes that

. . . the central piece of the original foundation myth of the American nation is a radical revolutionary movement of agitators with arguably left-wing ideals, utilizing a Jouvenelian middle-low verses high revolution strategy . . . Therefore, it is impossible for any spiritual or political awakening to occur which can be characterized as being further to the right of the origin story of the nation. (p.13)

The American Revolution myth is the Old Testament to the New Testament of the US Civil War, which is the nation’s second founding myth. In recent times, the story of the Civil War has been boiled down to a fight over the fact that bad white Southerners were holding sub-Saharans in unjust bondage, and who were then defeated by a bi-racial Union army. Not only is this something less than even a half-truth, it also ignores the fact that slavery existed everywhere — and continues to exist today. It likewise ignores the fact that Lincoln was keen to deport all the sub-Saharans to their fatherland in Africa. It thus falsely repaints the war as one that was fought for today’s American values of social justice and equity.

The third is World the Second World War, as well as the Holocaust. Like the Civil War, the story of the war has been reduced to that of a multicultural army defeating traditional European whites in order to save the Jews.

The theory of civil rights is today official American doctrine and arguably a state religion, even more so that the previous American legends, likely owing to its relatively recent occurrence. The watershed movements of this foundation myth were Brown v. Board of Education, the Civil Rights Act of 1964, the Hart-Celler Act, and the anti-war movement in reaction to the Vietnam War. (p. 20)

After “civil rights,” America jumped off a cliff of sexual and moral perversion.

The first myth is a workable enough foundation for a nation to exist upon, but as the other myths were added, the philosophical contradictions built up to the point that, eventually, the dominant social narrative became one where the descendants of the men who landed on Omaha Beach are now “Nazis” who are seeking to take away the “civil rights” of non-whites – even those who only came to America recently, whether legally or illegally. 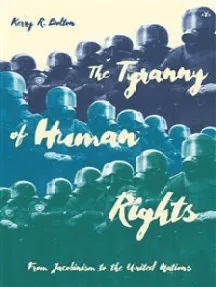 You can buy Kerry Bolton’s The Tyranny of Human Rights here.

Donald Trump was elected to deal with three universally understood problems in American society that have persisted since the end of the Cold War. The first is that the America’s system of alliances is too large. NATO has been extended too far to the east, and Americans should have ceased defending South Korea in 1991. A corollary to this is the continuous push for further deployments in the Middle East, despite the obvious problems that inevitably accompany them.

The second is the replacement-level immigration caused by the 1965 Immigration Act.

The third are those trade policies first enacted by the George H. W. Bush administration and which have been followed by every administration thereafter, leading to the gutting of American industry.

Until Trump was elected, the forces which were driving these problems remained unseen. After Trump’s election, they came out in force. Ironically, those forces that claimed “democracy” was under threat by Trump are themselves the threat to democracy. The Anonymous January 6er argues that blogger Curtis Yarvin is on the right track by pointing out the fact that there is a “Cathedral” which dominates American society. He writes:

The Cathedral theory stipulates that the current main power structure in the United States and the Western democratic world is operated through the centers of information, led by the university system, which maintains a monopoly on intellectual thought, most relevantly in the social sciences and humanities but also in the STEM fields. The result has been a disaster for intellectual rigor and the health of the collective American mind, along with the “discrediting” of fields that would have otherwise proven useful to humanity such as evolutionary psychology and comparative humanity population study. (p. 96)

In addition to the “Cathedral,” which controls the flow of information through universities and other nodes, there is a collection of interest groups that exert a negative influence on Americans. These include Big Tech, the pharmaceutical companies, military contractors, government agencies such as the CIA, and agribusinesses.

None of the above organizations can compete with the organized Jewish community for power, however. The author writes:

Without exception, the Jewish spirit in America and the West in general has been adversarial to the European order, by agitating for costly wars, racial intermixing and conflict, immigration, anti-Christian secularism, and replacement level immigration. (p. 172)

What to do about it?

A spiritual sickness has infected America, and those that control our society are not immune to it. For example, “[t]oday we see an incredible amount of miscegenation, homosexuality, and transsexuality among the Diaspora Jews and even in Israel, phenomena that were once largely on the fringe” (pp. 244-5).

The transsexual movement is likewise remarkably similar to the child sacrifices to vicious gods that were practiced by bygone civilizations such as the Aztecs, the Canaanites, and the Carthaginians. With transsexualism, wealthy and high-status white Americans are sacrificing their children to demonstrate their belief in the current order. This will end badly. All societies that practiced human sacrifice end up being destroyed. Thus, the author concludes:

While the demonic elite will eventually be defeated, perhaps being crushed under the weight of their own utopian system, it remains necessary to combat these forces, if not just to know in your heart that you contributed to a battle greater than yourself, while most other sluggishly crawl through a meager existence in the fallen world, then hopefully cause a knock-on effect for the next cycle of civilization — perhaps even the inheritor of Western civilization. Most importantly, we must, God willing, defeat this satanic system before an unnecessary amount of damages is incurred on the world. (p. 255)

The American Regime shows that January 6 was about more than Donald Trump. The ideas which Trump represented — Trumpism — were not a mere cult of personality, and January 6 was more than a protest against a fraudulent election. It was a desperate action against a darkening, collapsing, and evil system. The American Regime shows this clearly and eloquently.

« Counter-Currents Radio Podcast No. 520 Inside Serbia with Marko of Zentropa

» Davos, or the Technocrats’ Ball