The Ukraine War, One Last Time 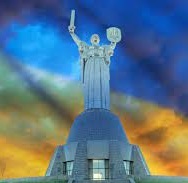 Author’s Note: This is my opening statement in my debate with Mark Collett on the Ukraine war hosted by Joel Davis on YouTube on Saturday, October 15th. I got cut off at the end. The last three paragraphs were written for the very end of the debate, but by then the format had broken down, and there was no way to get it in.

I want to thank Joel for hosting and moderating, and Mark Collett for joining me in what I would like to bill as a civil airing of differences on the Ukraine war.

The first question we need to ask is: Why are White Nationalists commenting on this war in the first place? I am under no illusions that my opinions on this war, one way or another, will have any effect whatsoever on the consequences. So why talk about it at all?

Because even if my commentary will have no short-term effect on the war, I am playing a much longer game. I am an advocate for White Nationalism. As I define it, White Nationalism is a species of ethnonationalism, the view that the best world order consists of sovereign nation-states for all peoples who aspire to them.

Ethnonationalism is the best global order for two principal reasons: First, it respects the differences between peoples and races and secures their own spaces in which they can live according to their own identities; second, multiracial, multicultural empires are cauldrons of ethnic strife, hatred, and the erasure of identity. By separating warring tribes into their own homelands, ethnonationalism promotes peace.

Ethnonationalism is opposed to imperialism in all its forms. Imperialism is a form of multiculturalism, in which different peoples are subject to a single political order, which again encourages hatred, conflicts, and cultural destruction. Ethnonationalists do not, however, oppose trade and cooperation between sovereign states, including the creation of customs unions to facilitate commerce and defensive pacts to deter aggression.

The main reason I comment on the Ukraine war is to show the relevance of the White Ethnonationalist idea. Russia is the world’s largest land empire, and it used to be much larger, embracing Finland, the Baltic states, Poland, Belarus, Ukraine, Moldova, the Caucasus, and the Central Asian Stans. After the Second World War, it ruled the Warsaw Pact nations as well. After the collapse of Communism, these nations gained their independence.

Post-Communist Russia is an obscenely rapacious oligarchy ruled largely by former Communists, including state security agents like Putin, tyrannizing over a profoundly degraded and demoralized populace with astonishingly high rates of alcoholism, drug abuse, divorce, abortion, HIV infection, and domestic violence. Imagine an America where, outside of New York and Los Angeles, everything else consists of West Virginia and Indian reservations.

Russia’s ruling elite openly mourns the collapse of the Soviet Empire and dreams of putting it back together. Russia fought two bloody wars against Chechens trying to gain their independence. Russia uses ethnic Russian minorities in neighboring states as fifth columnists and pretexts for interventions. Russia has fomented Russian riots in the Baltic states. Russia has fomented secessionist and irredentist wars in the Caucasus, Moldova, and Ukraine. About the only former imperial possession Russia has not meddled in is Belarus, a wholly subservient satellite state.

After the collapse of Communism, Ukraine had a referendum on independence. Every single region voted for independence from Moscow. In 1994, Russia and the United States were parties to the Budapest Memorandum, which recognized Ukraine’s 1991 borders in exchange for nuclear disarmament. Despite this, Russia has worked for decades to turn Ukraine into a Belarus-style satellite. Ukraine overwhelmingly favored pursuing European Union membership. In 2013, Russia tried to prevent this with economic sanctions. Then Putin simply bought Ukraine’s President, Viktor Yanukovich, who abruptly reversed course on EU membership, which sparked the Maidan revolution, a glorious outburst of Ukrainian national populism which Russia slanders as an American intelligence operation. Meanwhile, Russia launched its own military and intelligence ops in Ukraine, seizing control of Crimea and fomenting separatist movements in the Donbas. Now, eight years later, Russia has invaded Ukraine with the express aim of “regime change” and “de-Nazification.”

Ukraine, Russians claim, is a fake country. Ukrainians think they are a different people, but this is false consciousness, which they must be educated out of by destroying their language and national identity. This is a war of imperial conquest, pure and simple. Its frank aim is cultural genocide. Its pretexts — the Donbas “genocide,” NATO encroachment — are transparently cynical, not to be taken seriously.

But again, our sympathies are not going to change this war one way or another. The only reason I comment on it at all is to uphold the correct ethnonationalist principles and show their relevance, because I hope that in the very long run, if we can get enough people of vision and good will on our side, ethnonationalism might create a better world, free from horrors like the Ukraine war.

I do, however, wish to make one brief nod to Realpolitik, specifically with regard to the White Nationalist movement itself, because in this context, the things I say actually can make an immediate difference.

Vladimir Putin is very bad for White Nationalism: in Russia, in Ukraine, and in the West. After taking power, Putin passed sweeping anti-“hate” legislation, which was used to target not just outright National Socialists but milquetoast immigration reformers. Putin also set up a fake nationalist movement, Nashi, that combines the usual raft of conservative cultural values with Russian imperialism, which is a multicultural ideology opposed in principle to all forms of ethnic nationalism.

Putin’s fake Russian nationalist movement has aggressively courted nationalists in the West. I remember in 2014, when Leonid Savin, one of Dugin’s followers, submitted an article on “Donbas Ethnonationalism” to Counter-Currents. I was offended. Did he really think I was that stupid? I remember a conversation with a Eurasianist who said that suitcases of Russian and Iranian cash could appear if one gave platform to their propaganda. I was pretty sure he was dreaming.

Beyond that, you can’t get to an ethnonationalist world if you are suddenly willing to shill for Russian imperialism and anti-nationalism. Today our movement’s only advantages are the truth and the credibility one wins by speaking it. Compromising one’s principles and credibility for . . . what, exactly? . . . is simply self-defeating. But, given the behavior of some nationalists in the US and Europe, I suspect they were taken in.

This is a battle I can fight and win, which is why Counter-Currents has taken a leading role in combatting the Russian subversion of the White Nationalist movement since 2014.

As a White Nationalist, my worst nightmare would be a Donald Trump dictatorship. Why? Because Trump is committed to a multicultural, multiracial, civic nationalist vision of America. Given that, even if he built a wall, the white race in America would be relentlessly eroded by differential fertility, miscegenation, and legal immigration — and under a Trump dictatorship, there would be no way to change it. Trump would turn countless potential Right-wing dissidents into plan trusters, who would embrace and make excuses for white genocide as long as Trump appealed to their conservative values and authoritarian personalities. Imagine the fate of Kevin MacDonald under the dictatorship of the man who pardoned Jonathan Pollard. Imagine the fate of Jared Taylor under the dictatorship of the man who gave us criminal justice reform and proposed the Platinum Plan.

How to end this war? If there were justice, Russia would go back to its 2013 borders, pay reparations, and put Putin’s head on a spike on the Kremlin wall. Sadly, there won’t be justice. There will just be a negotiated settlement. But there won’t be a negotiated settlement until Putin is beaten on the battlefield. So first military aid, then diplomacy.

If the negotiations were conducted according to ethnonationalist principles, then the ethnic strife in the East would be terminated in two ways: moving borders and moving people. There should be fair referendums voted on solely by people who occupied the disputed territories in 2013. The 2014 Crimea referendum and the recent referenda in the east, conducted after ethnic cleansing and under military occupation, are insulting farces. The result of fair referenda would probably be Crimea staying with Russia and Russian separatists in the Donbas migrating to Russia.

Of course, Ukrainians would not trust Russia to keep any such agreement, and for good reason. They didn’t honor the Budapest Memorandum, after all. But Russia probably would respect Ukraine’s borders if she became a member of NATO or an equivalent mutual defense pact. Indeed, this war never would have happened if Ukraine were a member of NATO.

« This Weekend’s Livestreams
Greg Johnson vs. Mark Collett on the Ukraine War & James O’Meara on The Writers’ Bloc