Mike Maxwell of Imperium Press has written a thoughtful response to my position on the Ukraine War on the Imperium Press Substack account. Maxwell thinks that it is appropriate for White Nationalists to support Russia’s invasion of Ukraine because the Ukrainians are being supported by the United States and most other NATO members, so a defeat for Ukraine will be a defeat for our own governments, which will make our own work as dissidents easier. As he puts it, “quite clearly our highest national interests are served by the hostile ruling order at home getting its ass handed to it.”

This argument is unconvincing for several reasons.

First of all, would Ukraine’s defeat really be a serious blow to NATO and the United States? The US has survived a humiliating defeat in the Vietnam War. It has also bounced back from costly and embarrassing debacles like the Iraq and Afghan wars. So I see no reason to believe it would suffer a serious blow from a hypothetical Ukrainian defeat by Russia. The US and NATO are not even at war with Russia; they are merely aiding Ukraine. If the US can survive outright defeat in war, surely it can survive the defeat of an ally like Ukraine.

Second, let’s just grant that Ukraine’s defeat would somehow shake up the US in ways the Vietnam, Iraq, and Afghan wars did not. Would that still help dissidents? Exactly what are we being asked to imagine? The US government collapsing like the Soviet Union and David Duke becoming President? Based on what happened after the collapse of the USSR, in such a scenario we’d more likely end up being ruled by someone like Merrick Garland or Michael Chertoff.

The Japanese attack on Pearl Harbor and the 9/11 terrorist attacks were humiliating defeats for the American regime. Did they help domestic dissidents? Absolutely not. Pearl Harbor was the pretext for a government crackdown on dissidents, and 9/11 was the pretext for the creation of an omnipresent surveillance state and the abandonment of significant due process rights. All we got was the right to say “I told you so” from the margins of society. 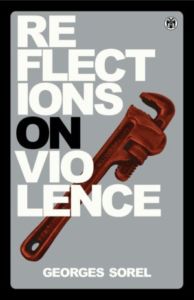 If the American regime experienced a Russian victory in Ukraine as a humiliating defeat, that could well become a pretext for further deplatforming and legal harassment of White Nationalists and others in the broader Right who have been cheering on Russia and amplifying Russian propaganda. And once such a process got started, we could only rely on our enemies’ scruples not to deplatform and jail all the rest of us, for good measure.

For these reasons, I doubt that a Russian victory in Ukraine would benefit White Nationalists at all.

Beyond that, we need to take a step back from these arguments and reflect on this whole conversation. No matter which side we cheer on, White Nationalists are not going to affect the outcome of this war one way or another. It is flattering that Russian propagandists have long tried to sway Western White Nationalists to their side, but frankly, they are deluded to think our opinions matter to this conflict at all. White Nationalists who think they can affect the war are equally delusional, and they have less excuse. The idea that we can somehow increase our political clout by helping the Russian war effort by typing words on the Internet smacks of too many hours of online gaming. We are not statesmen, occupying a standpoint beyond good and evil, able to make Machiavellian bargains to throw our weight behind one of the parties in an actual war. This does not even rise to the level of LARPing, which, after all, means “live-action role-playing.”

Moreover, the pro-Russia argument is not merely based on fanciful assumptions, it is also deeply immoral. We are being asked to cheer on a war of imperial conquest and cultural genocide launched by a Eurasian empire against a white nation, because that will somehow help us be nationalists in the West. Even if that were true, what kind of nationalism would that be, exactly? It smacks of the bad nationalism of the past, in which European nations fought with one another and were even willing to ally themselves with non-Europeans to gain advantages over fellow Europeans.

One wonders how far these “nationalists” would go. If they are willing to cheer on the destruction of a European nation by a Eurasian empire, would they ally with China, Japan, the Muslim world, or India to the same end? At that point, it would be clear that white solidarity is simply a dead letter.

The bulk of Maxwell’s article is an argument against “universal nationalism”: the idea that the best world order is one of sovereign homelands for all peoples who aspire to self-rule:

. . . framing nationalism in universalist terms is a dead end because nationalism is an inherently particularistic phenomenon. There’s an ordinality to it that is lost when the abstraction nationalism is privileged above this nation here. . . . Nationalism is putting your nation first, and while there is nothing wrong with wanting to see other nations do the same, these can’t both be the highest priority — you can’t put your nation first while also putting the right of other nations to do the same first. They will invariably come into conflict, so which is it?

Why can’t you put your own interests first while recognizing that it is not just inevitable, but also right for other individuals, families, and nations to do the same? Let’s say that ethnonationalists get the world we want. All empires are dismantled. Every people that aspires to autonomy has a homeland of its own. Is conflict in such a world inevitable?

No, not if all nations abide by the same rules, and rule-breakers are punished by other nations. What should the international rules of an ethnonationalist world order be? Simple: Each nation can put its interests first and allow other nations to do so as well by abandoning force and securing alliances and resources through voluntary, mutually beneficial exchanges.

This is a conversation that we should be having. We aren’t statesmen yet. We are a tiny, marginal, powerless minority. Yet, we have made astonishing progress in injecting our ideas into the political mainstream, largely because we have the courage to speak forbidden truths to censorious elites.

But before White Nationalists get involved in politics, we need to do more than just complain about the status quo. We need to put forward a workable alternative, explain how we can get there from here, and create a movement to bring it about. That’s why I discuss the Ukraine War. It is an opportunity to explain the real-world applicability of ethnonationalist principles. We have everything to gain by upholding these principles, and everything to lose by contradicting them to play-act as statesmen engaging in cynical Realpolitik.

« The Populist Moment, Chapter 4, Part 2:
What Is Populism?