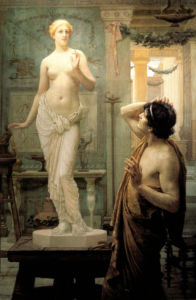 But you are more than just a donor. We think of you as a patron, like the great patrons of the arts and culture who made the European Renaissance possible. Thus, henceforth, Counter-Currents is extending a fourth privilege to Paywall members:

Also, even if you do not subscribe to the Paywall, anyone who donates $100 or more can commission an article from Counter-Currents.

The option to commission articles is, in effect, a version of the popular “superchat” function for livestreams, in which donors pay to have questions addressed by show hosts and their guests. We hope it will stimulate new thoughts among our writers and a greater sense of involvement among our readers.

» This Weekend’s Livestreams
American Krogan on Counter-Currents Radio, Thomas Steuben on The Political Cesspool & Cyan Quinn on The Writers’ Bloc